Scenes from Canucks skate: Oliver Ekman-Larsson could be a healthy scratch, Boeser to play with Pettersson and Kuzmenko vs. Lightning 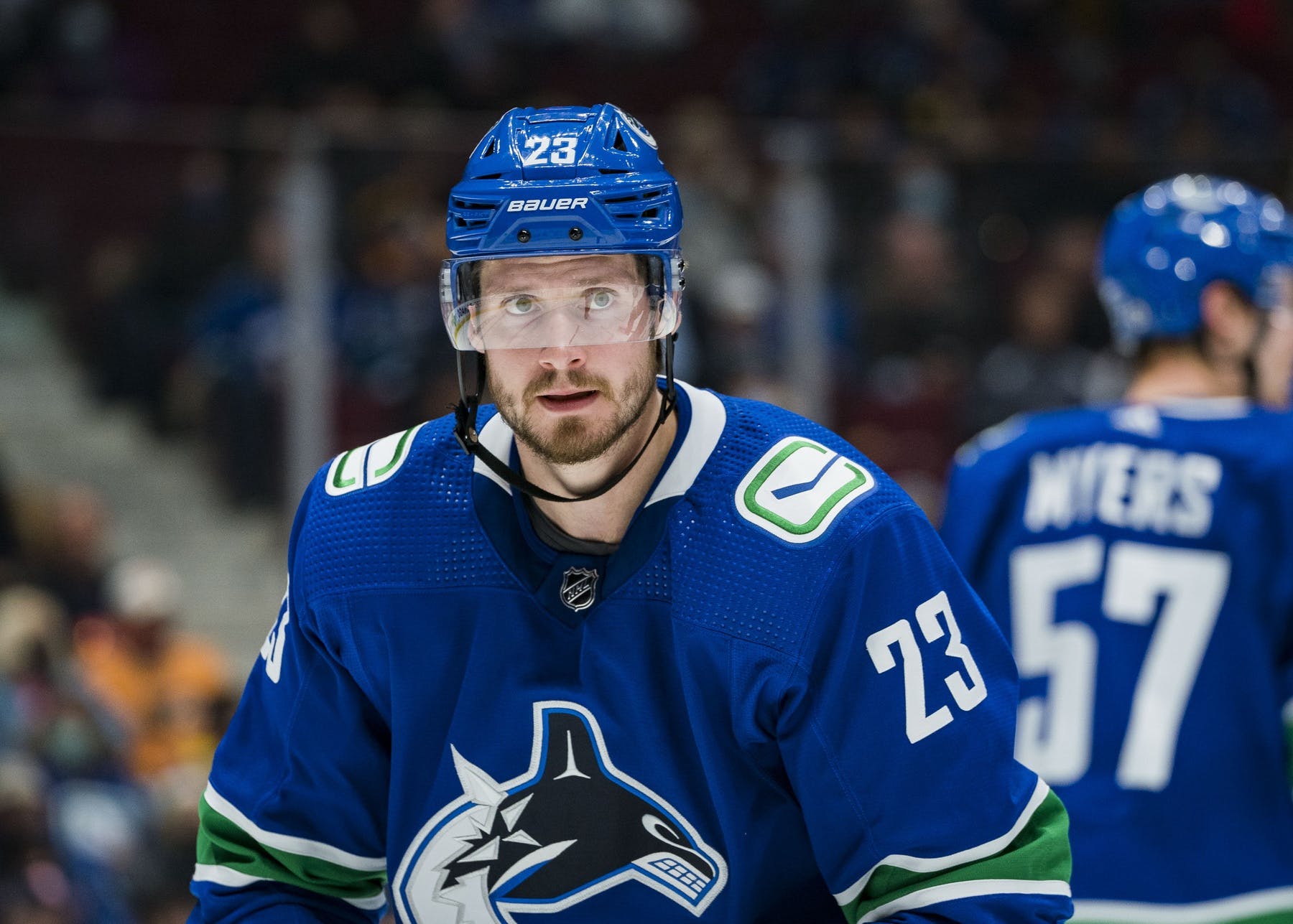 By Faber
19 days ago
Welcome to scenes from morning skate brought to you by NHL betting odds site Betway!
The Vancouver Canucks were on the ice early Thursday morning as they were living in the future that is the Eastern Time Zone.
We saw significant changes to the lineup as the team is on the heels of a 5-4 loss at the hands of the Pittsburgh Penguins. We will get to those lineup changes in the ‘what we saw’ section of this article, but first, let’s talk a bit about what the Canucks will be lining up against today in Tampa Bay.
That Tampa Bay Lightning team is 10-4-0 over their last 14 games and are beginning to really find their groove as the playoff push approaches. The Lightning are currently holding onto the third playoff spot in the Atlantic Division and would surely like to expand their lead and keep those wild-card teams at bay.
It’s likely to be a high-scoring affair as the Lightning have a robust offensive lineup that has good defenders and one of the best goalies in the world on the backend. Each of Steven Stamkos, Brayden Point, and Nikita Kucherov are point-per-game players this season with Kucherov going nuclear and trailing only Connor McDavid and Leon Draisaitl in points. Kucherov has 59 points in 39 games and has had eight games this season where he has put up three or more points in a game.
The Canucks will need to slow down the Lighting’s top line of Kucherov, Point, and Brandon Hagel to have hope of any success on Thursday.
If you’re one of those people who are rooting for the Canucks to tank, tonight feels like a good night for you.
Now that we’ve got the Lightning out of the way, let’s chat about what we saw at the morning skate.

As reported by Patrick Johnston of The Province, the lines saw significant changes.
From our view, the biggest story here is Oliver Ekman-Larsson skating on the extra pairing with Kyle Burroughs. We have not seen Oliver Ekman-Larsson healthy scratched in his tenure with the Canucks, but from the way he’s played of late — a night off certainly feels warranted.
The defence pairings obviously saw a shake-up with OEL moving out of the top six. Travis Dermott moves up to play with Tyler Myers while Riley Stillman slots in with Ethan Bear on the third pairing.
This means that the pairing of Bear and Quinn Hughes has been shuffled up and Hughes will be back with Luke Schenn.
As for the forward group, a notable change is that Brock Boeser will skate with Elias Pettersson and Andrei Kuzmenko on the top line.
Ilya Mikheyev has been a player we have liked a lot over the past few weeks as he’s been scoring but also creating a lot of scoring chances for his linemates — he is now moved to the fourth line to skate with Lane Pederson and Jack Studnicka.
The middle six sees Conor Garland on a line with Bo Horvat and J.T. Miller. Keeping Miller on the wing seems to be a good thing for this team as it’s clear that he has struggled defensively this season when being tasked with playing in the middle.
The third line should be Dakota Joshua, Curtis Lazar, and Will Lockwood as it looks like Sheldon Dries will be the odd-man out from the forward group tonight.
Now, let’s get to what was said and let you know when game time is.

Luke Schenn spoke about his time with Quinn Hughes as he will be back on a pairing with the young defenceman tonight.
“He’s one of the elite puck movers in the game and skates so well, and [is] really good at breaking the puck out under pressure,” said Schenn. “And he’s pretty good on the offensive blue line too. I’ve been fortunate to play with him but it’s been a three, four, or five years work in progress to try to earn this opportunity and I’m thankful I was given that opportunity here in Vancouver.”
Bruce Boudreau later spoke about OEL being a healthy scratch.
“That’s potentially true,” said Boudreau when asked about OEL being a healthy scratch. “I think he could be better but I think there’s a lot of guys that can be better. It’s about accountability. It’s about a lot of things. It’s something you don’t want to do. He’s arguably our best defenceman but sometimes you just have to do what you think is the best thing for the team right at that moment. And that’s apparently where I am.”
Boudreau also confirmed that Collin Delia would be in net for the Canucks but that the goaltending situation is day-to-day and that there will not be any back-to-backs played by the current duo of Delia and Spencer Martin.
The Canucks vs Lightning game is scheduled for 4:00 pm Pacific Time.
Be sure to tune in to CanucksArmy later tonight for The Stanchies postgame report, and our Instant Reaction!
Editorials
Recent articles from Faber