Scenes from Canucks practice: Höglander gets promoted to top line alongside Bo Horvat and JT Miller 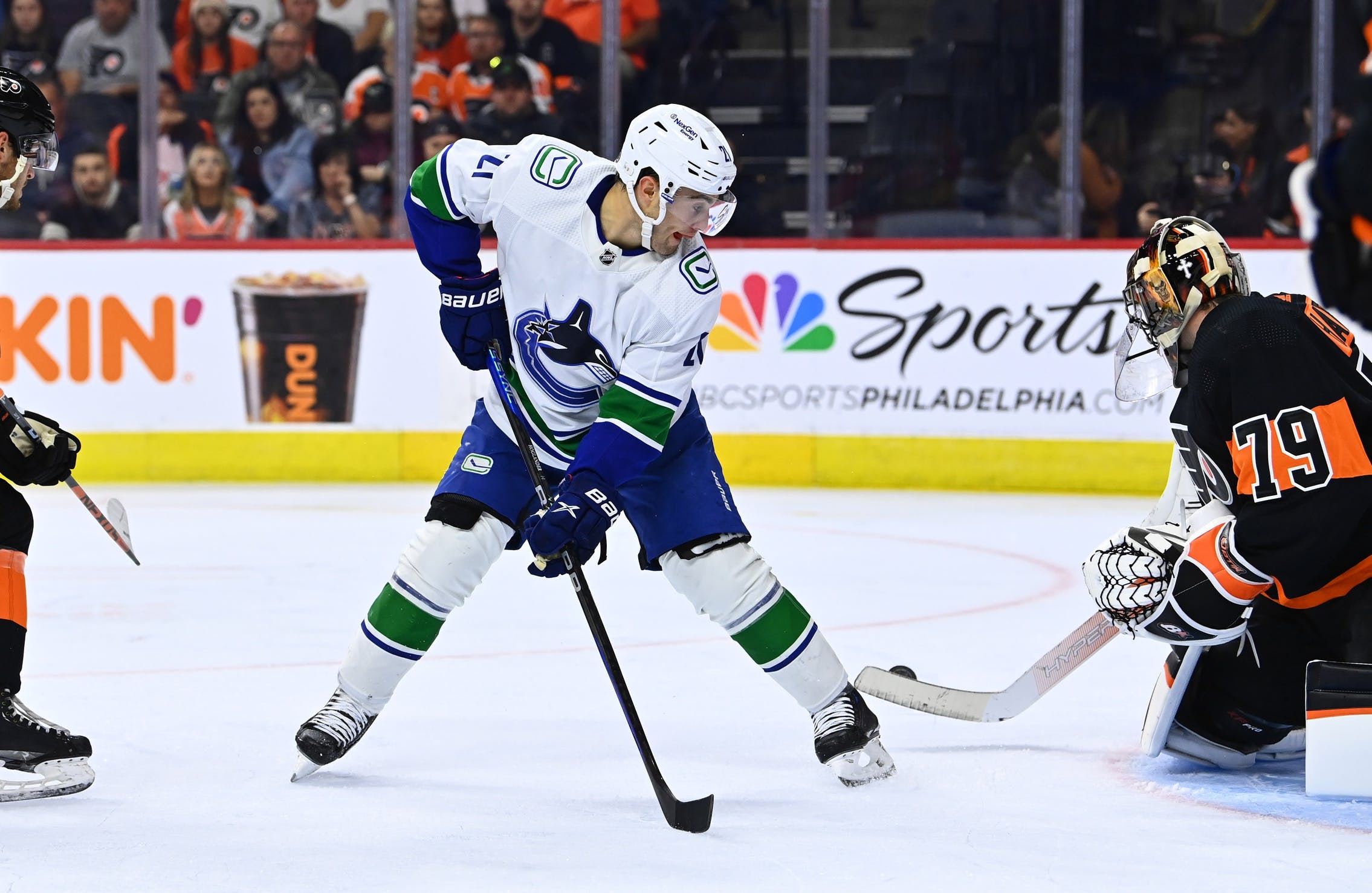 By David Quadrelli
2 months ago
Welcome to scenes from morning skate brought to you by NHL lines site Betway!
Less than 24 hours after their seventh blown multi-goal lead of the season en route to their 13th loss, the Vancouver Canucks were back on the ice at Rogers Arena Tuesday morning for practice.
Here’s what we saw at Canucks practice before the team flies out to Colorado for a date with the Avalanche tomorrow.

Bo Horvat and Bruce Boudreau led a speech before the practice began. The team seemed in good spirits and were working hard during practice before heading to the airport to fly out to Colorado.
But before that, we got a chance to catch up with some players in the locker room.

JT Miller talked about Höglander joining his line. When we asked JT about him as a linemate, Höglander, who was sitting three stalls away, said “hey I can hear you!” as a sly grin came across JT’s face as soon as we asked the question.
“I’m trying to think of something funny but I couldn’t say anything, I don’t know what I was gonna say,” Miller said with a laugh. “No I mean he’s fun to play with. Firecracker is a great way of putting it. When he’s playing his best, he’s playing simple and moving pucks quick and getting to areas and on the forecheck he’s a great skater.
“I’ve been talking with him a lot and talking to him about when I was younger and the things that helped me and that’s just being simple — and not always simple — but for the most part, sometimes you get to play a boring game to have the ice open up for you.
“We know we’re going to play with a guy that’s fast and we’re gonna move pucks quick and have to play a grindy game. We’re all trying to play the same way no matter what line we’re on.”
Bruce Boudreau later talked about the thought process of putting the trio together, and spoke about how the main point of it was to get Curtis Lazar back at centre. Bruce also said what every NHL coach says about practice and morning skate lines, urging folks not to read too much into the line combinations. Maybe some day.
“These lines today I put them together — just so you don’t read anything crazy into it — they might all be changed tomorrow, but Lazar hadn’t played centre and I wanted him to get a few reps at centre and when he does that, then all of a sudden there’s a lot of moving parts that go with it. It’s just not one guy going in, somebody has to move forward on another line. So that’s what I was thinking, but the whole point was just to let Curtis have some reps at centre because he was a former centre. We love what he’s doing on the wing, but if he gets a chance to play centre, I want to see what he’s capable of doing.”
Curtis Lazar reflected on last night’s loss and talked about the group’s desire to get back in the win column in Wednesday’s game against the Colorado Avalanche and Saturday’s rematch with Vegas.
“We’re kind of focused on Colorado right now but knowing that one’s just around the corner, it’s an opportunity. It’s going against some of the top teams in the league but, as we’ve shown, we can play with the best and there’s that fine line between winning and losing, but we’re right there. It’s up to us to fix a few things.”
Editorials
Recent articles from David Quadrelli