Sabres claim Tyson Jost off waivers and Ehlers’ surgery has all eyes on the Jets: Around the League 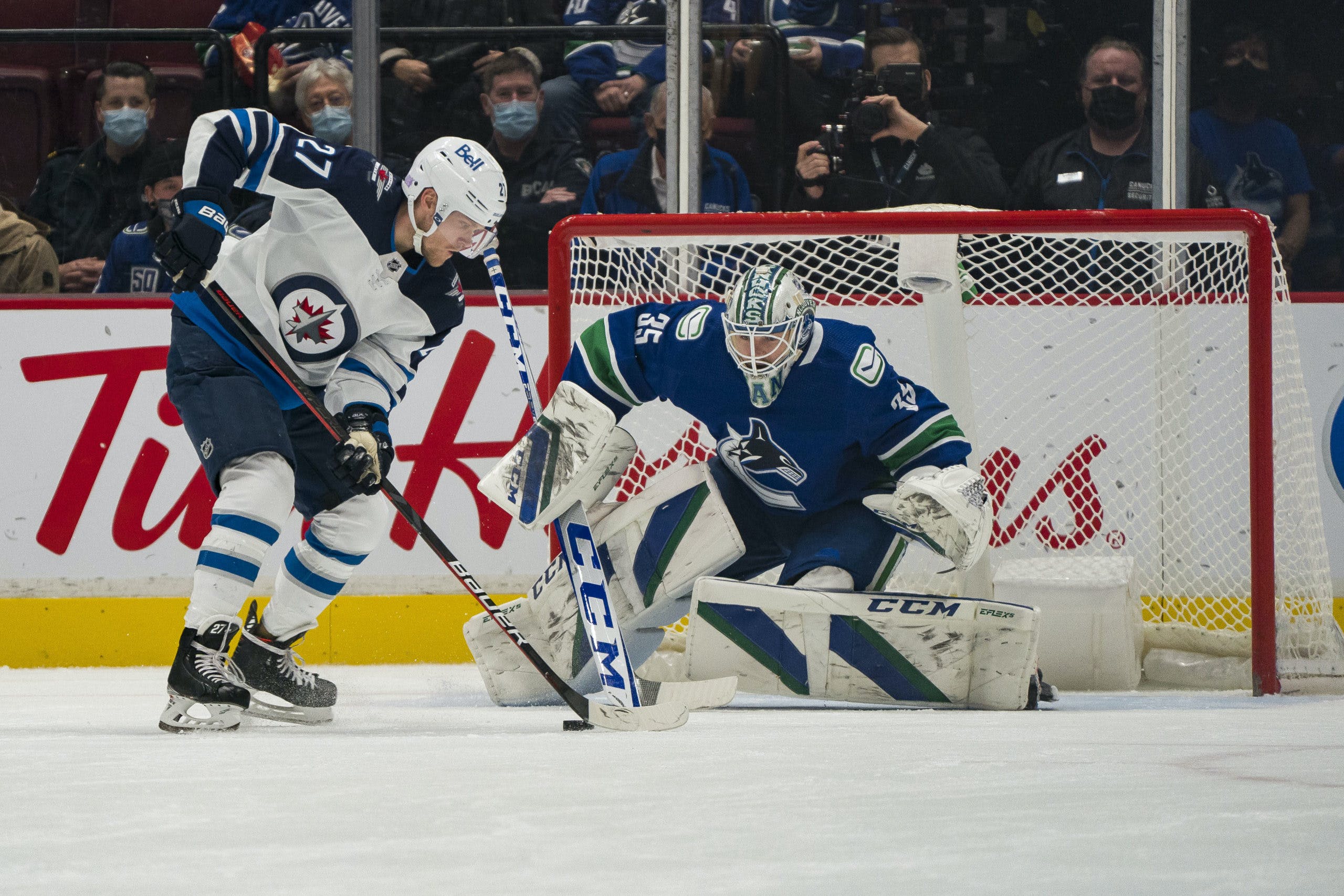 By David Quadrelli
3 days ago
Welcome back to Around the League — the column in which we examine news from around the National Hockey League, oftentimes through a Vancouver Canucks-tinted lens.
It’s been a busy week around the NHL as the checkpoint of American Thanksgiving approaches. The holiday has long served as a benchmark of sorts for clubs when it comes to their playoff hopes. If you’re in a playoff spot when the turkeys hit the table south of the border, there’s a good chance you’ll be there when the final horn sounds on game 82.
And right now, a quick glance at the standings shows a couple of storylines, with some razor-thin playoff margins, particularly in the Central Division.

On Saturday morning, Winnipeg Jets head coach Rick Bowness told reporters that Nikolaj Ehlers will undergo sports hernia surgery next week.
The 26-year-old Ehlers hasn’t suited up for the Jets since their October 17th matchup with the Dallas Stars. Bowness said that Ehlers pulled himself from that game after experiencing discomfort in the injured area.
According to John Lu of TSN, Bowness was firm in his declaration that Ehlers would play again next season, despite not being able to provide a timeline for the star winger’s return.
Through the two games he’s played with the Jets this year, Ehlers has tallied three assists.
Despite being without Ehlers for most of the early parts of the season, the Jets have stormed their way to the top of the Central Division.
At the time of this writing, the Jets sit just one point back of the Stars. Sorted by points percentage, however, the Jets are the top team in the Central. 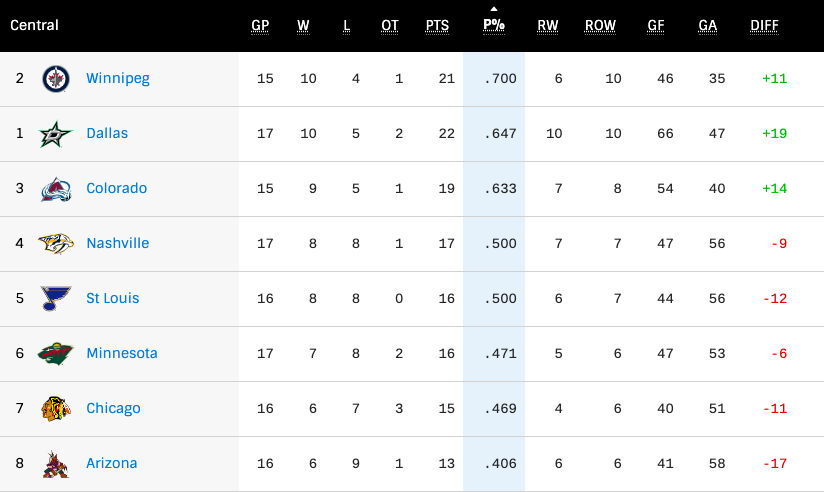 The Jets are 8-1-1 in their last ten. Life is good for them right now. But there are a few factors and teams to keep an eye on when the Jets assess their playoff hopes. These are factors the Jets are seemingly well aware of, as industry chatter suggests they may look to make a move to bolster their forward group, which currently has Sam Gagner lining up alongside Mark Scheifele and Kyle Connor on the first line.
Aside from their own lack of firepower on paper, the Jets also need to keep a close eye on the teams around them in their division.
After a horrid start and talk of a rebuild coming down from GM Doug Armstrong, the St. Louis Blues have won five in a row and are back to being a .500 team. Nashville is in a similar boat, and after a three-game win streak, the Predators are back to .500 as well while sitting fourth in the division and just four points back of the Jets.
The Minnesota Wild are certainly going to be looking to get back on track, and only a fool would think the defending Cup-champions, the Colorado Avalance, will finish outside of the top two of the Central Division.
Looking more internally, the high shooting percentages of Mark Scheifele (23.8%), Pierre Luc-Dubois (15.2%), and even Blake Wheeler (13.8%) and Sam Gagner (13.6%) to some extent, suggest that some regression in the goal-scoring department is bound to hit the Jets at some point this season.
The Jets will be without Ehlers for some time, and while it’s great news that the club is confident he’ll return later this season, it won’t matter much in the grand scheme of things if his teammates can’t sufficiently hold down the fort in his absence.
Will the Jets make a move? We’ll have to wait and see.
The Canucks certainly have a few forward who could be of service to them. Names like Conor Garland and Tanner Pearson certainly come to mind when looking at the holes in Winnipeg’s lineup.
But that’s just us trying to answer the question we always attempt to ask in this series of “but how does this affect the Canucks?”
The short answer is: it really doesn’t. Not yet, at least.
It is certainly worth keeping an eye on though, and that’s another thing we always try to do in this series.

When the Minnesota Wild placed Tyson Jost on waivers yesterday, it was almost a guarantee that some team out there would claim him.
He is a first-round pick, after all.
In all seriousness, there are things to like about Jost’s game as a third or fourth line centre. He was able to stick on the Colorado Avalanche — the team that drafted him — for years, and that in itself is a pretty good reason to put in a claim on him, even if they did flip him at last year’s deadline before their Stanley Cup win.
At 24 years old, he’s exactly what a team like the Buffalo Sabres or Vancouver Canucks would look for in a waiver claim.
There could still be upside there, and if not, he’s a fine third or fourth-line centre on an expiring contract with a cap hit of just $2 million.
His underlying data has always been a little bit up and down, with it coming as no surprise that his best years were the ones he spent with Colorado.
After a strong start to the season signalling the apparent end of the dark times, the Sabres have lost their last seven games and are clearly looking for a shake-up. Adding Jost is a smart move for them, and thanks to their current position of 28th in the NHL standings, there were just four teams ahead of them who could have prevented them from nabbing Jost by putting in a claim on him.
After a win over the LA Kings on Friday night, the Vancouver Canucks were not one of those teams.
Editorials
Recent articles from David Quadrelli