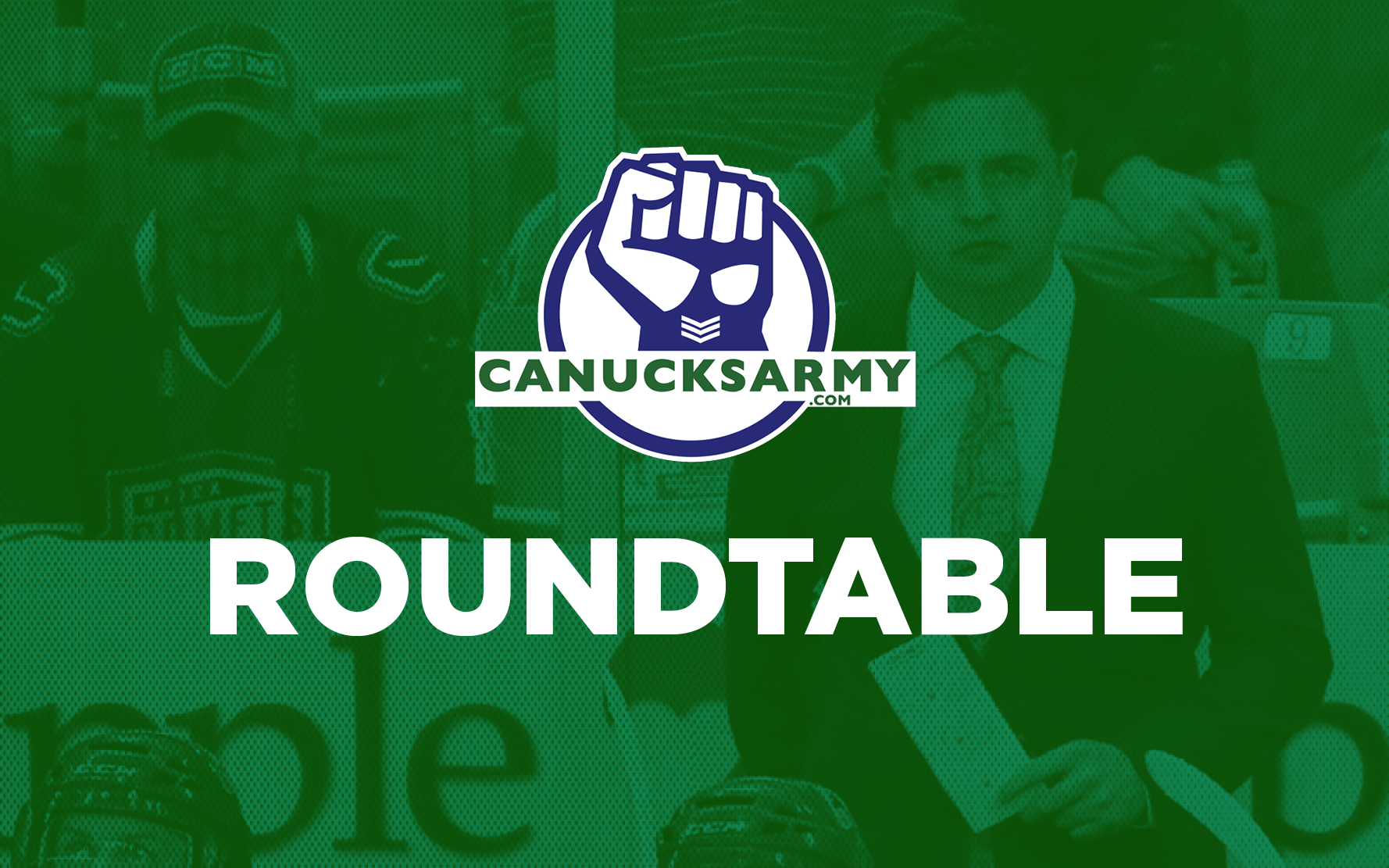 Trying to get my response in first so that I can get away with saying “Maybe.” Really, it all comes down to the market this summer, and the cap space that the Canucks are able to muster up and allocate to their various shortcoming. Most would agree that the position of 3C is either the first or second priority, in competition with that gaping hole on the right side of the blueline. Miller is one way to plug up the 3C hole, but doing so opens up another hole in the top-six.
The question then becomes a balance of probabilities. Is it easier to find a suitable 3C or top-six winger on the offseason market? Is there anyone in the organization capable of stepping into these roles? And if no solutions can be found, is the team better off using Miller to fill the hole at 3C or 1LW?
Ultimately, the chances of finding a top-six forward as capable as Miller this offseason are slim-to-none, especially with limited cap space. The focus should be on acquiring someone else to play 3C and keeping Miller on the Lotto Line. If a 3C can’t be found, then you might have to slide Miller there and switch to ‘Plan B’: namely trying to find another top-six talent or hoping beyond hope that Vasily Podkolzin and maybe someone else are ready to step into a scoring role right away.

While moving Miller to the 3C spot would help create another scoring line, the tradeoff in elite talent at the top of the lineup would not be worth it. The Lotto Line has proved that they can be one of the most dangerous trios in the league when together and the Canucks are not in a position to give that up.
Without Miller in the top-six, the Canucks are stretched far too thin and cannot create a legitimate first line. If Podkolzin arrives and he’s ready right away, that could alter the situation. Höglander taking a large step forward would have a similar effect. In that case, you have another top-six winger that can help the Canucks mitigate the issues caused by Miller moving to 3C.

This is an interesting question, and the situation could certainly change. As it stands, I think the Canucks almost have to put J.T. Miller at the 3C position, but that’s more of an indictment on their current bottom six personnel more than anything else.
The only issue is the lotto line has historically been one of few advantages the Canucks have over other teams. Splitting them up is less than ideal, but a lot can change between now and opening night. In fact, a lot will change between now and opening night.
It’s certainly not ideal, but right now, it might just be the Canucks’ best option.

The Canucks aren’t quite at a point yet where they should be sacrificing a proven goal scorer on the top line to drop him down to a 3C position and reduce his ice time. Miller on the lotto line is where he needs to be right now if the Canucks want to remain competitive. I love the idea of having Miller as a 3C, but not quite yet. I think that’s an idea for when this team is planning on having lengthy playoff runs and has some depth.
The Canucks would need to replace Miller on that top line with someone equal to the scoring pace Miller is currently producing at. Although my opinion is a no, I believe the Canucks may use Miller in that spot at some point next season with Podkolzin playing in his rookie season — just to try it out. Having Podkolzin on the wing with Miller who has been a sliver below a point per game with the Canucks – may help his development, but it could also mean less consistent scoring from the top 6 with Miller no longer there – and that’s something the Canucks cannot sacrifice right now.
Uncategorized
Recent articles from David Quadrelli