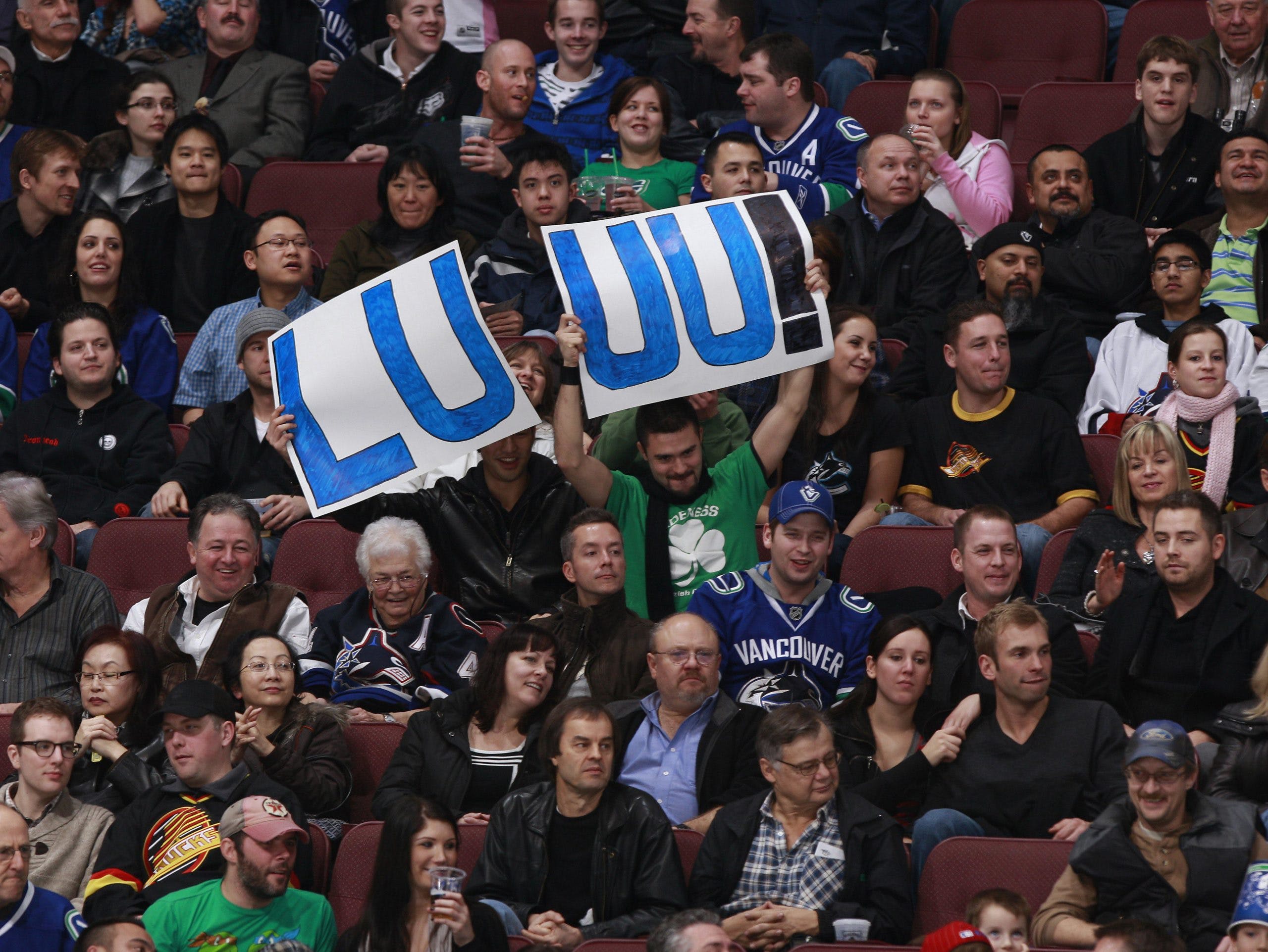 By Noah Strang
7 months ago
Vancouver Canucks fans have a lot to look forward to this off-season, including some team alumni likely being inducted into the Hockey Hall of Fame.
This year’s first-time Canucks candidates include both Sedin twins and goaltender Roberto Luongo, all of whom rank among the best and most iconic players in Canucks history.
There will be a maximum of four male players inducted into the Hall this year. With former Detroit Red Wings star Henrik Zetterberg also in his first year of eligibility, plus plenty of legends still waiting for the call (Rod Brind’Amour, Alexander Mogilny, and Daniel Alfredsson, to name a few), the newly-eligible Canucks alumni will have their work cut out for them.
If the Hall of Fame selection committee does decide to honour players like Mogilny and Alfredsson, that could leave Luongo and the Sedin twins competing against each other for one of the final spots.
While many Canucks fans would be quick to suggest that Luongo should be forced to wait in favour of the Sedins, a deeper glance at the stats and milestones shows that the goalie is the most deserving candidate of the three.
Make no mistake — none of this is meant as a slight at the twins. They absolutely still deserve to be inducted into the Hall this year. But Luongo has earned first dibs on a spot.

Luongo’s place in the history of hockey

The Hockey Hall of Fame is meant to tell the story of the game and recognize the players crucial to the history of hockey.
While the Sedins were a unique story and some of the best players in the world during their time in Vancouver, Luongo’s overall body of work is more important in the context of hockey history. Not only was he among the best at his position during his peak, but he also had incredible longevity.
Luongo currently sits at fourth on the NHL’s all-time goaltender wins leaderboard. Looking at his complete body of work, he’s one of the best goalies of all time. While his peak may not have been as strong as others, there were few that were able to remain elite for so long.
This is not to say that the Sedins didn’t also have amazing careers. However, in comparison to Luongo, they don’t rank as high at their positions on the all-time lists, and as a result, aren’t as crucial to the telling of the history of hockey.

Roberto Luongo ranks in the all-time top 10 among NHL goaltenders for games played, wins, shutouts, and save percentage. Open the record books and you can’t miss his name.
Luongo also still holds the record for most shots faced in a season. While he was able to fly under the radar because of how poor the Florida Panthers were, Luongo was assaulted with pucks on a nightly basis for the majority of his career. During his early days in Florida, the team was not very good at all, and on many nights the only way they could win was if Luongo put the team on his back.
During the 2003–04 season, Luongo posted a .931 save percentage while playing 72 games behind a horrendous Panthers team that ultimately finished with just 28 wins. Olli Jokinen was the only player on that Florida squad to score more than 20 goals. Luongo was superhuman with no support.
The sheer numbers that Luongo managed over his career boggle the mind. His name is right there beside the all-time greats like Brodeur, Hasek, and Roy in the record books, and he deserves to join them in the Hockey Hall of Fame.

The big point against inducting Luongo into the Hockey Hall of Fame is his lack of individual hardware.
Part of the reason why this happened is that Luongo’s career significantly overlapped with Martin Brodeur, one of the most talented goalies to ever play the game. (Brodeur also had the privilege of playing behind some very defence-oriented New Jersey Devils teams).
In that aforementioned 2003–04 season, Brodeur beat out Luongo for the Vezina Trophy — awarded to the NHL’s top goaltender — despite posting a .917 save percentage on a team that allowed the fewest goals in the league. As a reminder, Luongo had a .931 save percentage with the 75-point Panthers.
Brodeur faced 1,845 shots in 75 games that year; Luongo saw 2,475 in 72. And yet Luongo finished third in Vezina voting behind Brodeur and Miikka Kiprusoff, who recorded an outstanding .933 save percentage … in just 38 games, while playing on an extremely stingy Darryl Sutter-coached Calgary Flames team.
Despite being robbed of the 2004 Vezina, Luongo’s trophy case isn’t empty. He has two Olympic gold medals, including one as Team Canada’s starting goaltender at Vancouver 2010. He was also named to two end-of-season NHL All-Star Teams and, along with Cory Schneider, received the 2011 William M. Jennings Trophy.
Luongo never won the Stanley Cup. He was named a Vezina finalist in 2004, 2007, and 2011, losing each time. Even so, he was a dominant presence in goal for Vancouver and Florida for a long, long time.
There are no individual awards that recognize consistent greatness over the better part of two decades, but that’s why Luongo is the perfect candidate for the Hockey Hall of Fame.
If you had one vote for the Hockey Hall of Fame and had to choose between Roberto Luongo, Henrik Sedin, and Daniel Sedin, who would you pick?
More from CanucksArmy:
Uncategorized
Recent articles from Noah Strang