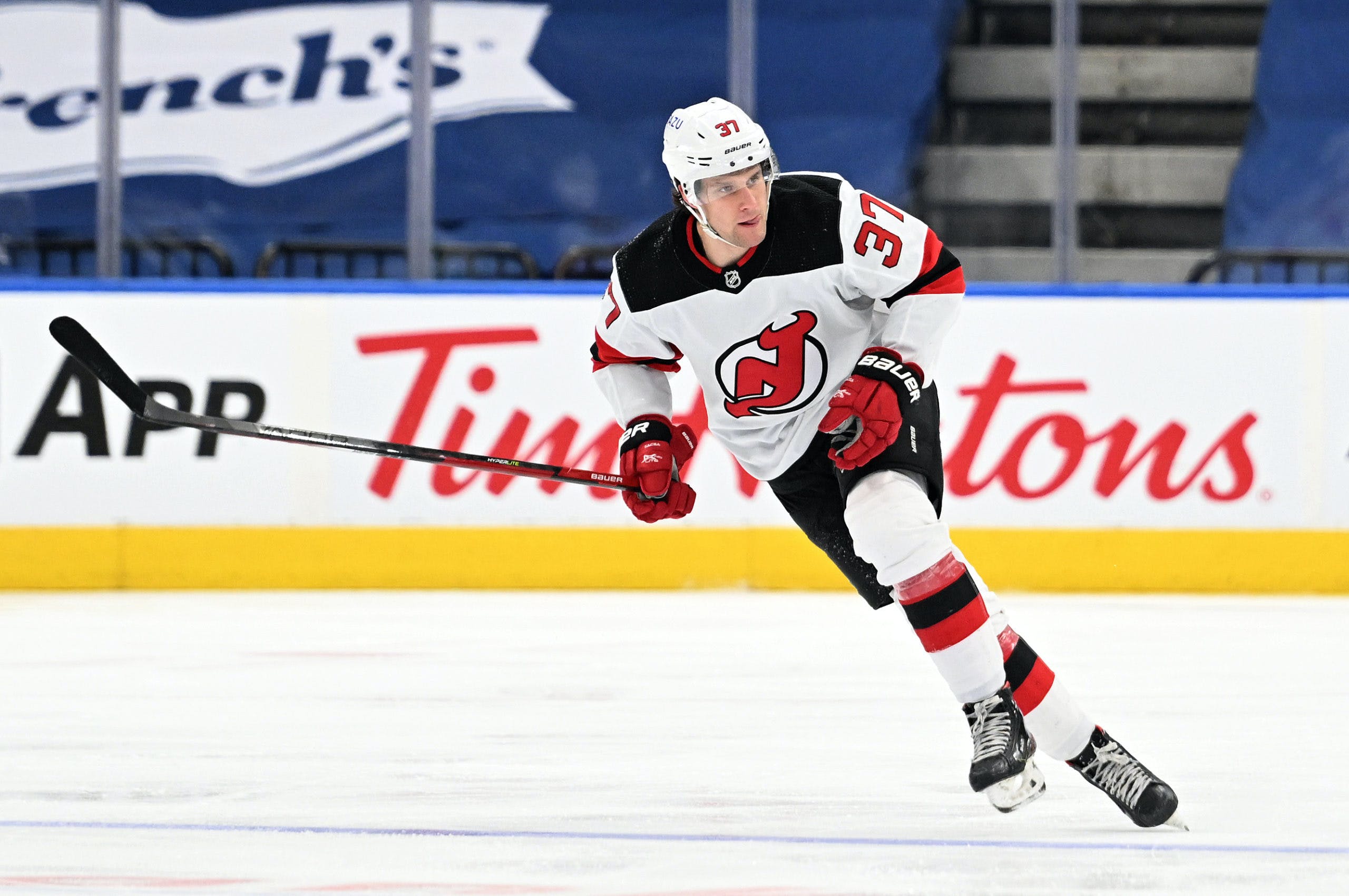 By David Quadrelli
9 months ago
The Vancouver Canucks are interested in acquiring Pavel Zacha of the New Jersey Devils, according to Sportsnet’s Jeff Marek.
Here’s what Marek had to say on the most recent Hockey Night in Canada broadcast:

“There’s been a lot of talk since Jim Rutherford took over about who’s going to be traded as Rutherford looks to massage this team into the mould that he wants, but very little talk about who might be coming in — one player we believe the Vancouver Canucks have interest in or are at least are curious about is Pavel Zacha of the New Jersey Devils. Zacha is on an expiring contract. He’s a pending RFA, but he’s one year away from becoming an unrestricted free agent, so he could take his qualifying offer and then walk after a year. He’s represented by Darren Ferris of Quartexx, perhaps that camp wants to go that route. So Tom Fitzgerald, general manager of the New Jersey Devils, has a decision to make down the middle. They have Jack Hughes, they have Nico Hischier, they have Dawson Mercer. Where does Zacha fit in? We do know the teams are calling where this goes we’re not sure, but player of interest for Vancouver — Pavel Zacha.”

At 24 years old, Zacha fits the billing as a “younger player” that Rutherford has stressed the importance of acquiring to reshape this team.
Jason Dickinson as a third line centre flat out hasn’t worked out in Vancouver, so it shouldn’t come as much of a surprise that Rutherford and his group are looking at a potential replacement in Zacha, who through 46 games this season has tallied twelve goals and 11 assists.
Check back tomorrow for a full deep dive into what Zacha brings to the table and if it’s a good fit for the Canucks.
More from CanucksArmy:
Uncategorized
Recent articles from David Quadrelli