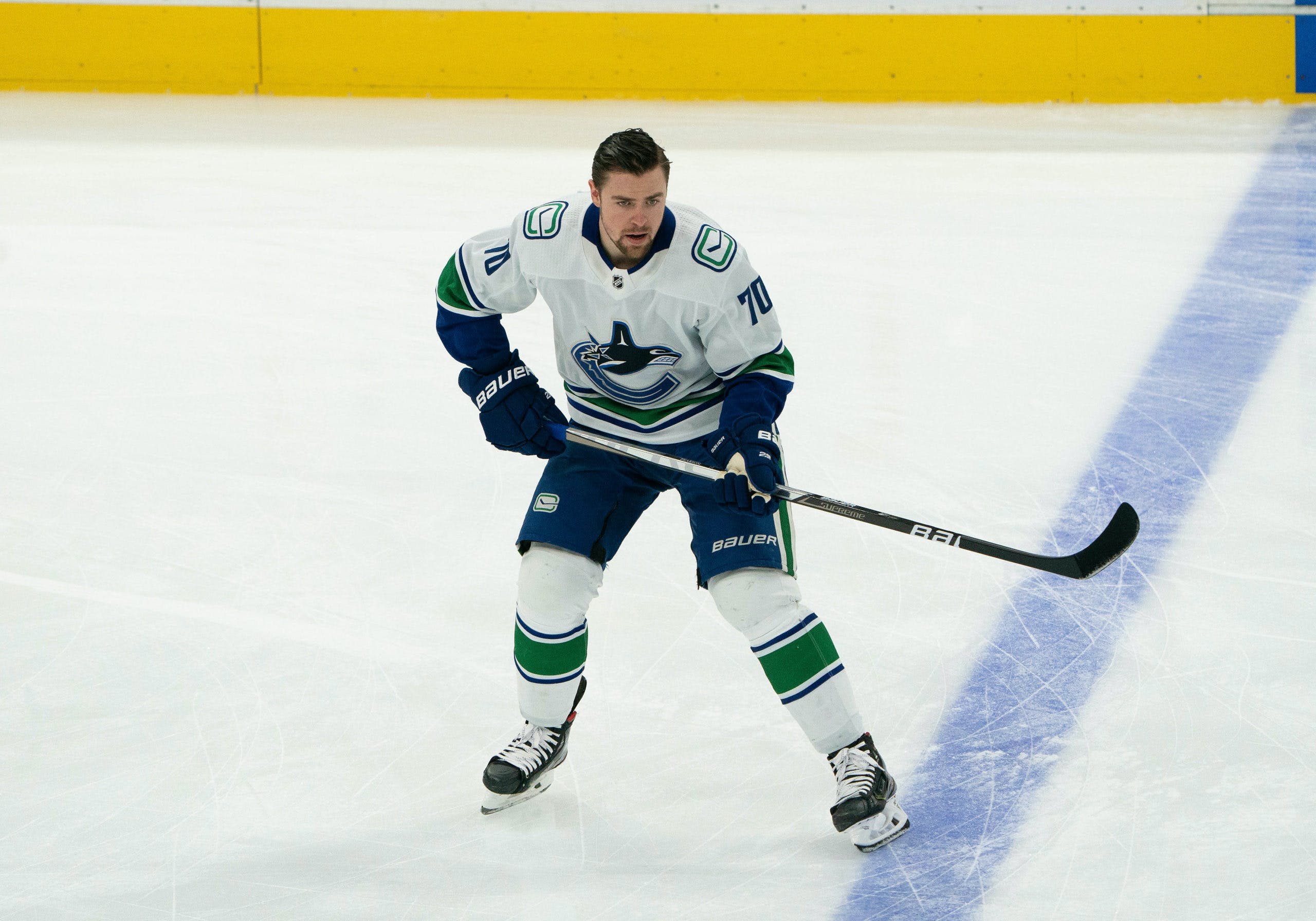 By Zach Laing
1 year ago
The Vancouver Canucks have reportedly signed forward Tanner Pearson to a three-year contract extension with an AAV of $3.25-million.
TSN’s Darren Dreger was first to report the terms of the deal. According to The Athletic’s Thomas Drance, the deal is backloaded and includes some signing bonus in the third year, but has no formal expansion protection.
Pearson, 28, is in his third season with the Vancouver Canucks after joining the team in Feb. 2019. Since then, he’s scored 68 points in 121 games with the Canucks — the best offensive production of his career.
For Pearson, he will be taking a pay cut from his current contract that had an AAV of $3.75-million.
While his raw number are good, Pearson has been caved in analytically in Vancouver. He’s posted sub-49 percent shot attempt rates, sub-46 percent goal rates and expected goal rates below 48.5 percent. His PDO has been below 100 his whole time, too, suggesting there could be some rebound to his game.
According to hockeyviz.com, Pearson drives play offensively at a one percent rate above league average, while providing defense at a four percent rate below league average.
Zach Laing is the Nation Network’s news director and senior columnist. He can be followed on Twitter at @zjlaing, or reached by email at zach@oilersnation.com.
Uncategorized
Recent articles from Zach Laing