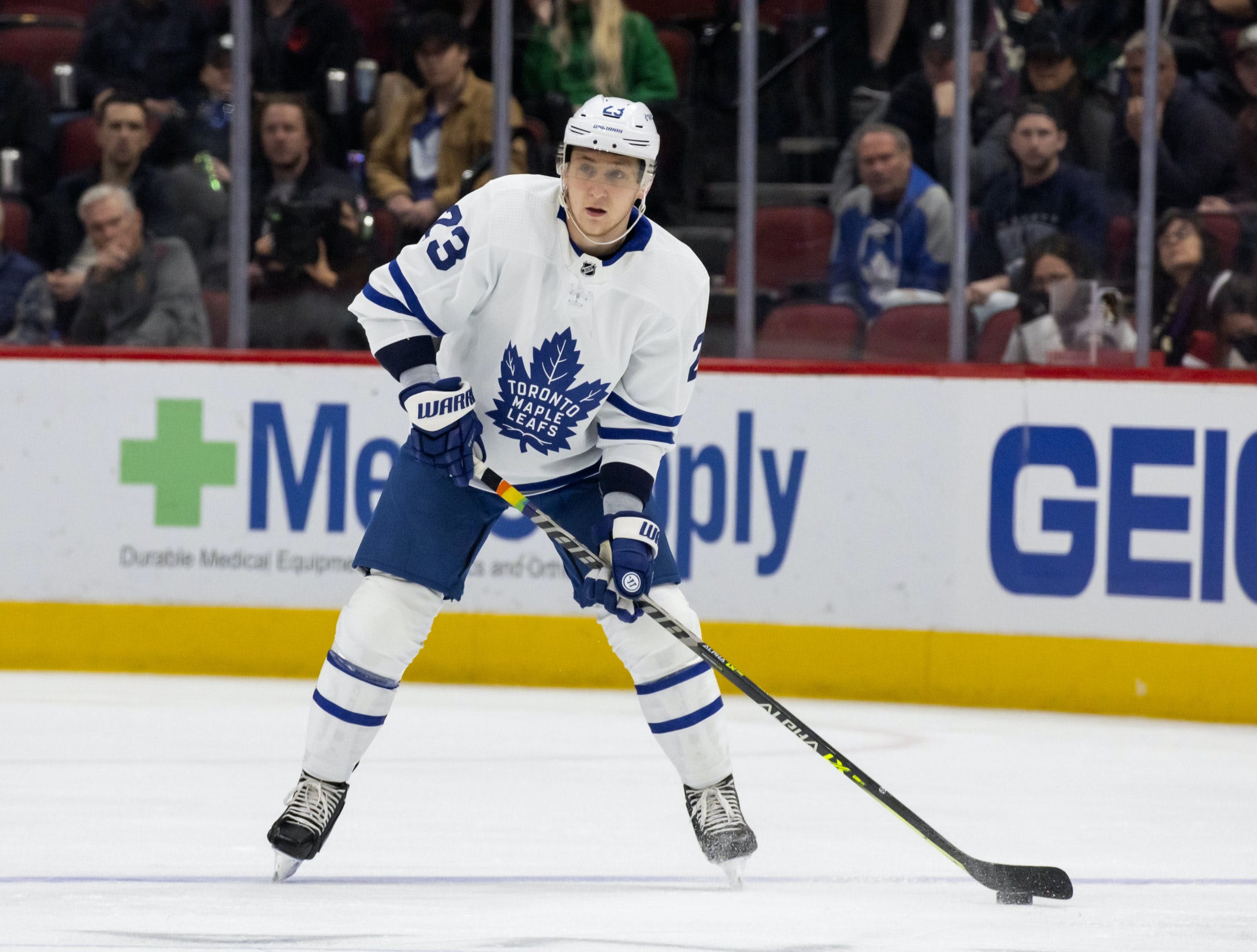 By Zach Laing
8 months ago
The Vancouver Canucks have expressed interest in acquiring defenceman Travis Dermott from the Toronto Maple Leafs, Sportsnet’s Elliotte Friedman reported Sunday.
Dermott, 25, has spent his full pro career with his hometown Leafs after being drafted by them in the 2nd round of the 2015 draft.
The 6’0, 205 lb. rearguard has appeared in 43 games this season scoring one goal and five points. Over his 251 game NHL career, he’s scored 12 goals and 52 points.
Irfaan Gaffar suggested a possible return for Dermott could be Tyler Motte or Luke Schenn, two players the Leafs are reportedly interested in.
With him on the ice at 5×5 this year, the Leafs controlled 54.83 percent of the shot attempts, 52 percent of the goals scored and 56.18 percent of the expected goals. His PDO of 99.5 suggest these are about what to expect with Dermott on the ice.
He has been solid in his own zone, as highlighted by hockeyviz.com. At even-strength, Dermott contributes five percent below league average offensively and six percent above league average defensively.
Dermott has one year remaining after this year on a contract paying him an AAV of $1.5-million.
Zach Laing is the Nation Network’s news director and senior columnist. He can be followed on Twitter at @zjlaing, or reached by email at zach@oilersnation.com.
Uncategorized
Recent articles from Zach Laing