Report: Thatcher Demko’s offseason surgery was a “minor procedure” on his knee 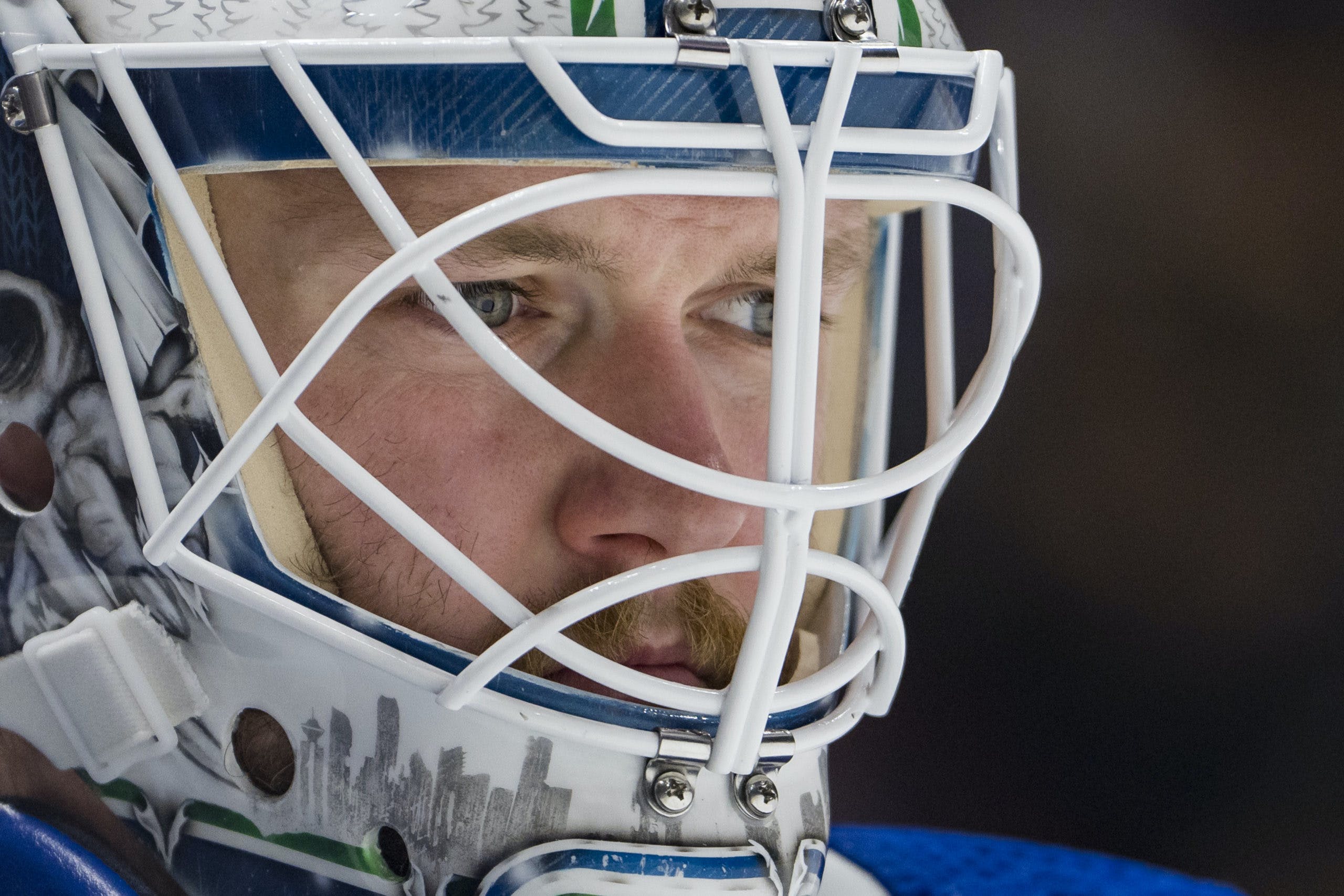 By Nation World HQ
2 months ago
Prior to training camp, Thatcher Demko admitted that he underwent a minor procedure following the conclusion of last season, but the nature of the surgery has been kept hush to this point.
But today, Rick Dhaliwal of Donnie and Dhali — The Team outlined the details of Demko’s surgery.
“Everybody thinks Demko had hip surgery last year. Not true. He had a minor procedure on his knee last year,” said Dhaliwal. “A cleaning out. I’d have to double-check, but somebody said it was 45 minutes.”
Demko has stumbled out of the gate early this season, leading to an .883 save percentage through 15 games. During Thursday night’s game against the Panthers, Demko suffered a lower-body injury, leading to speculation about what his injury could be, and if it could be a reaggravation of the injury he had surgically repaired.
Dhaliwal added that Demko will be going for an MRI today.
Prior to Friday morning’s practice, the Canucks announced that they had recalled goaltender Collin Delia from the Abbotsford Canucks under emergency conditions.
Delia signed with the Canucks this past offseason, and has an .884 save percentage and a 3.44 goals-against average through eight starts with Abbotsford. The 28-year-old Delia has 32 NHL games under his belt, and a career save percentage of .904.
More to come.
News
Recent articles from Nation World HQ