Report: Thatcher Demko would have been a member of this year’s USA Olympic team 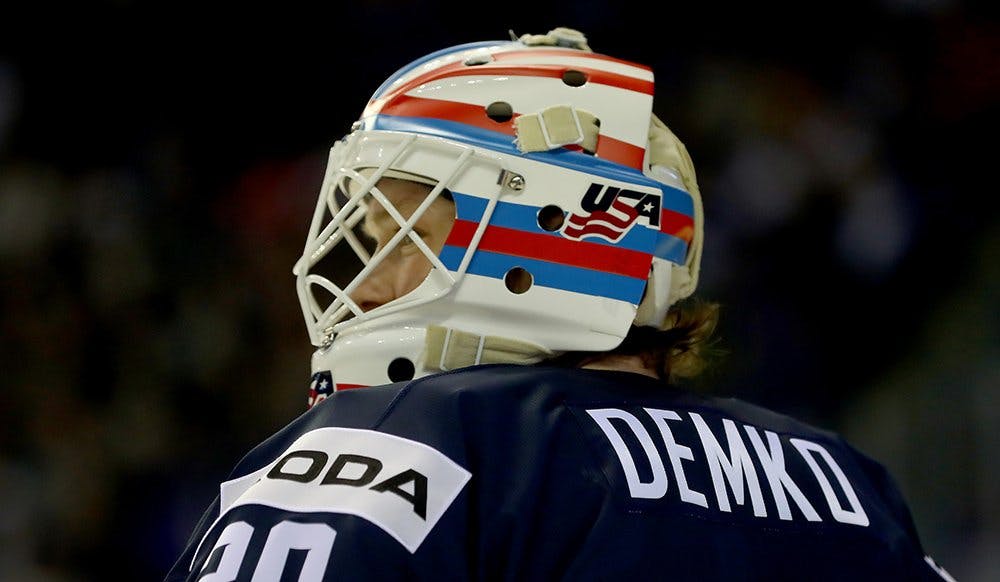 By David Quadrelli
10 months ago
Vancouver Canucks goaltender Thatcher Demko would have been a member of this year’s Team USA Winter Olympic team, had NHL players been allowed to go, according to Daily Faceoff’s Frank Seravalli.
“I have it on good authority that Thatcher Demko would have been a member of the US Olympic team had the NHL players gone Beijing, certainly a bright spot in Vancouver,” said Seravalli.
CanucksArmy understands that Demko was viewed by USA hockey as the third-string goaltender on the roster — a perfectly capable backup plan if needed.
Ahead of him was John Gibson of the Anaheim Ducks and Winnipeg Jets netminder Connor Hellebuyck, who were set to battle it out for the starter’s job.
“I wasn’t really thinking about it too much, to be honest,” said Demko when asked about the prospect of going to the Olympics. “We were dealing with stuff here and that’s my priority. Obviously, it would have been a cool opportunity for sure. It’s something that I think every guy looks to do. I wasn’t speculating, I think I was in the mix, but I don’t know who they would have gone with.”
It’s believed that Toronto’s Jack Campbell was the runner-up for the third-string goalie spot on the team.
The NHLPA negotiated Olympic participation before signing the current collective bargaining agreement, but the NHL was able to exercise the out clause that was put in place should the league’s COVID-19 situation cause a “material disruption” and force them to postpone games.
Some NHLers, such as Brad Marchand, have been very vocal in voicing their displeasure for the NHL’s decision to not send players to Beijing next month as originally planned.

“The NHL and NHLPA can change the rules of the CBA to add a taxi squad so that they don’t miss any games and don’t lose any money… which has already been agreed upon that the players will pay back in escrow until the owners are made whole from what they have lost during this pandemic, regardless of how many games are missed… yet they can’t do a taxi squad during The Olympics so they can honor the agreement they made so the NHL players can go [to the Olympics].
“Please tell me that’s not bulls—… and for all of you who want to pipe back about forfeiting pay while being gone… yah not a problem .. let the players make their choice.”
-Brad Marchand

At 26 years old, Demko will presumably get another opportunity to represent his country at some point in his career, should the NHL finally allow its players to participate in Olympic competition once again.
The Canucks’ netminder was named the NHL’s third star of the month for the month of December, and is without a doubt the hottest goaltender in the NHL right now.
More from David Quadrelli:
Uncategorized
Recent articles from David Quadrelli