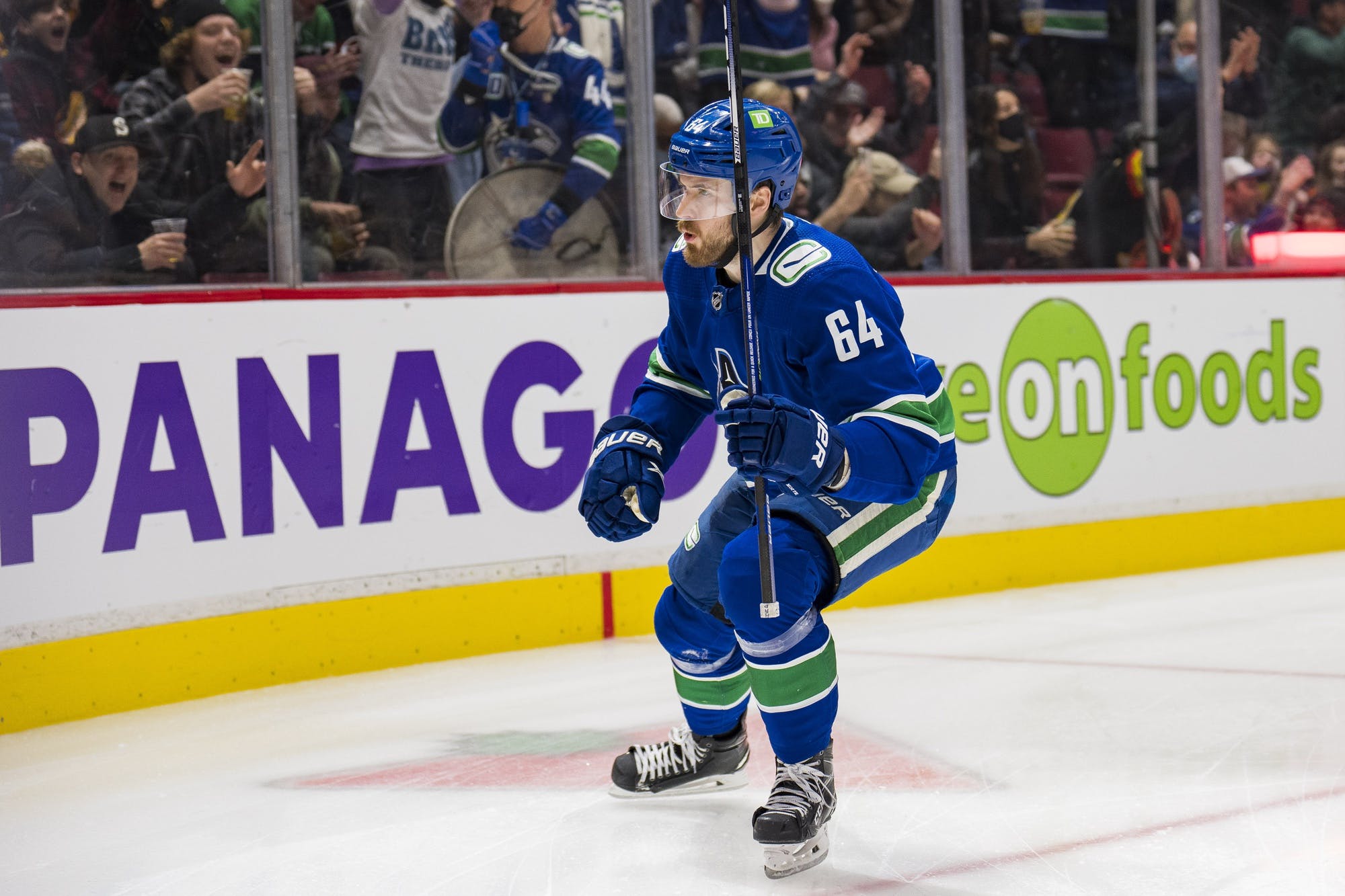 By David Quadrelli
8 months ago
We’re just nine days away from the NHL Trade Deadline, and the rumour mill is heating up even more, especially when it comes to the Vancouver Canucks.
The main names being brought up in trade discussions are J.T. Miller, Brock Boeser, and Tyler Motte.
That being said, as the Canucks continue their improbable march toward the playoffs, it’s looking less and less likely that they’ll move a high-impact top six forward like Miller or Boeser at the deadline.
Instead, the main player they need to make a decision on — whether that be to extend and keep him or trade him — is Tyler Motte.
We’ve heard Motte’s name come up in the past, but now we’ve got a potential suitor revealing itself.
The Tampa Bay Lightning.
The back-to-back Stanley Cup Champions are reportedly interested in Motte, according to The Fourth Period’s Irfaan Gaffar.
Motte, 27, is a pending unrestricted free agent and has seven goals and seven assists through 44 games this season with the Canucks.
As mentioned above, the Canucks have a decision to make on Motte, and everything is still on the table at this point in time.
Extension talks between Motte’s camp and the Canucks have been preliminary thus far, but are expected to pick up in intensity over the next seven days as the two sides attempt to hash out a deal before the March 10th trade deadline.
Uncategorized
Recent articles from David Quadrelli