Report: Senators were the only team that wanted Travis Hamonic from the Canucks 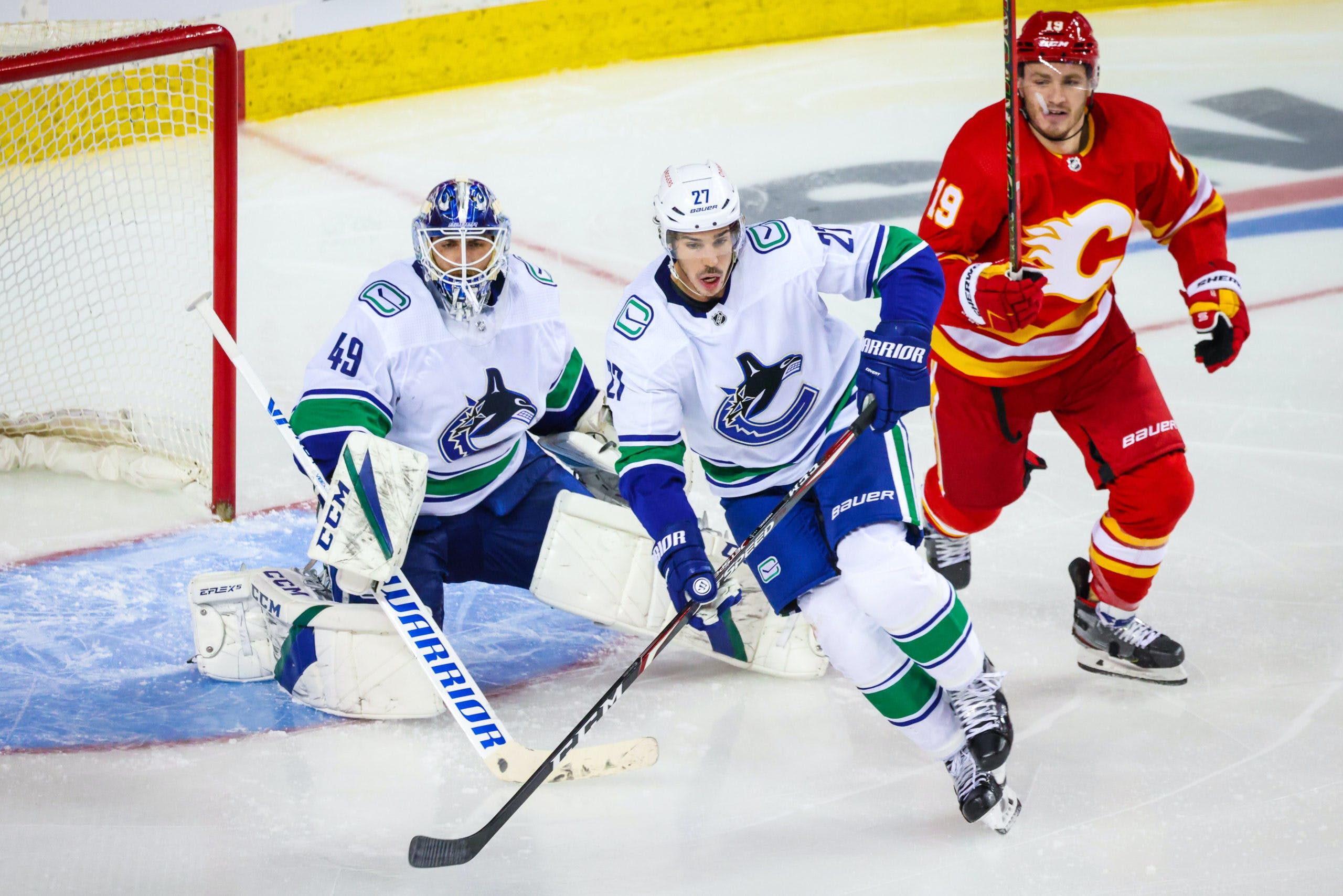 By David Quadrelli
8 months ago
The Ottawa Senators were the only suitor vying for Travis Hamonic’s services at the 2022 Trade Deadline, according to Thomas Drance and Rick Dhaliwal of The Athletic.

“The deal was all the more remarkable because there were no other bidders involved. The Senators were the only suitor for Hamonic, the only team that expressed interest.”
-The Athletic

The Sunday swap between the Canucks and Sens saw Ottawa send a 2022 third-round pick back Vancouver’s way in exchange for Hamonic and the entirety of his two-year, $6 million dollar deal.
You read that right.
Hamonic, who was placed on waivers and could have been had for free by the Senators in October, was traded for a third-round pick.
No salary retained, no other asset attached to the deal from the Canucks.
Just a straight one-for-one swap of assets.
The overall reaction among Senators fans to the deal was exactly what you’d expect, and the same could be said of the reaction Canucks fans had to the trade.
“I didn’t look at Twitter once yesterday, and I got home, and the girlfriend said ‘don’t look at Twitter,” said Senators general manager Pierre Dorion. He then spent the next 3 minutes defending the trade.
It’s a good thing he didn’t either, because it was ugly.
Hamonic was re-signed by the Canucks in the offseason to a two-year deal with a cap hit of $3 million, and underperformed through 24 games with the Canucks this season.
Uncategorized
Recent articles from David Quadrelli