Report: Patrik Allvin is a frontrunner to become the Vancouver Canucks’ next general manager 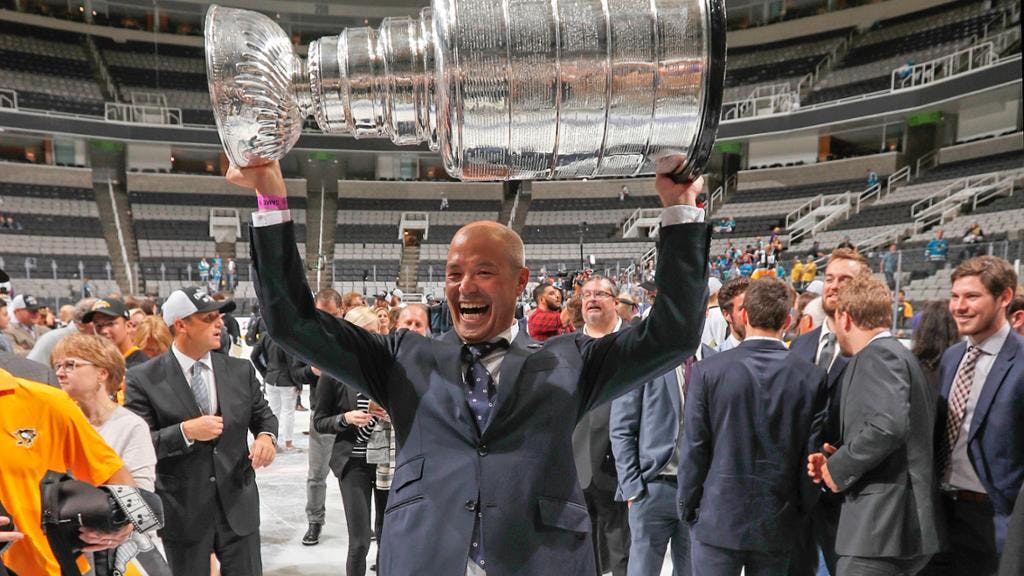 By David Quadrelli
1 year ago
The Vancouver Canucks are getting closer and closer to naming a new general manager.
After the club let go of GM Jim Benning and AGM John Weisbrod, the organization decided to hire Jim Rutherford as President of Hockey Ops to start to fill in the holes in the Canucks’ front office.
Yesterday morning, Daily Faceoff’s Frank Seravalli joined Mike Halford and Jason Brough on Sportsnet 650 and gave the latest on the Canucks’ hiring situation.
“Jim Rutherford has done a lot of the legwork behind the scenes to conduct interviews and set this plan in place,” said Seravalli. “I believe Jim Rutherford was actually heading back home to Carolina for the holidays, and in addition to that, a lot of it is on hold because the next step in the process for a lot of these candidates is to meet directly with the Aquilinis who will then help make the decision moving forward.”
Seravalli also mentioned Patrik Allvin as a potential name to get the job.
“I think it’s down to three candidates or so for the general manager position. Patrik Allvin from the Pittsburgh Penguins received permission to speak to the Canucks. He — I believe — is the front runner for the job. Everyone’s in a holding pattern to wait until after the holidays after the new year to meet with the Aquilinis, go through that part of the interview process, and then a decision will be made. I think the same sort of process exists, even though the Canucks are a bit further along. I think in some of these assistant GM searches that you know, there’s a little bit of a hold up at the moment for the holidays. So I’d imagine that a lot of it will wait till the back end of that and and then we’ll see some decisions that come, but I’ve heard Patrick all mean for the GM spot.”
Rutherford promoted Allvin to Pittsburgh Penguins Director of Amateur Scouting in 2017.
“We are very fortunate to have Patrik on our staff to make this an easy transition,” Rutherford said at the time. “He is a terrific judge of talent, and he has the leadership qualities to lead our amateur scouting department into the future.”
A native of Sweden, the 47-year-old Allvin joined the Penguins as a European scout in 2006-07, and was promoted to head scout in 2012.
Uncategorized
Recent articles from David Quadrelli