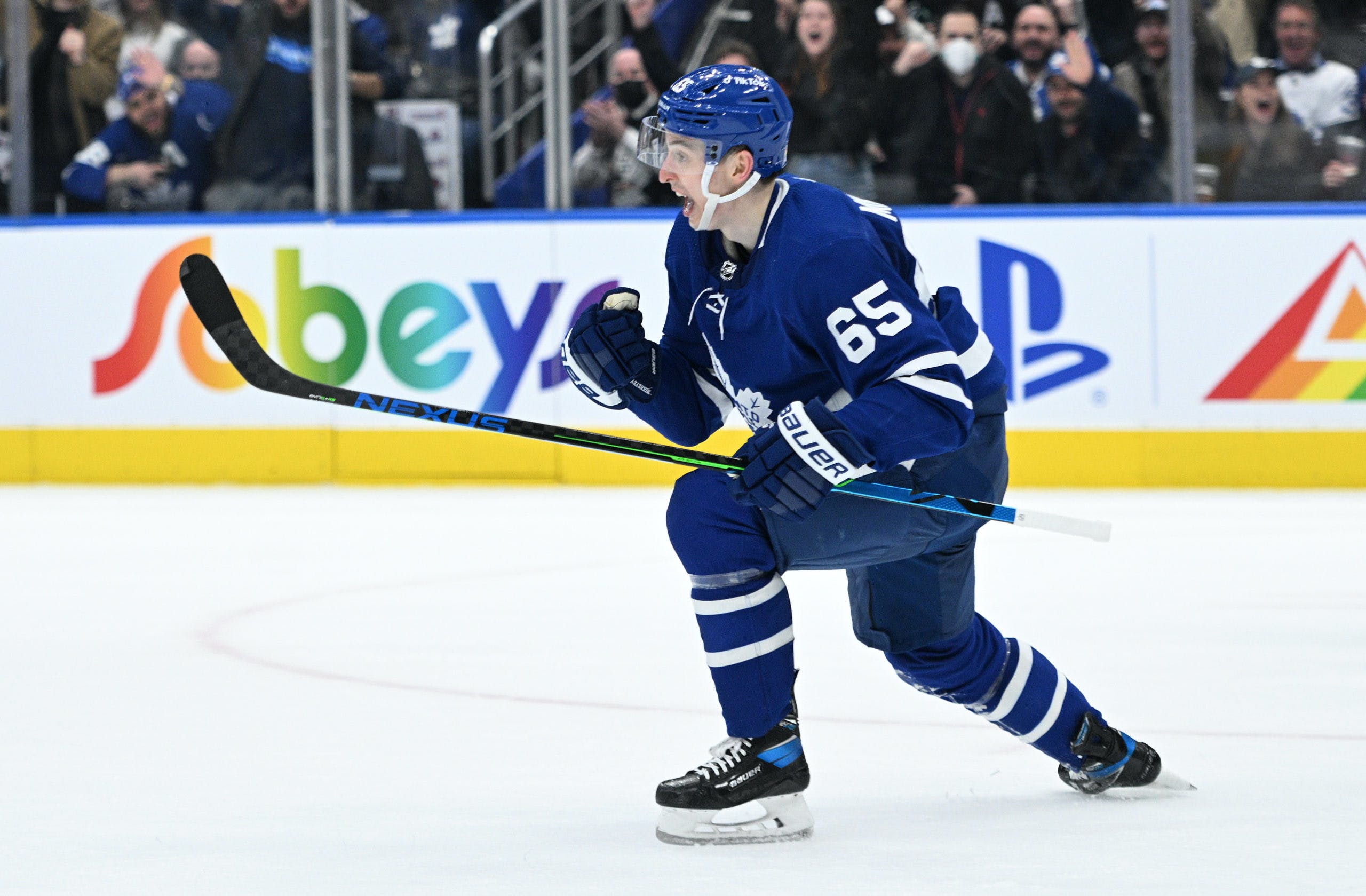 By Noah Strang
6 months ago
The Vancouver Canucks had an active start to the 2022 NHL free agency period, making seven total signings. With plenty of time left in this offseason, there will likely be more moves coming.
As it stands thus far, the majority of the Canucks’ focus has been on bolstering the forward depth. While no one — not inside or outside of the organization — believes that the Canucks defence core is strong enough to compete with the best in the league, upgrading that position group is much more difficult.
Just look at the contracts handed out to Erik Gudbranson ($16m/4 years), Ben Chiarot ($19m/4 years), or Jan Rutta ($8.25m/3 years) so far this summer. Teams have been very aggressive in acquiring free agent defencemen and that makes it difficult for the Canucks to make a cost-effective decision.
Because this is the first offseason that Patrik Allvin and Jim Rutherford are in charge, there is pressure from the fanbase for the new regime to display competence with savvy moves. So how has the group done so far? Should Canucks fans be excited that the organization is making moves that appear smarter than in years past, or is the new regime falling into the same pitfalls as the last?

While this free agency signing was announced a couple of weeks ago, it was made official just recently. This is a huge get for the Canucks, who add Kuzmenko to the roster at a very reasonable number due to it being an entry-level contract. Kuzmenko was widely regarded as the unanimous top European free agent this summer and for him to pick the Canucks is a huge get.
The 26-year-old Russian winger will be expected to slide into the middle-six from day one. While the transition to the NHL will be difficult, the Canucks now have two other Russian players that will be able to aid. Kuzmenko’s contract is also so small that it’s not very difficult to bury in a worst-case scenario.

The largest commitment that the Canucks have made thus far this offseason is the acquisition of Ilya Mikheyev. Last season, Mikheyev played for the Toronto Maple Leafs and managed to score 32 points in just 53 games last season. He’s incredibly fast and instantly becomes one of the team’s best penalty killers. Mikheyev adds a north-south speed element that the Canucks have been missing, helping them become tougher to play against.
After signing in Vancouver, Mikheyev revealed that he helped Kuzmenko pick Vancouver when choosing between teams. This two-for-one Russian deal makes the Mikheyev contract look even better for the Canucks as $5.7 million for the two players is a very reasonable price.
However, there are some concerns with Mikheyev that must be mentioned. Often viewed as a speedster that struggled to put the puck in the net, Mikeheyev managed to score 21 goals (0.40 goals per game) last season, boasting his previous career high of 8 (0.21 goals per game). However, that increase in goals resulted from a nearly doubling of his shooting percentage from 8.2% to 14.3%. If that number falls back down, the cap hit is going to be a lot for an energy middle-six player.

After passing on the chance to qualify Juho Lammikko or Matthew Highmore, the Canucks had a few holes to fill near the bottom of the lineup. They managed to sign the British Columbia-born Lazar who checks lots of boxes. He’s a right-handed centre, a big body, kills penalties, and didn’t break the bank. Last season, the Canucks were often burned by their penalty kill. The additions of Mikheyev and Lazar will help to remedy that.
Lazar is still just 27 years old and gives the Canucks a dependable fourth-liner for the next few seasons. Adding Lazar means that the Canucks are now quite solid down the middle with Elias Pettersson, Bo Horvat, and JT Miller. As a home-grown product, it wouldn’t be surprising if Lazar became a fan favourite early next year. With little risk associated, this signing is a good move by the Canucks.

Dakota Joshua will likely be playing alongside Lazar on the Canucks bottom line when opening night rolls around. The 26-year-old forward was signed by the Canucks for a cheap two-year deal that will give him a chance to prove he’s an NHL regular. He’s played 42 career games over the previous two NHL campaigns with the St. Louis Blues and has scored four goals during that time.
Joshua is a big body (6’3″, 205 pounds) that plays a physical game. He adds that sandpaper element that the Canucks have been targeting to the bottom of the lineup. If he doesn’t work out, his low salary means that it’s not too much of an issue though he will have to clear waivers if sent down to the AHL.

The Canucks organization made it clear that they wanted to add a veteran goalie to play in Abbotsford and they did exactly that with the acquisition of Collin Delia. Michael DiPietro appears to have fallen out of favour within the organization and will likely be moved in the next few months. That will open a spot for Delia to play in Abbotsford with Arturs Silovs.
Delia isn’t a sexy signing but he will be relied upon as a veteran presence that can teach younger players how to act as a professional. He’s spent the past five seasons in the Chicago Blackhawks organization and therefore has a relationship with new Abbotsford Canucks head coach Jeremy Colliton.

These two depth defence signings are grouped together as they fall under the same category. Both were signed for one-year contracts that are worth $750k. Both Kalynuk and Wolanin face uphill battles to get in the NHL lineup but as the season progresses and players fall due to injury, either of these new acquisitions could be forced into the lineup.
Kalynuk is the slightly more interesting player of the two. He’s still just 25 years old and has had flashes in the NHL where he’s looked good, albite in small sample sizes. He will be an interesting name to keep an eye on in the Canucks organization.