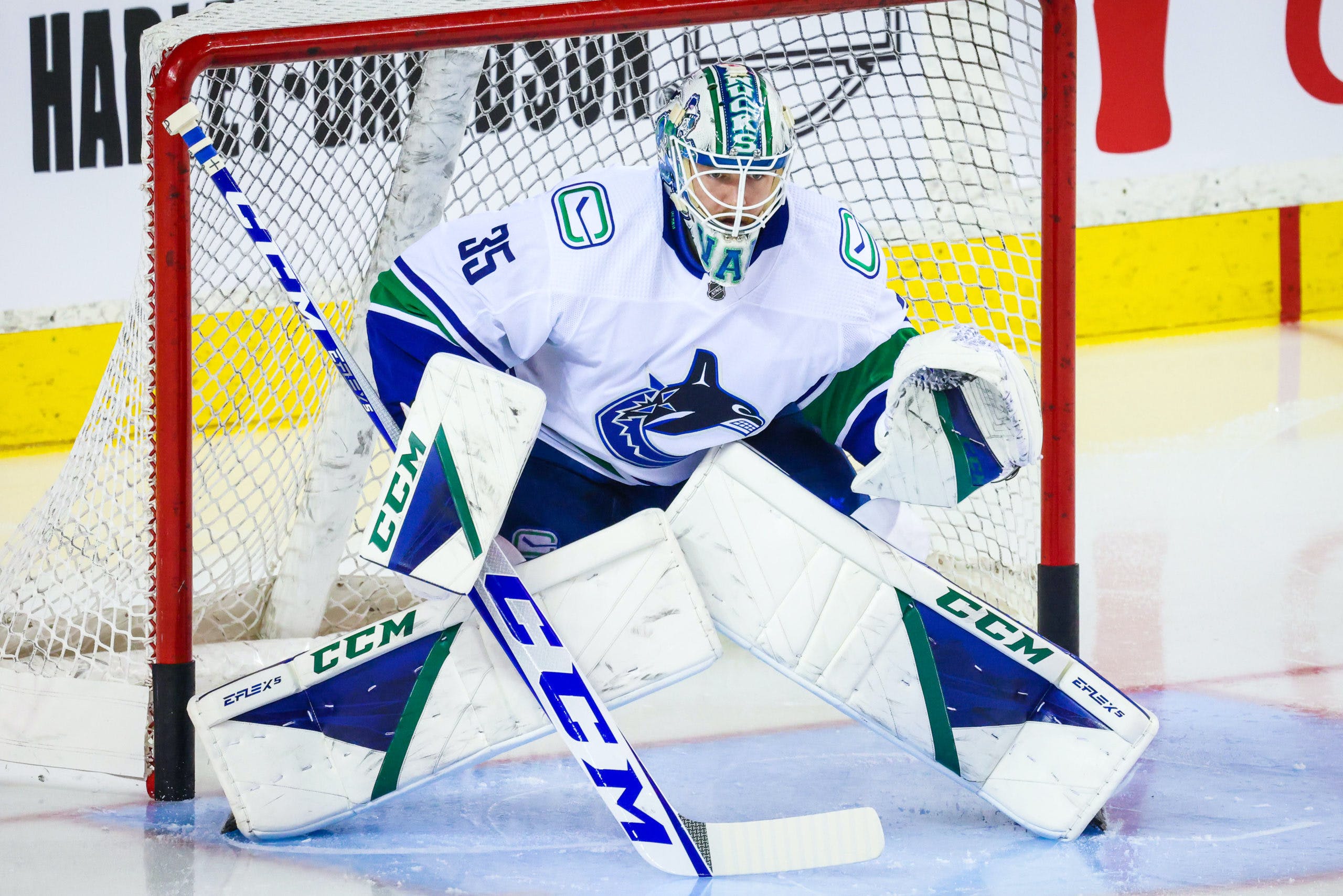 By David Quadrelli
2 months ago
Vancouver Canucks goaltender Thatcher Demko will be sidelined for approximately six weeks, according to a Friday evening report from Sportsnet’s Elliotte Friedman.
Demko was injured late in the first period of Thursday night’s game against the Florida Panthers after suffering from what appeared to be a lower-body injury. Demko was unable to put much weight on his leg and required help to get off the ice and down the tunnel to the Canucks’ locker room.
Rick Dhaliwal of Donnie and Dhali — The Team reported Friday that Demko was scheduled for an MRI this afternoon. Irfaan Gaffar added that the Canucks were worried Demko’s injury was going to be worse than the approximate six week timeline.
Prior to Friday morning’s practice, the Canucks announced that they had recalled goaltender Collin Delia from the Abbotsford Canucks under emergency conditions. Delia signed with the Canucks this past offseason, and has an .884 save percentage and a 3.44 goals-against average through eight starts with Abbotsford. The 28-year-old Delia has 32 NHL games under his belt, and a career save percentage of .904.
Spencer Martin will be tasked with holding down the fort in Demko’s absence, and should get a healthy run of games as the Canucks have just one set of back-to-back games in the month of December.
The Canucks face off against Troy Stecher and the Arizona Coyotes tomorrow evening. Puck drop is at 7 PM Pacific.
News
Recent articles from David Quadrelli