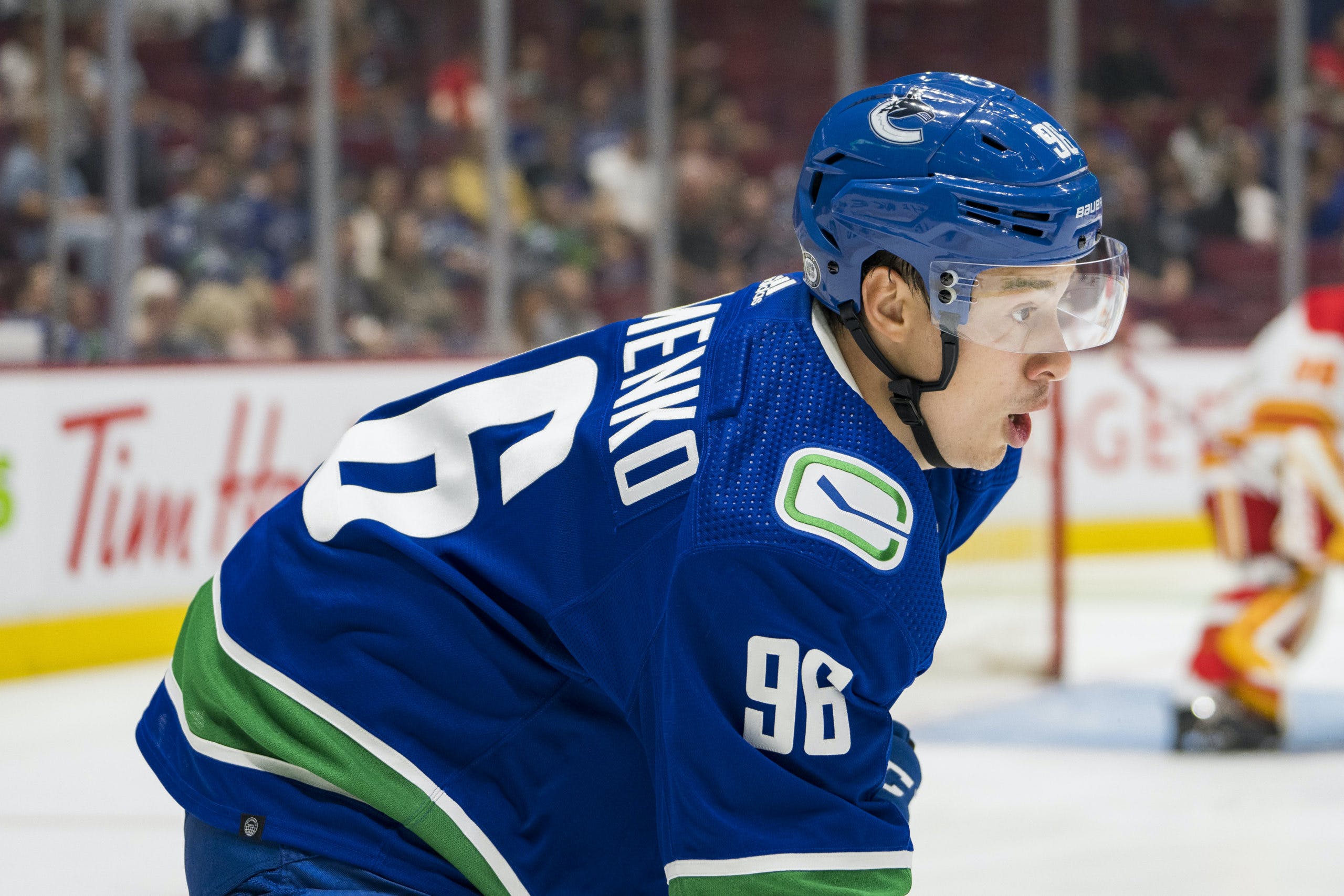 By David Quadrelli
17 days ago
As expected, the Vancouver Canucks have begun talking about an extension with Andrei Kuzmenko’s camp. Jim Rutherford mentioned that negotiations were underway with Kuzmenko and his agent Dan Milstein.
And according to the agent whisperer himself, Rick Dhaliwal of Donnie and Dhali — The Team, the Canucks’ initial meeting with Kuzmenko was a positive one.
“Canucks GM Patrik Allvin, president Jim Rutherford, and assistant GM Emilie Castonguay met with Kuzmenko’s agent Dan Milstein in Florida over the weekend,” said Dhaliwal. “Positive first meeting. Both sides want to get this contract done. They’re going to continue to talk in hopes of getting a deal done with the 26-year-old Russian. The Canucks like this player. He sees the ice well and he can score goals.”
“Kuzmenko’s not going to be cheap, 38 points in 42 games,” Dhaliwal added. “It could be a bridge deal, $6-7 million a year… One thing to keep in mind, many teams in the NHL teams are interested in seeing how this plays out with Vancouver. If the Canucks can’t re-sign this player, he’s gonna have a ton of teams after him at the trade deadline and July 1.”
Yesterday in his 32 Thoughts column, Elliotte Friedman of Sportsnet said that while other teams around the league have indicated they’d love Kuzmenko as a rental, the Canucks made it clear to those teams that they intend to keep the winger.
The Canucks should have a good idea as to whether or not they can get an extension done with Kuzmenko before the trade deadline. One would hope that the ability to get an extension done with Kuzmenko will dictate whether or not the Canucks start listening more on trade calls.
Clearly the interest is there, and if there’s one thing the Canucks can’t do, it’s let Kuzmenko walk for nothing in free agency.
News
Recent articles from David Quadrelli