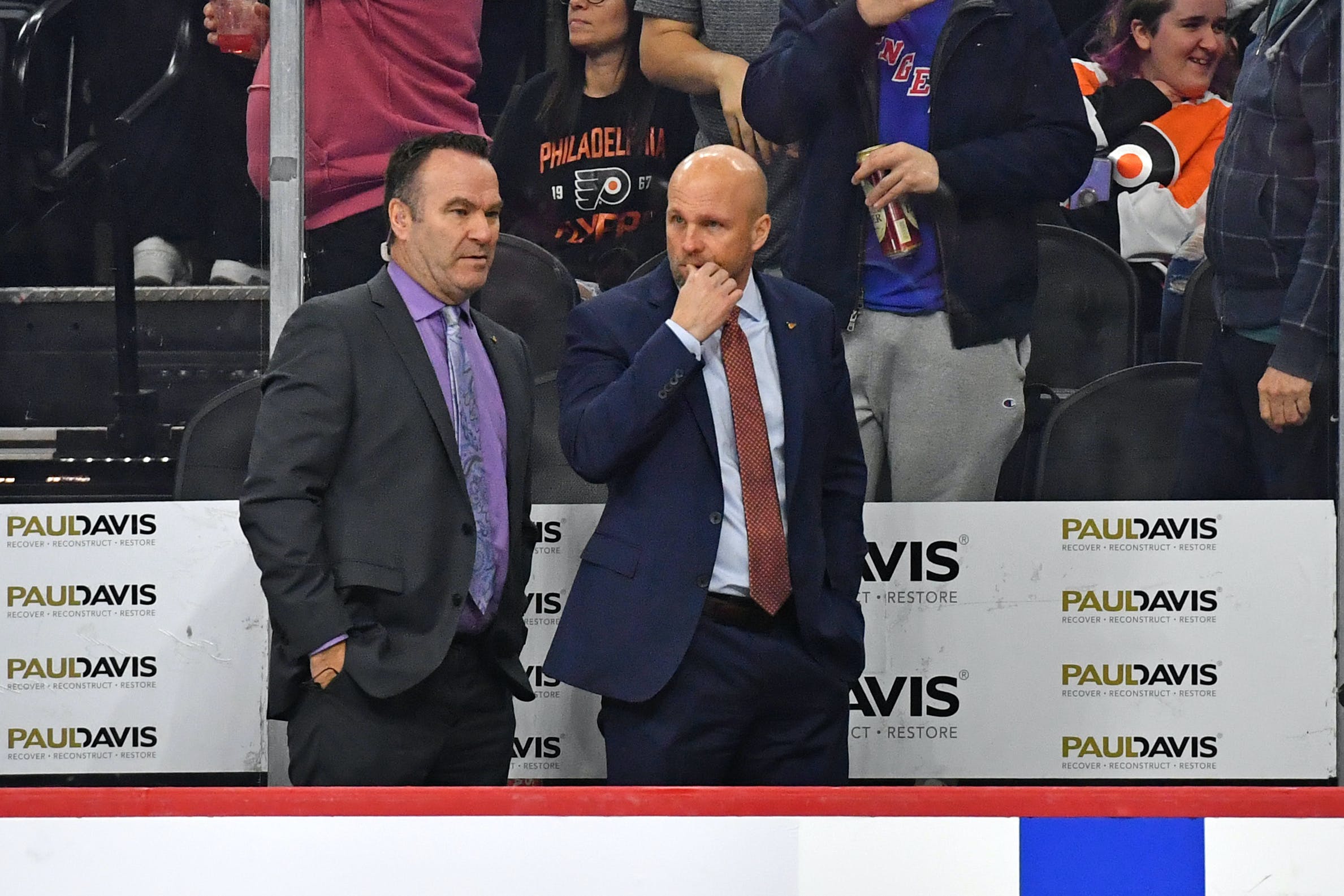 By David Quadrelli
7 months ago
The Vancouver Canucks don’t seem to be closing the door on adding to their coaching staff after Scott Walker left the organization and Darryl Seward and Kyle Gustafson were relieved of their duties last month.
According to Sportsnet’s Elliotte Friedman, Mike Yeo could be somebody the Canucks are interested in.
“He’s a pretty good coach. I’ve heard that if Vancouver considers adding to the bench that [Yeo] could potentially be a name out there for them,” Friedman said in an interview on Donnie and Dhali – The Team on Monday.
Most recently, Yeo coached the Philadelphia Flyers on an interim basis after the club fired head coach Alain Vigneault in December.
Prior to that, the 48-year-old Yeo made stops in Pittsburgh, Minnesota — where he was given his first NHL head coaching job — and in St. Louis with the Blues, who he coached before being fired midseason in 2018-19, when the club turned their season around and won the Stanley Cup.
More from CanucksArmy:
Uncategorized
Recent articles from David Quadrelli