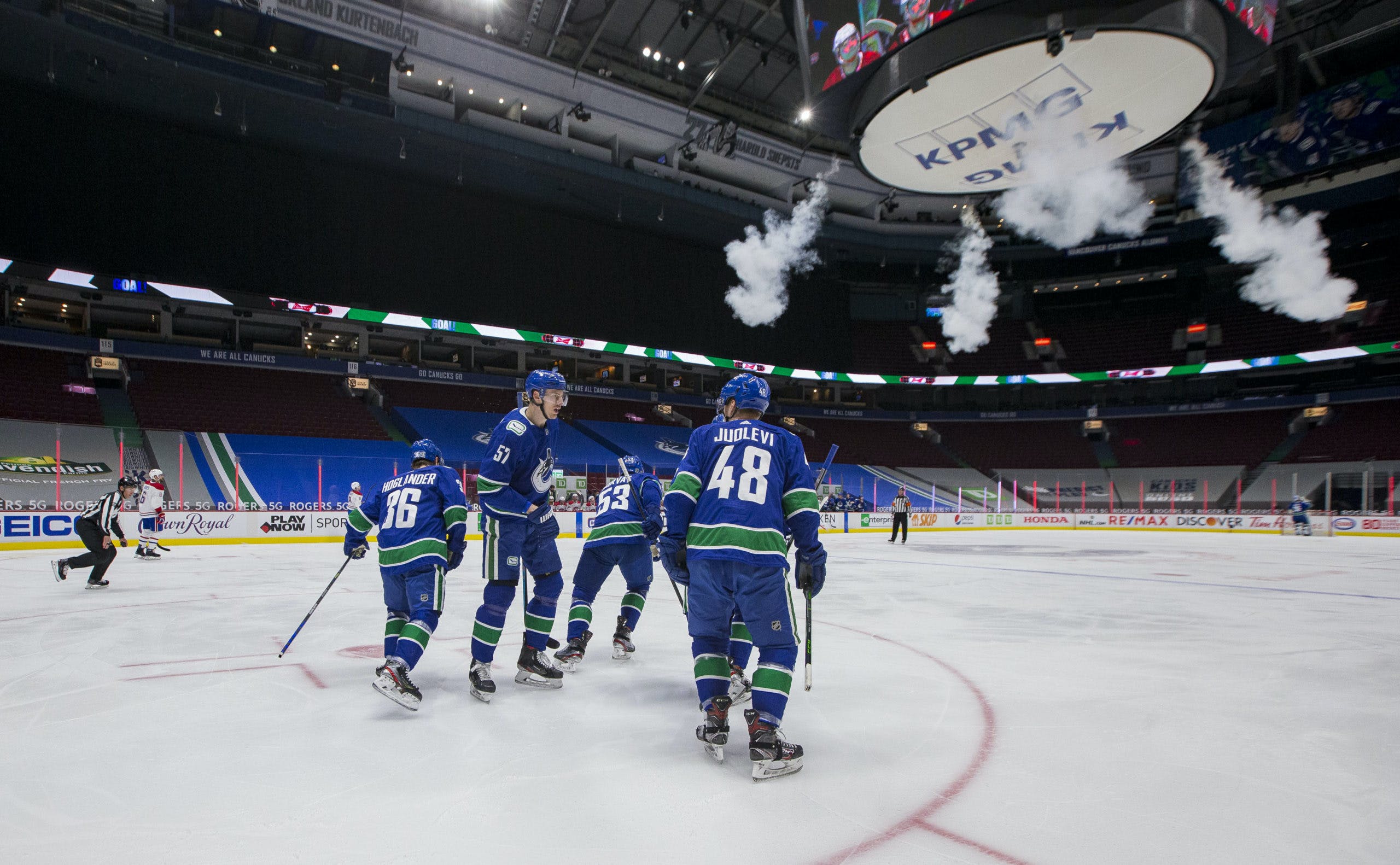 By David Quadrelli
1 year ago
The Vancouver Canucks are exploring potential trade options for defenceman Olli Juolevi, according to a report from Thomas Drance and Rick Dhaliwal of The Athletic.
Here’s what Drance and Dhaliwal had to say:

The club has discussed Juolevi as a trade chip in talks with several teams around the league, numerous industry contacts confirmed to The Athletic on Friday night and Saturday morning.
The club is at the point that it’s exploring its options to find a change of scenery for Juolevi, now that it’s become apparent that the once highly touted Finnish prospect isn’t in Vancouver’s immediate plans at the NHL level this season.
-The Athletic

It should come as no surprise that Juolevi’s trade value is minimal at this point, but the club will work away to find Juolevi a change of scenery before potentially putting him on waivers tomorrow at 11 AM Pacific.
Since he was drafted fifth overall in 2016, Juolevi has faced injury issues and has struggled to make his mark with the opportunities he’s been given.
The 23-year-old didn’t do himself any favours this preseason, beginning with when he laid flat on the ice after the well-known skating test that all Canucks skaters know they will have to go through.
If the Canucks can’t find a trade partner, they will put Juolevi on waivers tomorrow and hope that he clears so that he can go fine-tune his game further getting big minutes in the American Hockey League with the Abbotsford Canucks.
Uncategorized
Recent articles from David Quadrelli