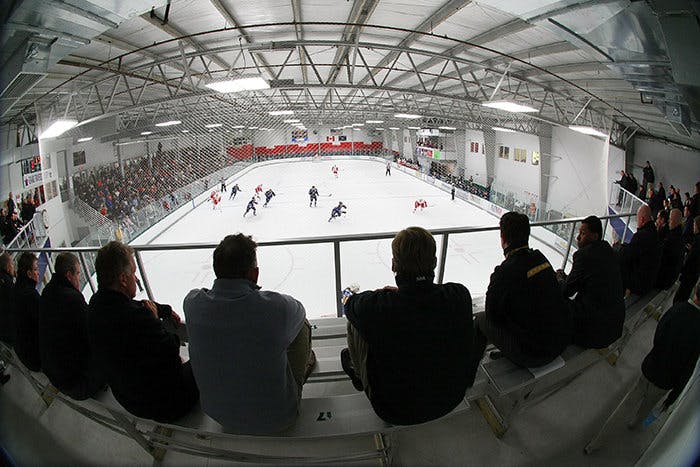 By David Quadrelli
7 months ago
The Vancouver Canucks let go of four amateur scouts, according to Thomas Drance of The Athletic.

“Hearing that the Canucks have made changes on the amateur side of their scouting operation. Four dismissals came down on Thursday, I’m told, including Derek Richard, Tim Lenardon, Brandon Benning and Pat Conacher.
Important to note that these are good, loyal hard working folks. Not necessarily a reflection of their abilities. Canucks re-organizing their scouting efforts substantively, and wanted to make the moves early to give those dismissed an opportunity to catch on elsewhere.”
-Thomas Drance via Twitter

As Drance pointed out, the dismissals included Derek Richard, who had been on as an amateur scout since 2018-19; Tim Lenardon, who has been with the club for over 20 years and first started working as an amateur scout in 2000-01; Pat Conacher, who has had various duties with the club since 2013-14; and Brandon Benning, who was brought on by former Canucks GM Jim Benning — who also happens to be his father — in 2015-16.
It’s unclear if more changes will be made in either the amateur or pro scouting department at this time.
Uncategorized
Recent articles from David Quadrelli