Report: Brock Boeser met with a specialist, won’t need surgery, will try to come back this season 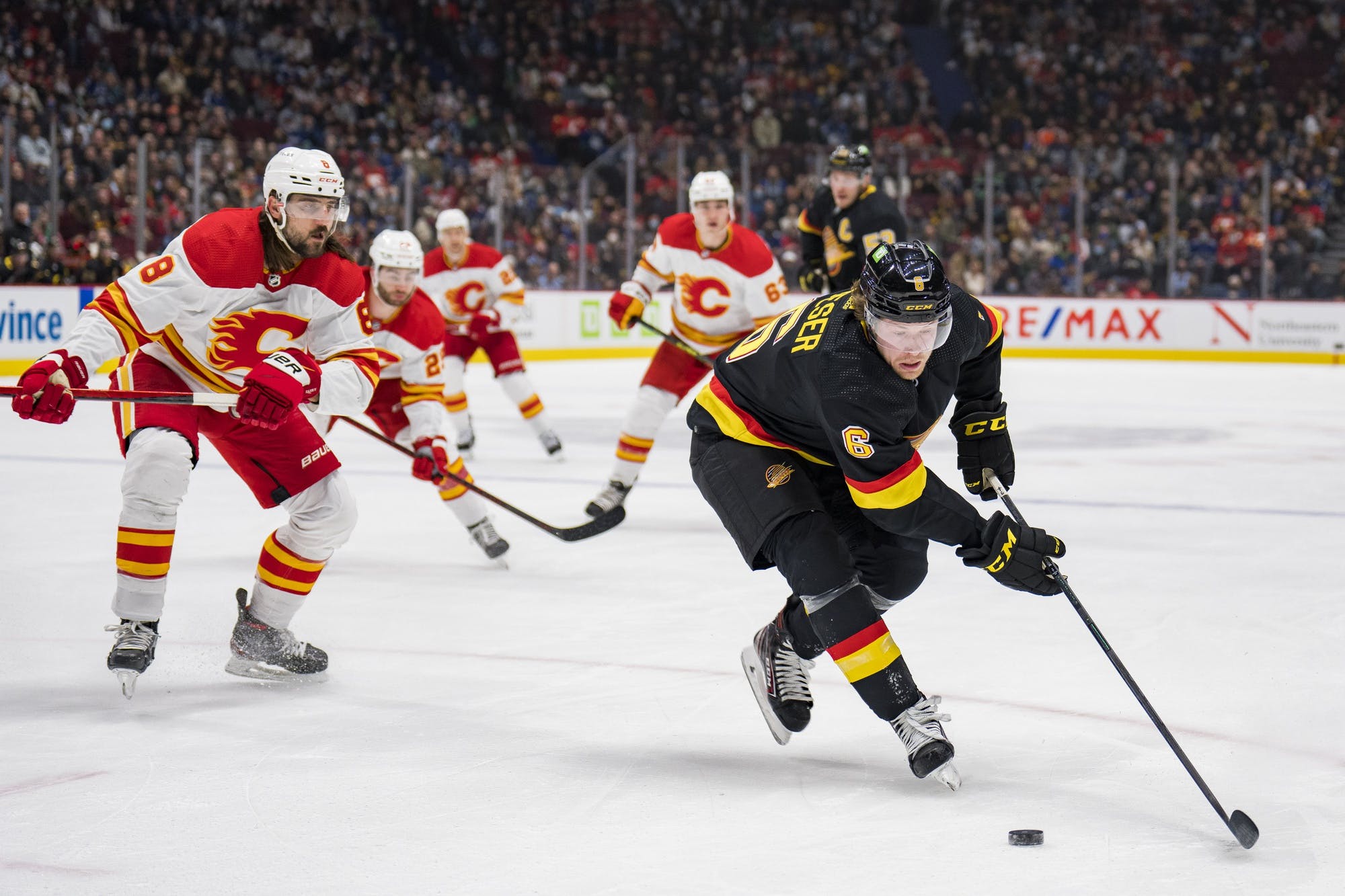 By David Quadrelli
9 months ago
Vancouver Canucks forward Brock Boeser will avoid surgery, according to a report from The Fourth Period’s Irfaan Gaffar, who wrote the following in a tweet:

Brock Boeser met with a specialist over zoom for his injury. No surgery required which is a good sign. Hopes to play again at some point this season. Will see how the rest of this week and weekend go.
-Irfaan Gaffar via Twitter

Boeser was apparently injured in the Canucks’ April 3rd matchup against the Vegas Golden Knights. There’s been no confirmation yet, but Boeser appears to have been injured on this play involving Elias Pettersson:
Later, Gaffar went on Sportsnet 650 and spoke with Dan Riccio and Satiar Shah further about the Boeser injury.
“He met with a specialist over zoom like I mentioned,” said Gaffar. “He’s not going to need surgery, I think that’s a good sign for both parties — obviously you get to rehab yourself if you don’t come back and play this season — but the plan is for him to try and come back. I can see a situation where he plays. We’ll see how the rest of this week goes, Monday is probably a stretch, but late next week it could be a positive sign for Brock to come back.”
“It’s something that’s obviously bugging him a little bit, he can’t put a lot of pressure on it, but let’s just wait and see what happens here. I think the no surgery thing is obviously the biggest one, because he didn’t want it, and I guess obviously the team wouldn’t want it as well.”
Boeser currently sits at 19 goals and 19 assists through 64 games played this season.
More from CanucksArmy:
Uncategorized
Recent articles from David Quadrelli