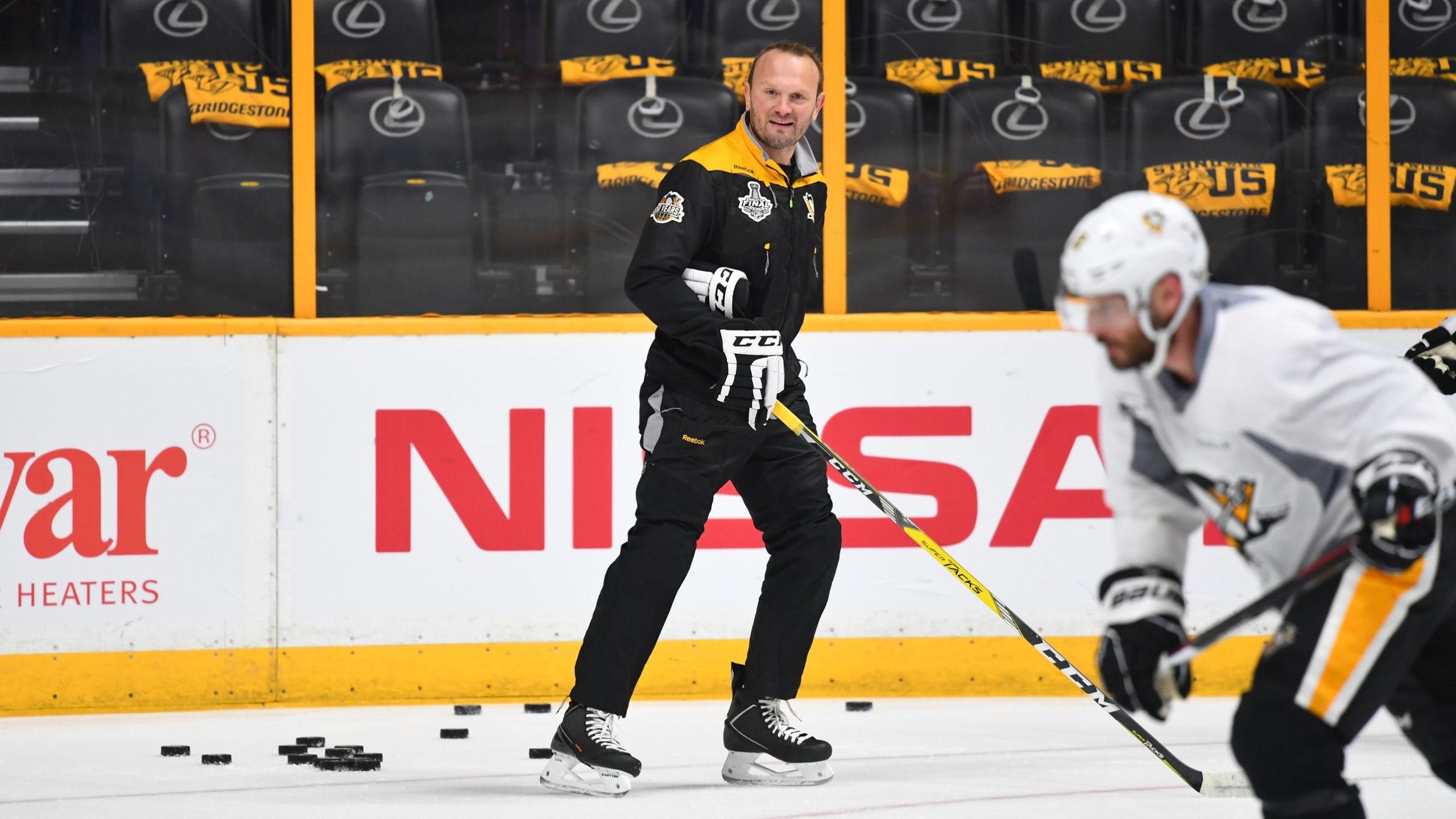 By David Quadrelli
12 days ago
The Vancouver Canucks are expected to announce the hiring of Rick Tocchet to take over for Bruce Boudreau as head coach on Monday, according to Jeff Marek of Sportsnet.
During the second intermission of the Habs and Leafs game, Marek, along with Elliotte Friedman and David Amber, reported the following:
“It’s almost over,” said Marek. “Well no, there will be another chapter to this saga, but the first part is almost over. On Monday, we expect Rick Tocchet to be announced as the next head coach of the Vancouver Canucks… I don’t know if Vancouver is planning to allow [Bruce Boudreau] to have a press conference… so Boudreau can say goodbye, but safe to say Elliotte, this slow long walk to the electric chair is almost for Boudreau.”
Along with Tocchet, Friedman threw out another two names who should be joining the Canucks’ coaching staff soon.
“We’ve been talking the last few days about Sergei Gonchar potentially joining the team as a part time basis or a consulting basis. As an assistant coach, we expect that to happen. I think also another name you’re going to hear is going to be Adam Foote, the longtime NHL defenceman who won two Stanley Cups in Colorado and an Olympic gold medal. I think it’s possible he’s going to be joining the staff too.”
Currently, Jason King, Trent Cull, and Mike Yeo round out the Canucks’ ice-level coaching staff as Boudreau’s assistants, with Yeo representing the only one hired this past offseason. It’s unclear at this time who Gonchar and Foote would be replacing on the Canucks’ bench.
Foote last served as the head coach of the Kelowna Rockets in 2019-20, and has served as a development consultant for the Colorado Avalanche in the past. Gonchar served as an assistant coach with the Pittsburgh Penguins from 2017-18 to 2019-20.
More to come.
News
Recent articles from David Quadrelli