‘It’s real cliquey in that dressing room’: The Canucks are making league-wide news for all the wrong reasons 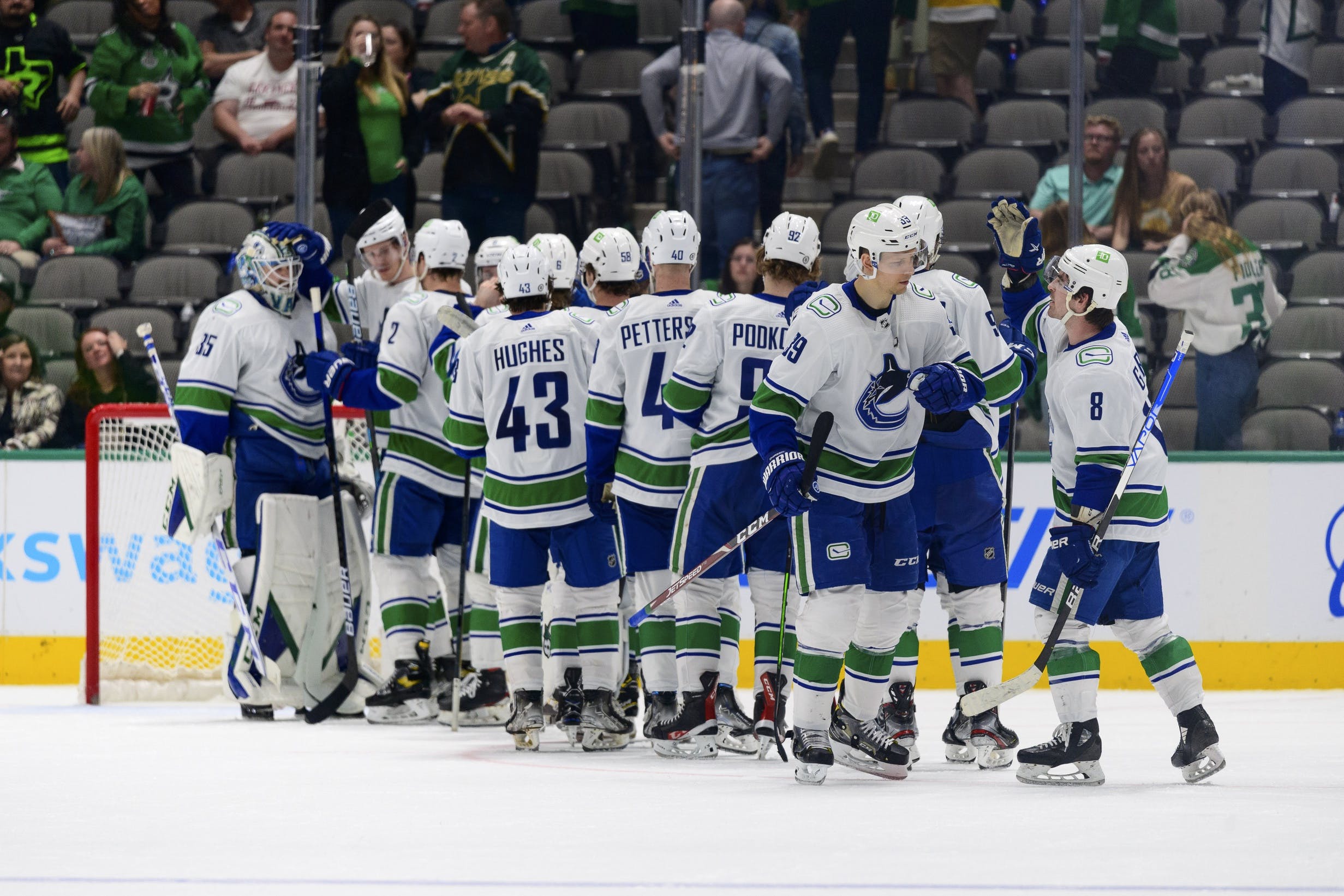 By Faber
3 months ago
The Vancouver Canucks spent all of training camp and the preseason talking about how important it was going to be to have a strong start to the season.
Now, we are four games in and the team has made history.
They have blown a multi-goal lead in each of their first four games and now sit with a 0-3-1 record, becoming the first team in NHL history to do so.
Obviously, the beginning of the season is major news throughout the city of Vancouver, and the fanbase can’t be happy with what they’ve seen early on this year. We all know what it looks like when the team attempts to dig themselves out of a hole they dug early on to get into the playoffs — we saw it last season.
As the team makes history for all the wrong reasons, the Canucks’ first four games are becoming a league-wide story.
Wednesday morning, on Daily Faceoff Live, Frank Seravalli was joined by former player and current Chicago Blackhawks TV analyst Colby Cohen, and the first story that they brought up on their league-wide show was the Canucks’ start.
“I’ve heard there’s a lot of friction in that dressing room between some of the star players and then the rest of the team,” said Cohen. “It’s real cliquey in that dressing room. The way that they’re promoting players, particularly on their social media channels, and just everything that I hear coming out of that dressing room, it seems really dysfunctional at the moment.”
Cohen went on to speak about the healthy scratch of Conor Garland on Tuesday night and believes that the decision to not play Garland is something that rubs players the wrong way.
“This is the one player who you would never want to take out of your lineup because he plays the right way,” said Cohen. “When you watch him, he doesn’t cheat, he stops on pucks, he goes to the net, he plays bigger than he is. He really does put it all on the line and you can’t necessarily say that about every player in Vancouver right now, [it] did not make sense to me. I think that decision rubs a lot of players the wrong way. Other players take that personally, and not in a way to rev them up, but almost in a way that you would get pissed off at your coach and your management team for making that decision.”
Seravalli also went on to say that it sort of feels like something is coming for this team.
“Whether that’s a trade or a coaching decision, whatever that may be, I feel like the Canucks are in a spot where they can’t let this season get away from them,” said Seravalli.
The Canucks recently made a trade with the Blackhawks, the team that Cohen works for. They sent Jason Dickinson and a second-round pick to the Blackhawks for Riley Stillman.
It’s clear that the Canucks cannot continue to go down this path of not only losing games but losing leads en route to losses. Something needs to change and it needs to change quickly before this team spirals into a hole that they cannot dig themselves out of.
Check out the full episode of Daily Faceoff Live at the bottom of this article. The Canucks portion of the show is between the 1:25-4:58 marks.
News
Recent articles from Faber