Ranking the 7 NHL Skills competitions, and how to improve them in 2023 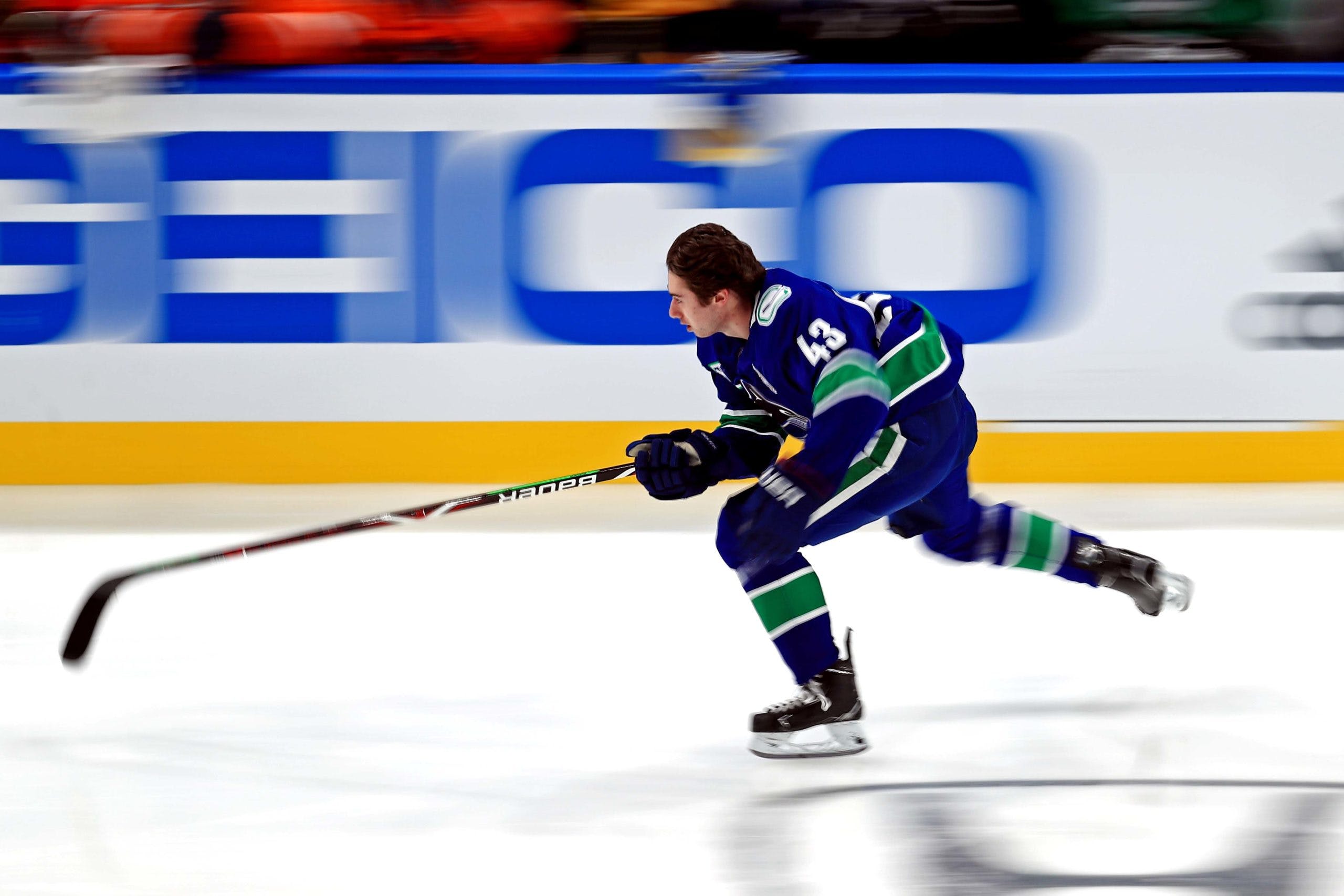 By Lachlan Irvine
9 months ago
The NHL All-Star Weekend in Las Vegas is in full swing, and while the 3-on-3 tournament is on the way today, it’s the Skills Competition that always provides the biggest moments.
The NHL has tried a number of different events for the Skills Competition over the years, ranging from immediate classics to goofy disasters. This year in Vegas the league took it to a new level, bringing back an old favourite in the Breakaway Challenge after a decent hiatus, and introducing two brand new events in the Fountain Face-Off and 21 in ’22, made just to take advantage of the Las Vegas Strip locale.
In the grand scheme of hockey, what happens in the Skills Competition really doesn’t matter. But the league sees All-Star Weekend as their marquee event for showcasing superstar players, and that means putting them in events that properly display their talents to the masses. So today I’ve ranked all seven of this year’s competitions from best to worst, why they work, and what could be done to improve them before the Panthers host the next Skills Competition in 2023.

There’s no denying it. The Breakaway Challenge is absolutely awesome.
Sure, the NHL had to go and ruin the end by rigging the vote in favour of the hometown defencemen. But choosing to remember it that way isn’t fair to the incredible attempts by Kirill Kaprizov, Alex DeBrincat, Jack Hughes and, with possibly the best shot in hockey history, Trevor Zegras’ Blindfolded Mascot Dodgeball.
The fact that the NHL willingly kept this event off the schedule for the last four All-Star Games is wild, especially when you factor in just how often it leads to the social media highlight of the weekend.
This challenge could frankly be half the skills competition, and everyone would leave satisfied.

The Hardest Shot competition is always a great blend of old-school hockey and new-age viral moments. Seeing which towering defensemen will crack the 100 mph mark with a booming slapper — in this year’s case, Victor Hedman — is always a spectacle.
But since more and more forwards have started being added to the All-Star roster every year, the league has had to get creative about which players are nominated. For example, Elias Pettersson took part in the 2019 version of the competition despite not being that well known for his slap shot prowess.
Which is why it might be time for the Hardest Shot competition to evolve into two events; Hardest Slap Shot and Hardest Wrist Shot/Snap Shot. Both require a different mixture of skill and power, while still providing eye popping speed numbers.

On the surface, the Fastest Skater competition is the perfect way to showcase hockey and what sets it apart from other pro sports; the lightning speed of skaters like Connor McDavid, Matthew Barzal and this year’s winner, Jordan Kyrou.
Fastest Skater is, in essence, the purest way to highlight the sport’s most unique aspect. But that’s not to say it’s the best it could ever be.
Going with a one-and-done setup means the event is over before the fans have even settled in for the broadcast. Not to mention having skaters go from 0 to 60 without a practice run is absolutely killer on the legs.
The one fix I’d make to this event? Give the players two tries instead of one, then either combine the pair of scores or take their best time. That way skaters get a “warm-up” run and fans get a more climactic finish.

Finally, we get to a new event.
‘21 in 22 goes like this; players are put outside on the Las Vegas Strip in front of a deck of oversized playing cards hanging from racks. Contestants then play hockey blackjack, taking turns trying to hit 21 by shooting pucks through the different numbered cards without busting.
The contingency plan if there’s more than one person with 21, is that players will have to try and hit the highest possible number remaining. Unfortunately for the league, everyone got to 21.
Overall the concept of this competition, particularly the idea of putting the players outdoors in a public locale, was really interesting and could definitely be tweaked for future events. Since the NHL had already elected to pre-tape this game, they might as well go all in and turn it into a bracket style 1v1 competition. That way Auston Matthews and Brady Tkachuk aren’t eliminated in the most awkward way possible.

I know what you’re thinking. “Hey wait, aren’t the Accuracy Shooting competition and 21 in ’22 kinda the same thing?” The answer is yes, which is why maybe going all in on the updated version might be the best decision.
The Accuracy Shooting challenge is only as good as its contestants perform. In this year’s edition, most players struggled to hit the targets in a speedy time, before Sebastian Aho rescued it from complete disaster with a perfect four shot run.
One of the other things that made the new outdoor 21 in ’22 more entertaining was watching the players banter with each other, showing off a bit of personality that the NHL has really struggled to get out of their stars. Maybe when the All-Star Weekend shifts to South Florida next season, the league could replace the blackjack theme and combine these two events into something brand new.

Much like the Outdoor series in Lake Tahoe and the Guardian Project, the Fountain Face-Off event will likely be yet another NHL innovation that gets sent to the graveyard after one try. And that’s kind of a shame.
The Fountain Face-Off is yet another accuracy-style competition, this time featuring five targets floating in the Bellagio Hotel fountain. Players were then timed to see how quickly they could hit four of five, with the top two advancing to a winner take all final.
Zach Werenski’s win over Roman Josi in the final may go down in the record book as the event’s sole victory, but like a lot of other gimmicky bits the NHL has tried over the years, it could’ve benefited from a little more playtesting. For example, the NHL put two sets of targets out on the water, but only used one side rather than make the competition a direct head-to-head. There might also be a way to add elements from 2020’s Shooting Stars event, the NHL’s take on Topgolf, that adds a points/difficulty scoring system to the event.
While the final product was a bit underwhelming, hopefully the NHL actually tries to revamp this event for next year, rather than immediately kill it off over a few roast sessions on Twitter. Oh, and try to make it a live event next time.

Goaltenders deserve their own event at the Skills competition to showcase their talent and creativity. Stopping a bunch of breakaways is not it.
As it’s been pointed out before, goalies are mostly at All-Star Weekend to be fodder for the players. The Save Streak event has been an attempt to give them something worth competing for, but it often devolves into the goalies taking a “don’t pull your groin” approach to the shots they’re facing.
Maybe instead of having the goaltenders face another barrage of pucks, put a player’s stick in their hands and give them their own no holds barred 3-on-3 game. Nothing gets hockey fans going quite like a goalie goal, so imagine the entertainment value of Thatcher Demko getting to set up scoring chances at one end of the ice and trying to block them at the other?
I’d take sheer unadulterated chaos over endless penalty shots any day of the week.
Uncategorized
Recent articles from Lachlan Irvine