Rangers looking to move Nils Lundkvist, who they reportedly offered to the Canucks last season 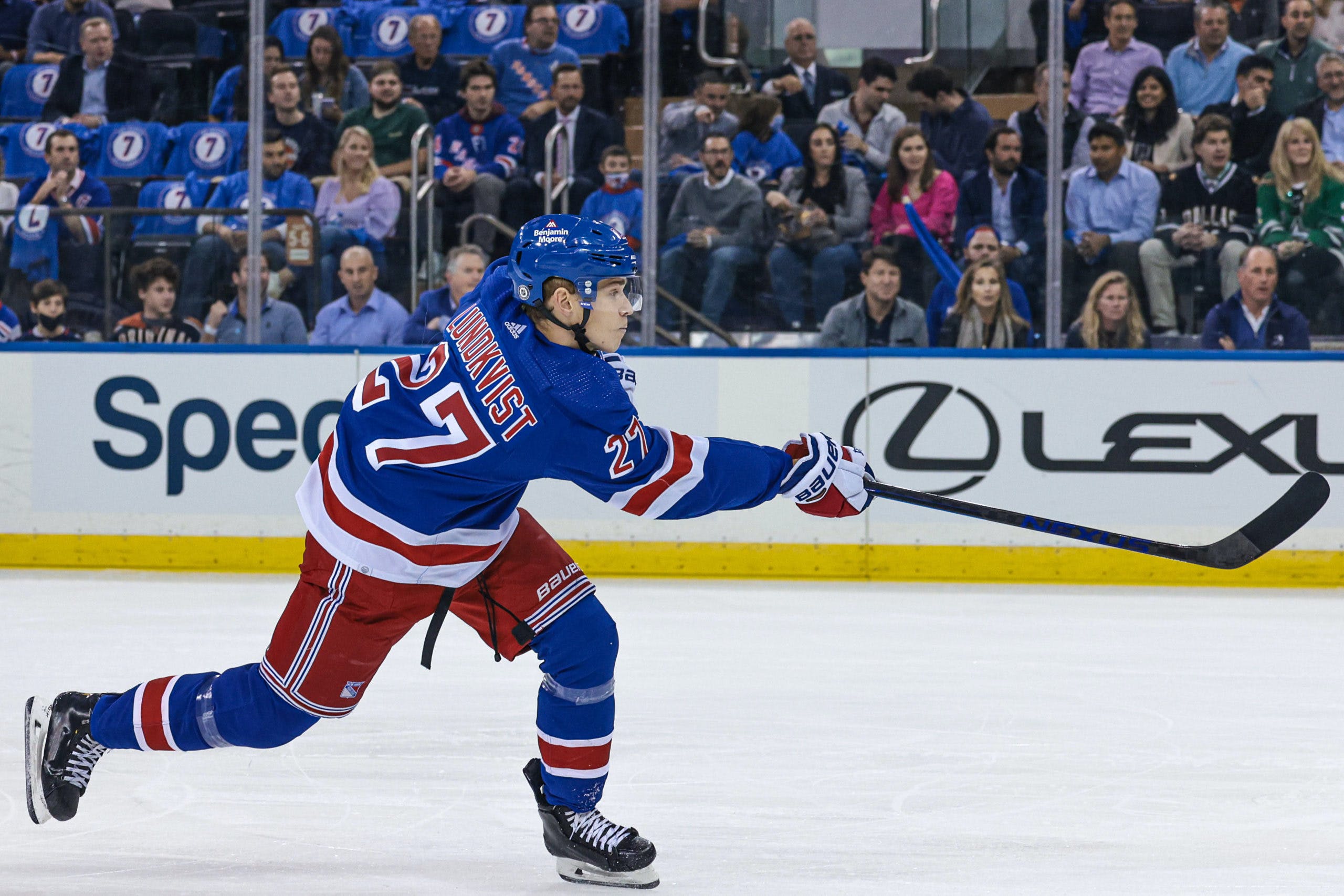 By David Quadrelli
3 months ago
The New York Rangers are looking to move Nils Lundkvist, according to a report from the New York Post’s Larry Brooks.
Brooks had this to say:

The Rangers are engaged in an accelerated effort to trade Nils Lundkvist after being notified that the 22-year-old Swedish defenseman is unlikely to report to camp in the absence of a deal, The Post has been told by multiple sources.
The Post has learned that general manager Chris Drury has been working with Lundkvist’s agent, Claude Lemieux, in order to effect a trade to an organization in which the Swede would have a better opportunity to challenge for a top-four spot and role as a power-play quarterback.

A right-handed defenceman listed at 5’11 and 187 lbs, Lundkvist was leapfrogged on the Rangers’ depth chart by Braden Schneider last season, and found himself in the AHL for a good portion of the season.
As a member of the Hartford Wolf Pack, Lundkvist tallied 15 points in 34 games; and in 25 appearances with the Rangers last season, he registered a goal and three assists.
An offensive defenceman, Lundkvist may not make the most sense for the Canucks at this point in time, but at the end of the day, he’s a young RHD with plenty of upside, and those carry plenty of value around the league.
The Rangers made Lundkvist available in their reported pre-trade deadline package to the Canucks when they were trying to pry away J.T. Miller. Lundkvist, along with Filip Chytil and a first-round pick, would have gone back to the Canucks in return for Miller’s services.
To read more about that deal, first reported by Sportsnet’s Satiar Shah, click here.