By David Quadrelli
1 year ago
January will be the Canucks’ biggest test this season.
More specifically, the Canucks have multiple games in the month of January against some of the best teams in the league.
Two games against the Florida Panthers, games against the Carolina Hurricanes, Tampa Bay Lightning, along with Pacific Division matchups against the Calgary Flames and Edmonton Oilers that will be of the utmost importance, highlight the month.
Thus, the month of January was always going to be one of the club’s most difficult of the season.
But now there are reports that the Canucks’ first two home games of January on the 5th and 8th will be rescheduled and that the team will instead play games on the road south of the border; as the NHL attempts to maximize revenue by playing as few games as possible in buildings where local health authorities have instituted capacity limits, such as Rogers Arena.
This, from Sportsnet’s Elliotte Friedman:
“It’s frustrating,” captain Bo Horvat told CanucksArmy. “Obviously, we want to play in front of our home fans. We want to have last change and want to have that advantage, and it’s frustrating and we’re not gonna be able to do that with the restrictions going on in Canada. It’s going to be a tough month for us coming up with a lot of road games, and again, we’re gonna have to fight through the adversity.”
Nothing has been made official regarding the rescheduling of the Canucks’ first two home games just yet. As it stands, here is how the Canucks’ schedule looks for the month of January: 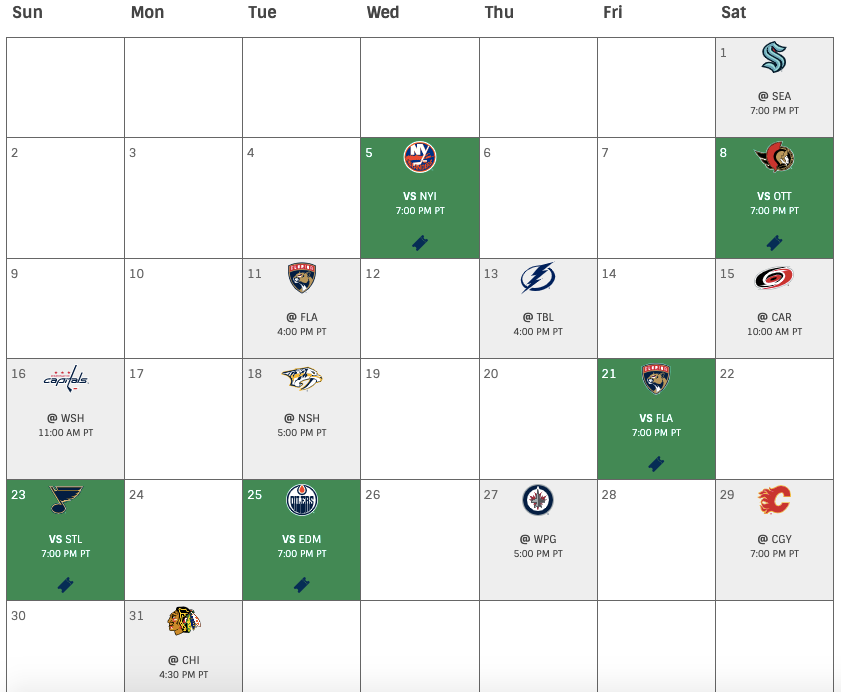 It’s certainly worth noting that if the Canucks’ first two home games — vs NYI on the 5th and OTT on the 8th — are postponed, their first home game of the month will be on the 21st against the Florida Panthers — three days after the province’s current capacity restrictions are in effect until.
That being said, not only could we see the 50% capacity rule extended beyond the 18th, we could also see British Columbia allow even fewer fans in the building, as other provinces have already done while the Omicron variant of COVID-19 rages on across Canada.
January was already going to be a month where the odds were stacked against the Canucks, but the league choosing to maximize profits at the expense of the Canucks would stack the odds against them even more.
More from David Quadrelli:
Uncategorized
Recent articles from David Quadrelli