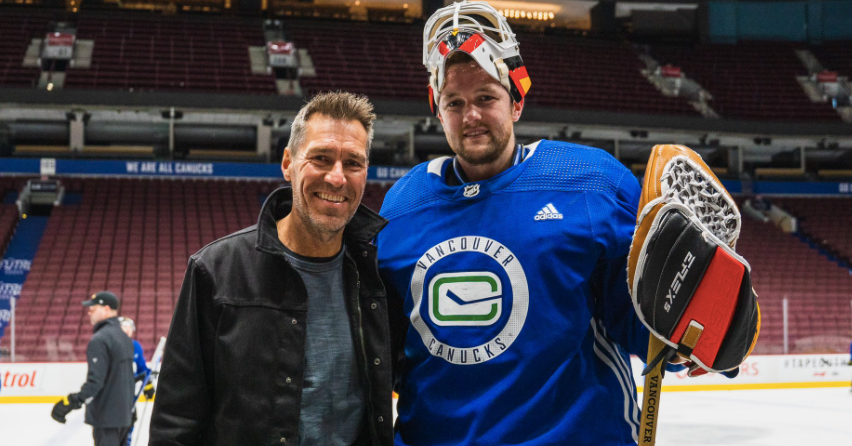 By David Quadrelli
9 months ago
Vancouver Canucks goaltender Thatcher Demko nearly broke the internet when he was spotted at practice wearing a Kirk McLean era-inspired CCM setup a couple months ago.
Not only did the setup look fantastic, it further hinted that the iconic black flying skate jerseys would be making their return to Rogers Arena once again.
Rumours swirled in the weeks after but now the day is finally here. The Canucks will take the ice in the iconic uniforms tonight when they take on the Calgary Flames.
At morning skate today, Demko posed with McLean while wearing the newly imagined rendition of the ex-Canuck goaltender’s setup.
McLean played 11 seasons with the Canucks, and was a critical part of the 1994 Stanley Cup run. He has a spot in the Ring of Honour at Rogers Arena.
Uncategorized
Recent articles from David Quadrelli