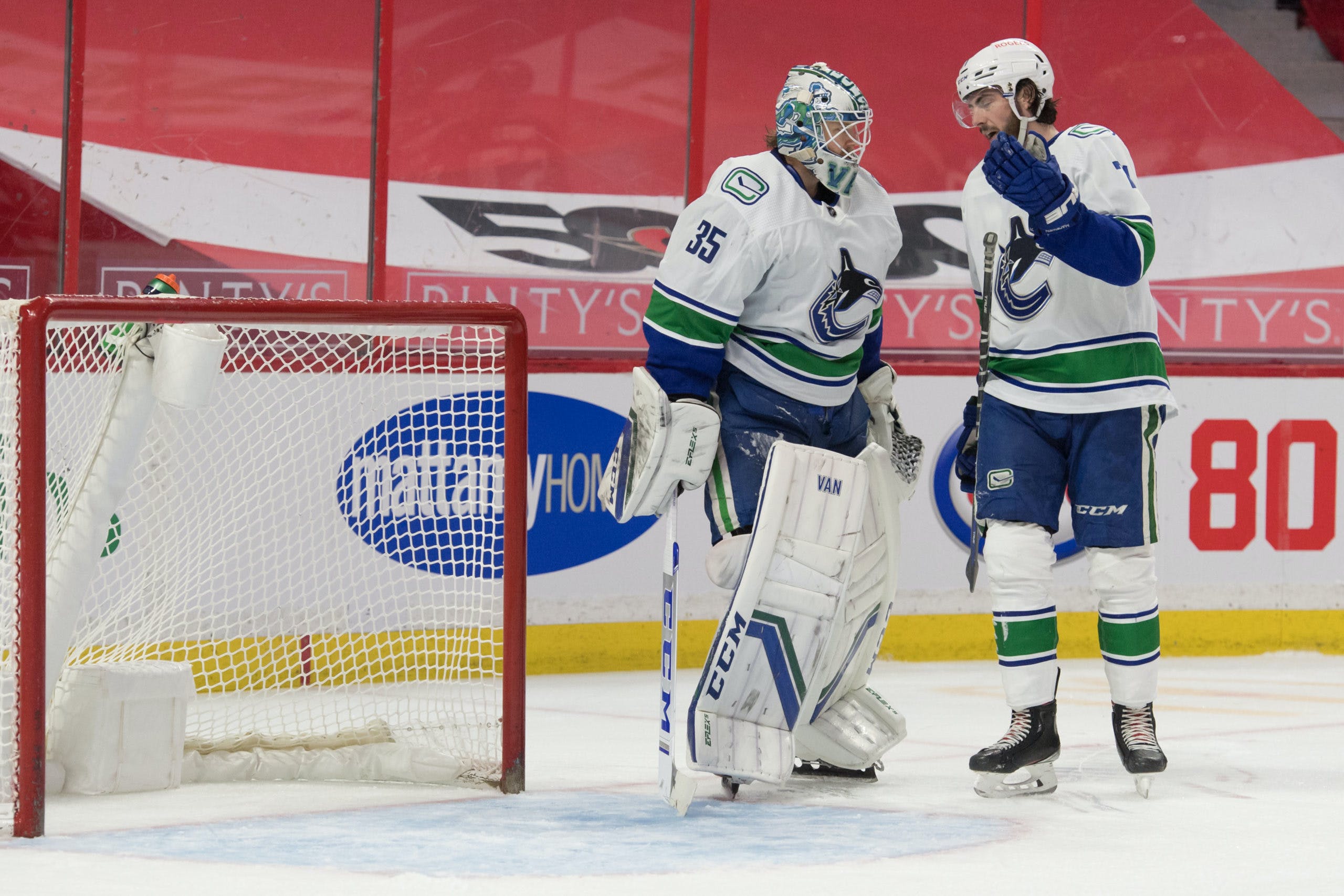 By David Quadrelli
1 year ago
Zack MacEwen, who was placed on waivers by the Vancouver Canucks yesterday, has been claimed on waivers by the Philadelphia Flyers, according to Sportsnet’s Elliotte Friedman.
MacEwen was in and out of the Canucks’ lineup last year and tallied a goal and an assist in 34 games.
MacEwen was not on the ice for Canucks practice yesterday and wasn’t on the ice at the Abbotsford Centre this morning, either.
The 25-year-old forward has appeared in 55 NHL games, all of which were with the Vancouver Canucks.
Uncategorized
Recent articles from David Quadrelli