Pavel Mintyukov is a breakout specialist with top-four potential: Realistic draft options for the Canucks at 15 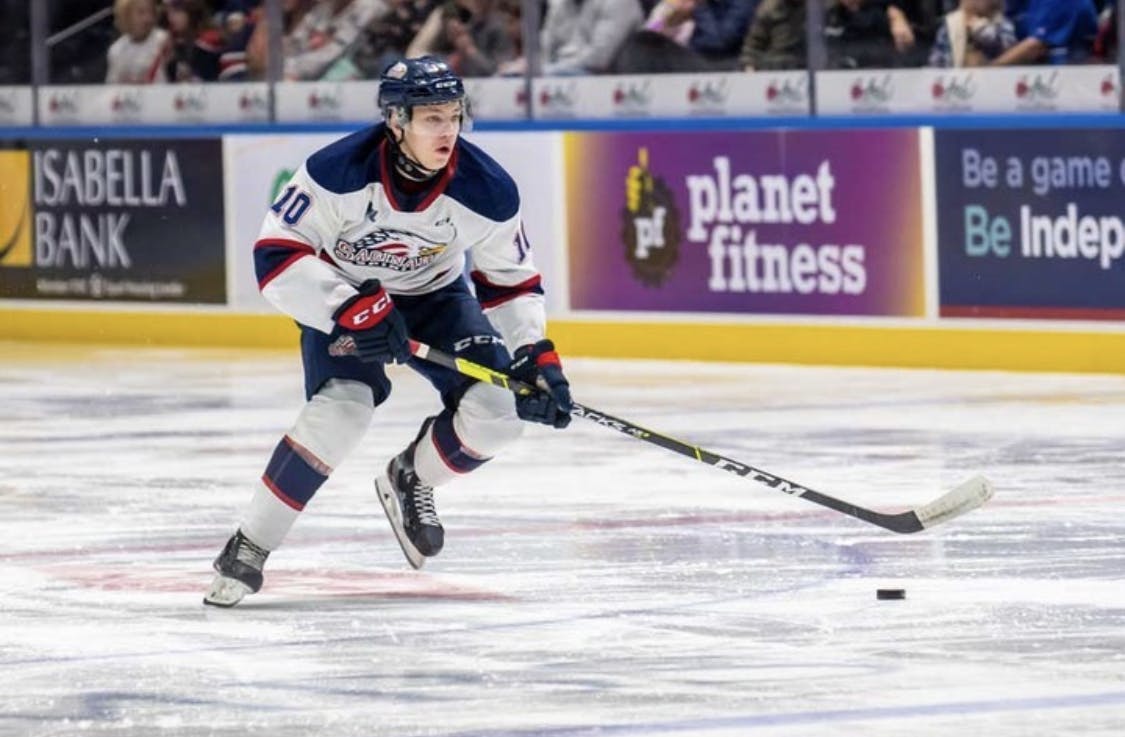 By Faber
6 months ago
Success at the NHL level requires strong hockey IQ. For that reason, the Canucks should highly value intelligent play when they step to the stage to make their selection with the No. 15 pick in the 2022 NHL Draft.
Pavel Mintyukov is of the smartest players in the draft. He is a left-shot defenceman who was born in Russia but played last season in the OHL with the Saginaw Spirit.
After losing a full season to showcase his ability with the OHL cancelling its 2020–21 competition, Mintyukov shined in his draft year and was one of the only bright spots on a Saginaw team that finished last in the OHL’s Western Conference and was outscored by a count of 234 to 305.
Mintyukov’s ability to carry the puck up the ice and be a breakout machine was tested often as the Spirit spent a lot of their time trying to get out of their own zone. His transition play is very impressive and although his defensive game didn’t blow us away, he was put in a tough situation on a very porous Saginaw team.

According to the Spirit website, Mintyukov comes in at 6’2″, and weighs 190 pounds.
He is a left-handed defender who was a power-play quarterback and a top-pairing defenceman in the OHL. As mentioned, he played with the bottom-feeding Saginaw Spirit, who finished the 2021–22 regular season with a 24–43–1 record.
The statistics are what shines for Mintyukov. He led the Spirit with 62 points in 67 games this past season and was a scoring threat with 17 goals from his rearguard position. 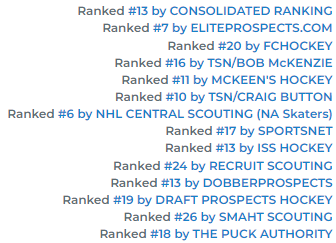 The way Mintyukov handles the puck is the biggest strength in his game. He also does a great job seeing the ice and knowing what plays he needs to make to develop scoring chances.
Mintyukov can dangle around a defender or look to use a give-and-go to shake a forward who is coming toward him at the blue line.
Even though the velocity of his shots leaves you wanting more, Mintyukov does a tremendous job of creating space for himself and is very good at making sure that those shots force the opposing goaltender to make a save.
His combination of agility and puck-handling makes him dangerous every time his team has the puck in the offensive zone. You can always see him make smart decisions on when to get down low and join the attack. He is likely the best dangler from the defence crop in this draft and his hands are a big reason why some prospect sites have him in their top 10.
Mintyukov’s defensive game isn’t at the highest level but he is good at using his body to give his stick the chance to do the work. When going into a 50/50 battle in a corner, he has a sticky blade that can find pucks with the help of his body leverage.
You’d like to think Mintyukov can develop to be a bit stronger on his feet in those board battles, but his ability to lean on a defender while using his stick is a big plus to the defensive side of his game.

As one of the most gifted puck-movers in the 2022 NHL Entry Draft, the Canucks would be adding an enormous boost to their prospect pool if Mintyukov is there for them at pick No. 15.
The Canucks could end up building one heck of a left side on the blue line if Mintyukov ends up panning out to be a top-four defenceman — as we expect he will. At 6’2″, Mintyukov would be a tremendous following act to what Quinn Hughes does on the first pairing.
If Mintyukov is there for the Canucks at 15, my love for the idea of trading down gets thrown out the window. This would be the best player available and addresses a massive need for the Canucks’ prospect pool. We should see Mintyukov continue to grow next season — perhaps with a better team in the OHL if the Spirit want to trade him for futures.
Mintyukov is an excellent prospect and while he’s unlikely to be available at No. 15 overall, there is a small chance. If he does happen to be there, expect the Canucks to sprint to the stage and make him their no-brainer first-round pick.
More from CanucksArmy:
Uncategorized
Recent articles from Faber