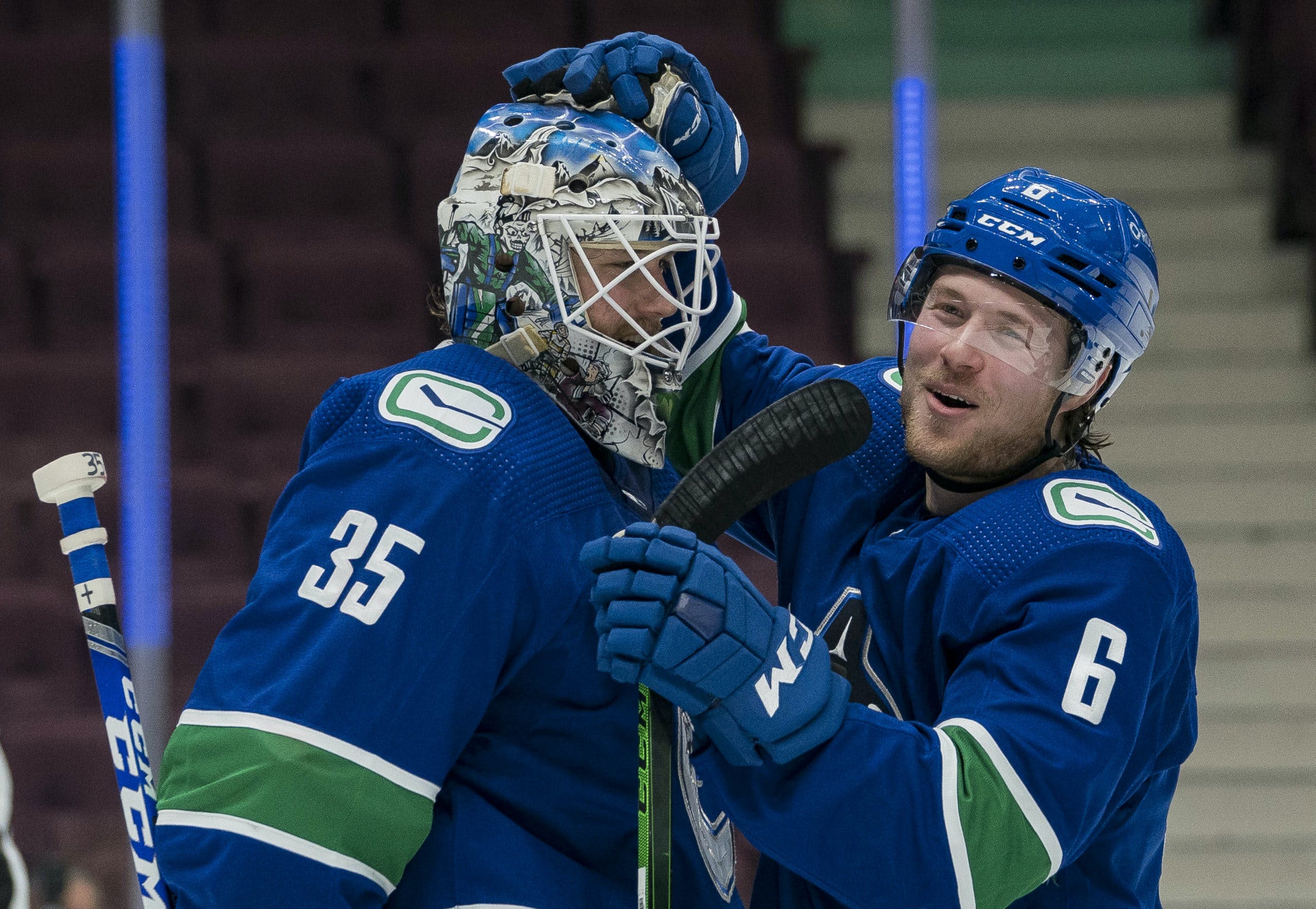 By Nation World HQ
1 year ago
by OddsShark (@OddsShark) – Sponsored Post
The Vancouver Canucks are 1-3 in their last four games against the Edmonton Oilers. The Canucks hope to snap out of a four-game losing streak on Monday night when they face the Oilers in the first of a back-to-back set of games at home.
Vancouver is a +170 home underdog on the NHL odds at sportsbooks monitored by OddsShark.com. The Oilers (-200) are 15-7-2 on the road this season.
Oilers vs Canucks | OddsShark Matchup Report
The Canucks gave up another two goals to Auston Matthews in a 5-1 loss to the Toronto Maple Leafs on Saturday night. Vancouver wrapped up its four-game road trip with an 0-4-0 record and was outscored 17-6 over those four games. The team has been considerably better at home than it has on the road this season and is 3-1 in its four home games since returning from its COVID-19 layoff. The Canucks play their next two games against the Oilers at home before playing their next six on the road.
Since going 7-1 in their previous eight games, the Canucks are just 3-7-1 over their last 11 games.
Edmonton picked up a 4-1 win over the Calgary Flames on Saturday night to improve to 7-3 over its last 10 games. At 39 years old, Mike Smith is having a career year for the Oilers in 2021 boasting a 2.30 goals-against average and a .924 save percentage in the 28 games he has played in this season. The Oilers have the league’s top two scorers in Connor McDavid (29 goals, 58 assists) and Leon Draisaitl (24 goals, 47 assists); with Smith and the defense playing well, this could be the year Edmonton finally does some damage in the postseason.
Monday night’s total is set at six goals at online sports betting sites. The UNDER is 12-2 in Edmonton’s last 14 games (how the OVER/UNDER works).
Vancouver faces the Oilers four times in a row with these two games in Edmonton on Monday and Tuesday and then two games in Vancouver on Thursday night and Saturday night. With how poorly the Canucks have been playing on the road of late, this back-to-back at home could be crucial to turning the momentum around on this final stretch of the season.
Check out OddsShark on Twitter and Instagram or head to YouTube for analysis on this week’s top games. As well, the OddsShark Computer serves up daily NHL betting picks.
Odds News
Recent articles from Nation World HQ