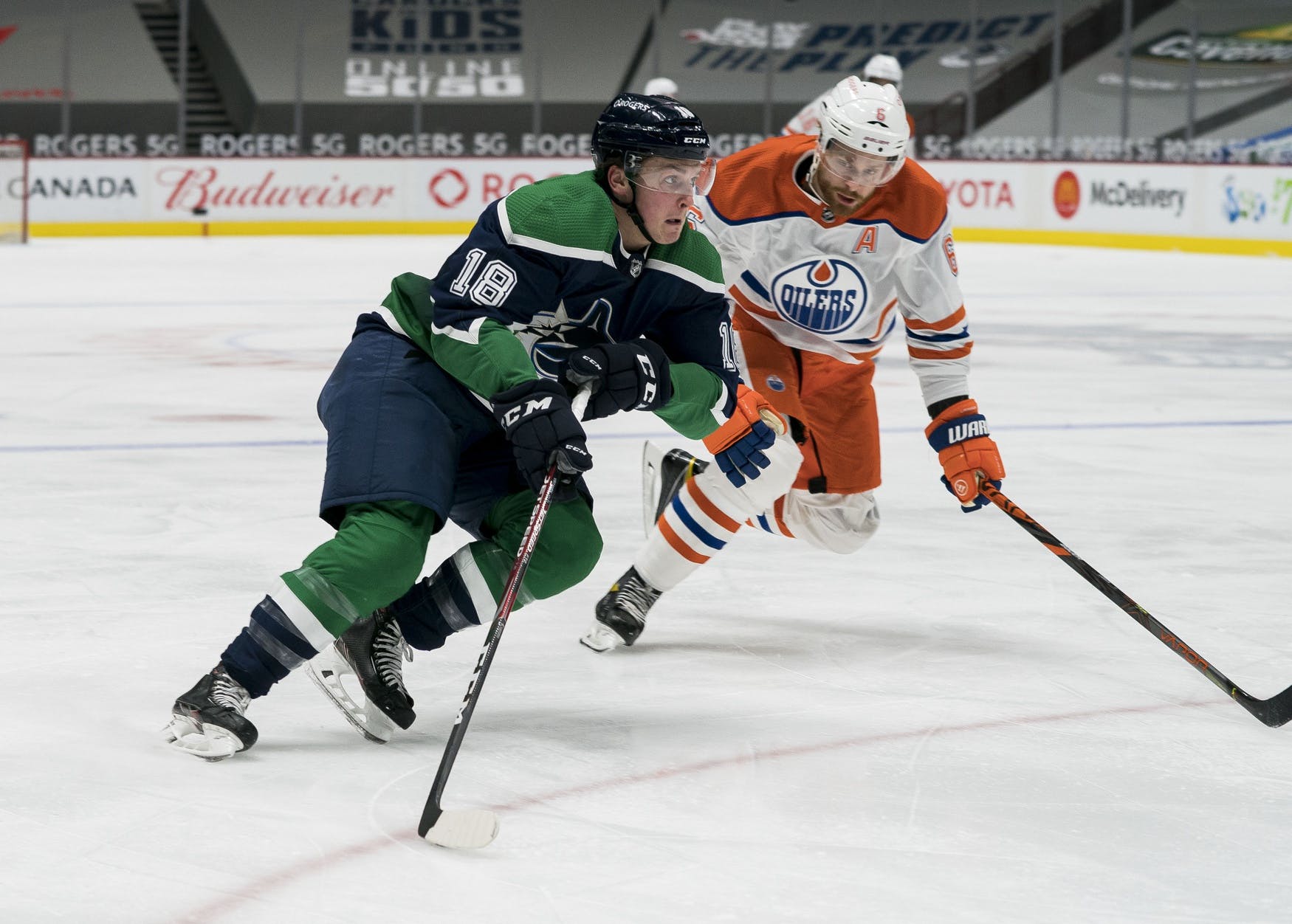 By David Quadrelli
2 months ago
The Edmonton Oilers have signed former Canucks forward Jake Virtanen to a professional tryout contract (PTO), the club announced Monday morning.
Virtanen was drafted sixth overall by the Canucks in 2014 and never lived up to expectations in Vancouver. Once billed as an offensive-minded power forward, Virtanen never reached 20 goals and tallied over 30 points just once over his six years with the club.
Last season with Moscow Spartak of the KHL, Virtanen recorded nine goals and seven assists through 36 games.
The Canucks exercised a buyout on the final year of Virtanen’s contract last summer after an unnamed woman came forward alleging the 6’1″, 227-pound forward sexually assaulted her in 2017. A B.C. jury found Virtanen not guilty on one charge of sexual assault this past July.

Virtanen will spend training camp and the preseason with the Oilers, which will also serve as an NHL audition for all 32 clubs, who Virtanen is free to sign with after the preseason concludes.
Content
Recent articles from David Quadrelli