By Faber
2 months ago
With training camp in the rearview mirror and the preseason now underway, hockey season is officially upon us.
Vancouver Canucks are excited to see what their team can do on the ice this season. There have been upgrades to the forward group, in-house changes to the defence corps, and a new backup goaltender to hopefully give Thatcher Demko some nights off.
Training camp presented many questions as we now enter the preseason portion of the hockey season. Nils Höglander skated on a line of all AHLers throughout camp and even into game one of the preseason. The good news for Höglander is that head coach Bruce Boudreau called him one of the best players on the ice at training camp and believes that he looks even faster than he did last season.
On the backend, Jack Rathbone was gifted a golden opportunity in the Canucks’ first preseason game. The 23-year-old left-shot defenceman is coming off a season where he was a point-per-game player in the AHL and worked on improving his all-around game in the minors.
The next two and a half weeks will provide a chance for Rathbone and Höglander to fight for a chance to snag an NHL roster spot and avoid the trip down Highway 1.
It’s going to be interesting to watch how the next two weeks play out for a handful of players on the bubble of making the Vancouver Canucks. The regular season begins on October 12th with a road game in Edmonton to face the Oilers.
Now that we have handled what’s hot and new around the team, let’s dive into what you all came here to see — a Monday Mailbag!
So, without wasting any more words, let’s dive right into it and see what the great people of Twitter and the comments section had to ask this week.
From the looks of the lines at training camp, you’d guess that either player has a pretty good shot to dress on opening night. Luckily, training camp lines don’t tell the whole story. Danny DeKeyser is in Vancouver on a professional tryout and has been playing alongside Tyler Myers throughout training camp and the early stages of the preseason.
As for Dakota Joshua, his role has been found on what is looking like the Canucks’ fourth line. Joshua has been with Jason Dickinson and Curtis Lazar for the past week and the trio looks to have the bite and snarl that this Canucks team desperately needs in their lineup. We wrote about this trio during camp and I highly recommend giving THIS ARTICLE a read if you haven’t seen it already.
We’ve presented the situations for both of these players, now let’s get to the actual question.
When it comes to who has a better chance of making the opening night roster, it’s a no-brainer.
Joshua is trending toward being an impact player on the Canucks’ fourth line this season while DeKeyser looks like a veteran body in camp — even if it is a bit surprising to see him on a pairing with the Canucks’ third-highest minute-muncher, Tyler Myers.
DeKeyser may be able to get a contract out of this PTO but the Canucks already have a few left-shot defencemen who project to be higher on the depth chart than DeKeyser. There’s Travis Dermott and Jack Rathbone, while Kyle Burroughs has proven he can play the left-side and we haven’t even mentioned Quinn Hughes and Oliver Ekman-Larsson — who look like they could be a pairing on opening night. There’s even deep depth in Christian Wolanin, Wyatt Kalynuk, and Guillaume Brisebois.
It’s just a tough, uphill battle for DeKeyser to crack this lineup. He is a veteran who played in 106 NHL games over the past two seasons and averaged just over 18 minutes of ice time a game. I’d think that DeKeyser slots in around Kyle Burroughs in the current depth chart but with Burroughs’ willingness to drop the gloves, ability to play both sides of the ice — and even play forward in a pinch — we don’t see DeKeyser making his way into the Canucks’ defence corps for the opening night lineup.
Joshua, however, is an exciting piece to the lineup. He is a big body who likes to be aggressive and should bring a real spark to the lineup. I wasn’t sold on Joshua until seeing him at training camp. His linemates Dickinson and Lazar should help put together a fourth line that Canucks fans will enjoy from day one.
That includes opening night.
Joshua has a much better chance of making the lineup.
I win the CanucksArmy Battle Royal.
And I win it easily.
I throw Stephan Roget out of the ring immediately. Likely before the event even begins.
Quads is shot put-able, so he’s an easy out.
Wyatt and Cody would be up to some sneaky stuff so I’d have to try and get Lachlan or Noah on my side for those shenanigans.
Then, everyone else gets a trip to Suplex City before going over the top ropes. Especially Michael Liu. He gets a 13-stop trip to Suplex City. Bill Huan too. It would be a cakewalk win for me.
Let’s start with the NHLers, and then dive into the prospects.
When it comes to ranking the Canucks’ defenceman, our list goes something like this.
To quickly summarize…
Hughes, OEL, and Myers are defencemen who can play 20+ minutes a night.
Rathbone and Schenn are strong when used in the right role.
Dermott, Poolman, and Burroughs have questions about what they can do in the NHL but there are certain parts of their game that you like. That being said, Poolman has a lot to prove and it begins with being healthy.
DeKeyser could be worth a contract, this preseason will help decide that.
Kalynuk, Wolanin, and Juulsen are good AHL defencemen who might need to be called up for a few NHL games a year. You don’t hate these three players in that role.
Keeper is super interesting. If he bounces back from his injury and plays his way into Abbotsford’s top-pairing, we might begin to talk about him as a call-up option down the road. There’s a lot to prove before that day comes.
Brisebois and Woo are AHL depth and would have to take a massive jump this season to talk about them being NHL options.
As for the prospects, there’s not a ton of quantity or quality but there are at least some players to keep an eye on.
This is how we rank the defence prospects.
Since being drafted in the third round of the 2022 NHL Entry Draft, Elias Pettersson has looked great during international play as well as getting small doses of ice time in the SHL to go with his heavy usage when he plays in the J20 league.
The 18-year-old skates extremely well and has a physical edge to his game. We like the upside and floor that Pettersson is showing at such a young age. The kid doesn’t turn 19 until February, so that means he is eligible to play in the next two World Junior Championship. It’ll be interesting to see if he gets a sniff this winter but we expect to see him make a big impact for Sweden at the WJC in 2024.
At a position of need, Jonathan Myrenberg comes in at number two on our list. We like the player a lot and he’s made big improvements over the past 18 months.
His combination of size and speed is exciting for a right-shot prospect and he is playing a lot of minutes during his loan to the Allsvenskan league for this season.
As for Joni Jurmo, we don’t have the highest expectations for him but there’s a lot of raw talent in his skating and he is playing regular minutes in the Finnish Liiga so far this season. If he can work his way up to his team’s top-pairing in the next 18 months, we will be a lot more excited about him.
I’d keep an eye on Tristen Nielsen grabbing an NHL contract sooner or later. His speed is intriguing and though he lacks size, the kid has got that dog in him. The Canucks currently have space for five more NHL contracts, and right now, Nielsen feels like the best bet of the unsigned group.
Another name to keep an eye on is Chase Wouters. He even showed up on our top-10 prospects ranking at one point last season. This guy is a hell of a hard worker, plays centre, and is solid in his own zone. He is without an NHL deal but is starting to get into more of a leadership role in the AHL, and it’s only his second pro season.
As for an AHL deal, I don’t think any names scream off the page from training camp to get a deal. Potentially the right-shot centre Michael Regush. I’ve heard that the Canucks like his speed, ability to play all three forward positions, and the fact that he kills penalties.
The player who is most likely to be picked up off waivers is Kyle Burroughs. He is a right-shot defenceman who showed well last year, has a low cap hit of $750,000, and there’s only one year left on his contract. He would be of interest to many NHL teams and right now, I’d imagine it’s close to a 50-50 chance of him getting picked up by another team.
I doubt the team waives Joshua or Lazar, but they would be players who likely don’t make it through waivers.
Justin Dowling likely will be on waivers soon but I don’t believe a team is going to go after him. He will be a nice piece for the AHL team.
Sheldon Dries or Phil Di Giuseppe likely sneak through as well but I wonder if a team wants to take a run at either of these guys, who could fit on some teams’ fourth lines.

You may see a trade involving Mikey DiPietro, but aside from that, I don’t believe the Canucks will end up making significant moves to their roster before the season opener.
The management group seems pretty content with their current roster but maybe there’s a right-shot defenceman who shakes free in waivers that the Canucks believe in more than players like Tucker Poolman or Kyle Burroughs. Aside from a waiver claim, I don’t think any moves will come to boost the Canucks’ roster.
In my humble opinion, I think the Canucks make the playoffs if they avoid any major injuries to Thatcher Demko, Elias Pettersson, or Quinn Hughes. PointsBet has the Canucks at even odds to make the playoffs and it really feels like a 50-50 chance. The team is going to need good goaltending and strong special teams to make the playoffs. Seeing a bump to their penalty kill unit is going to make a big difference.
It’s hard to bet against a Bruce Boudreau-coached team making the playoffs. In the nine years where Boudreau coached 82 games, he has only missed the NHL playoffs once.
I’d expect to see Karel Plasek back with the Abbotsford Canucks soon but he was not available for camp last weekend.
You’ll likely see him with Abbotsford at some point, but we will have more clarity next weekend from AHL training camp.
Well, that wraps up another Monday Mailbag. We will see you tomorrow for a busy Blackfish Report about the week that was for Canucks prospects.
Be sure to get your questions into the comments section with the #MM hashtag!
Editorials
Recent articles from Faber 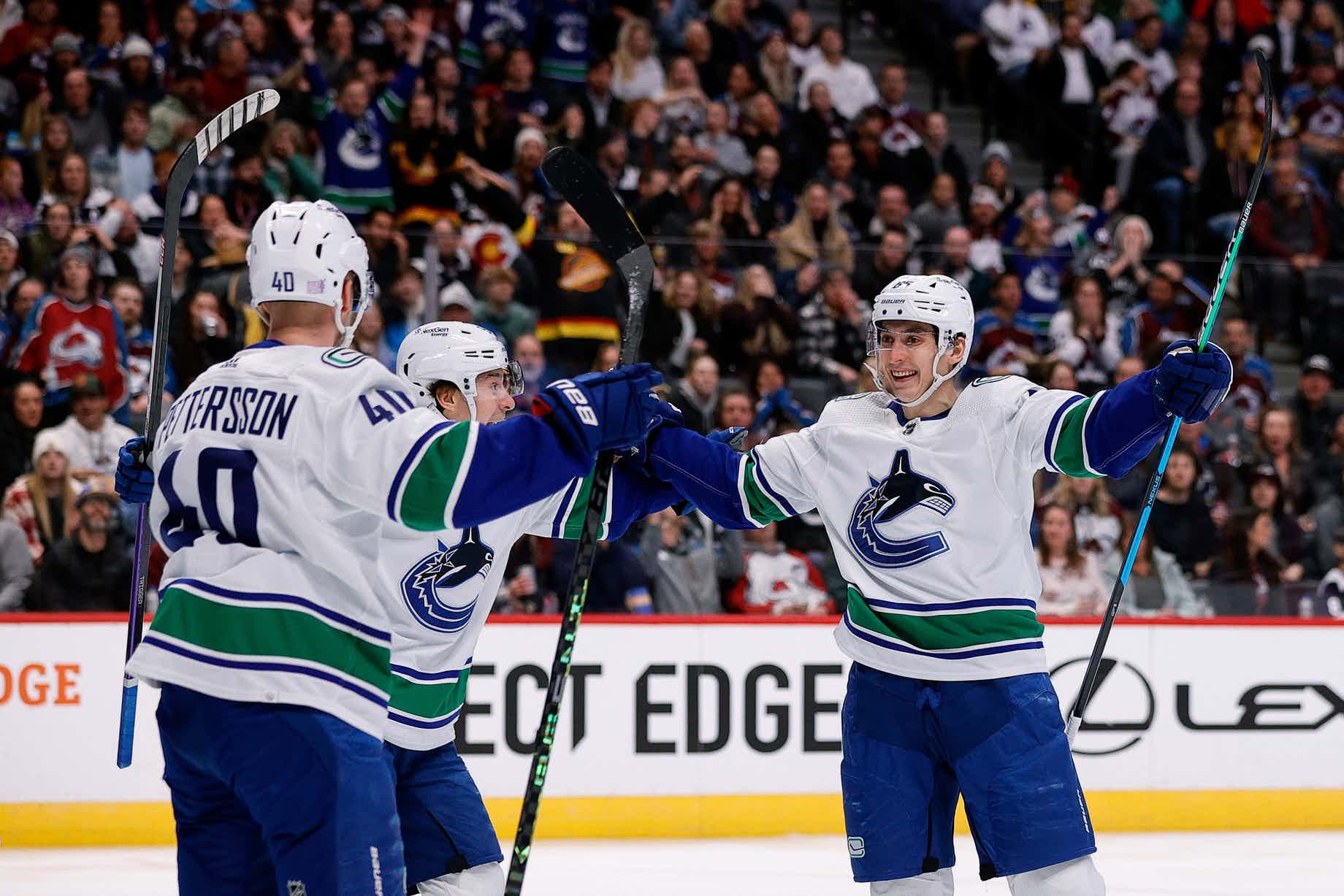 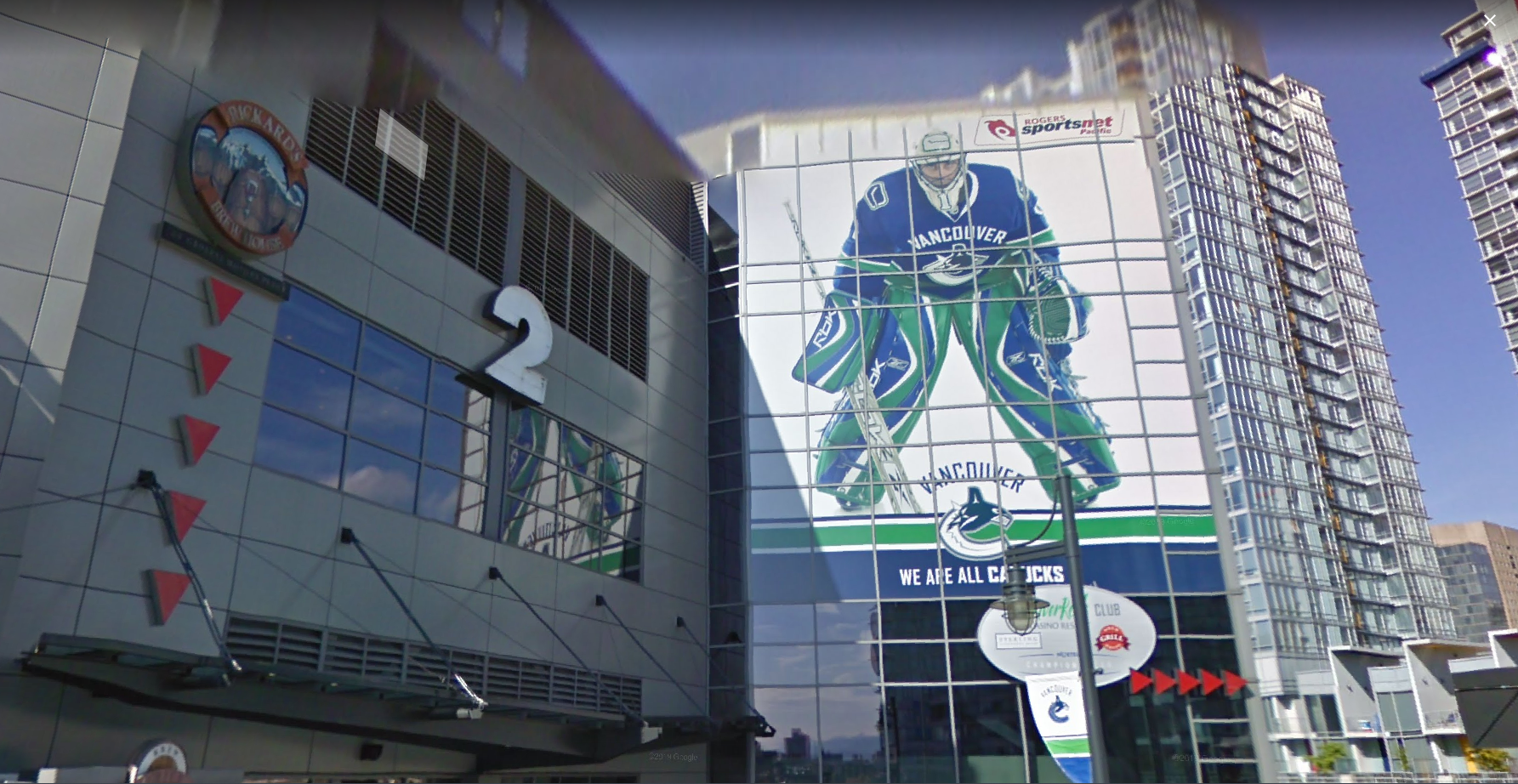