Some takes from my prediction:

-The Knights will win the division but not by as much as so many people believe.
-Ducks, Kraken and Sharks are going to suck so bad.
-Kings will be fun to watch but not quite a playoff team yet. They will miss the wildcard spot by a handful of points.
-One of the Oilers, Canucks or Flames is going to fall apart and miss the playoffs hard. My bet is on the Oilers. I dislike their defence and don’t trust their depth and goaltending.
-If anyone is going to gel this season more than expected, it’s going to be the Canucks or Flames. I think coaching will be the deciding factor on which team finishes higher in the standings between the Flames and Canucks, but both make the playoffs.
That’s it for this week’s Monday Mailbag! Next Monday, we will be talking about regular-season games and that means that points now matter. Let’s see if Travis Green can get his group firing on all cylinders to begin the season. The Canucks truly deserve a hot start after what they went through last season and beginning with a six-game road trip has the chance to be a blessing in disguise.
SIGN UP FOR NATIONDRAFTS 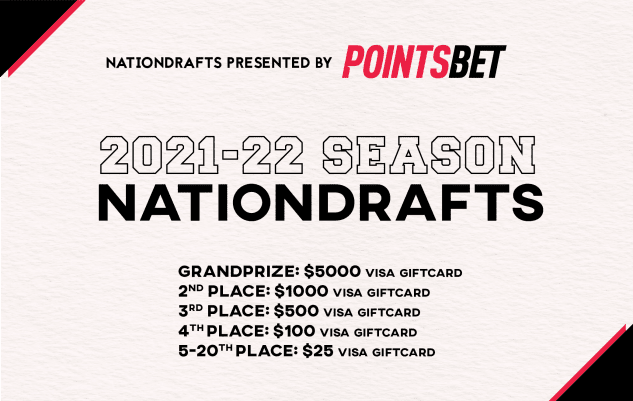 After signing up for a free account, we’re going to give you a bunch of boxes with player names and you’re going to pick a name from each box until you’ve put together a super crew that you think can contend for a NationDrafts championship. Seems easy, right? It is easy and that’s not just because you’re wicked smaht. Sign up for FREE right here.
Uncategorized
Recent articles from Faber