Midway through the 2021 season, Brock Boeser is the Vancouver Canucks’ MVP by a mile 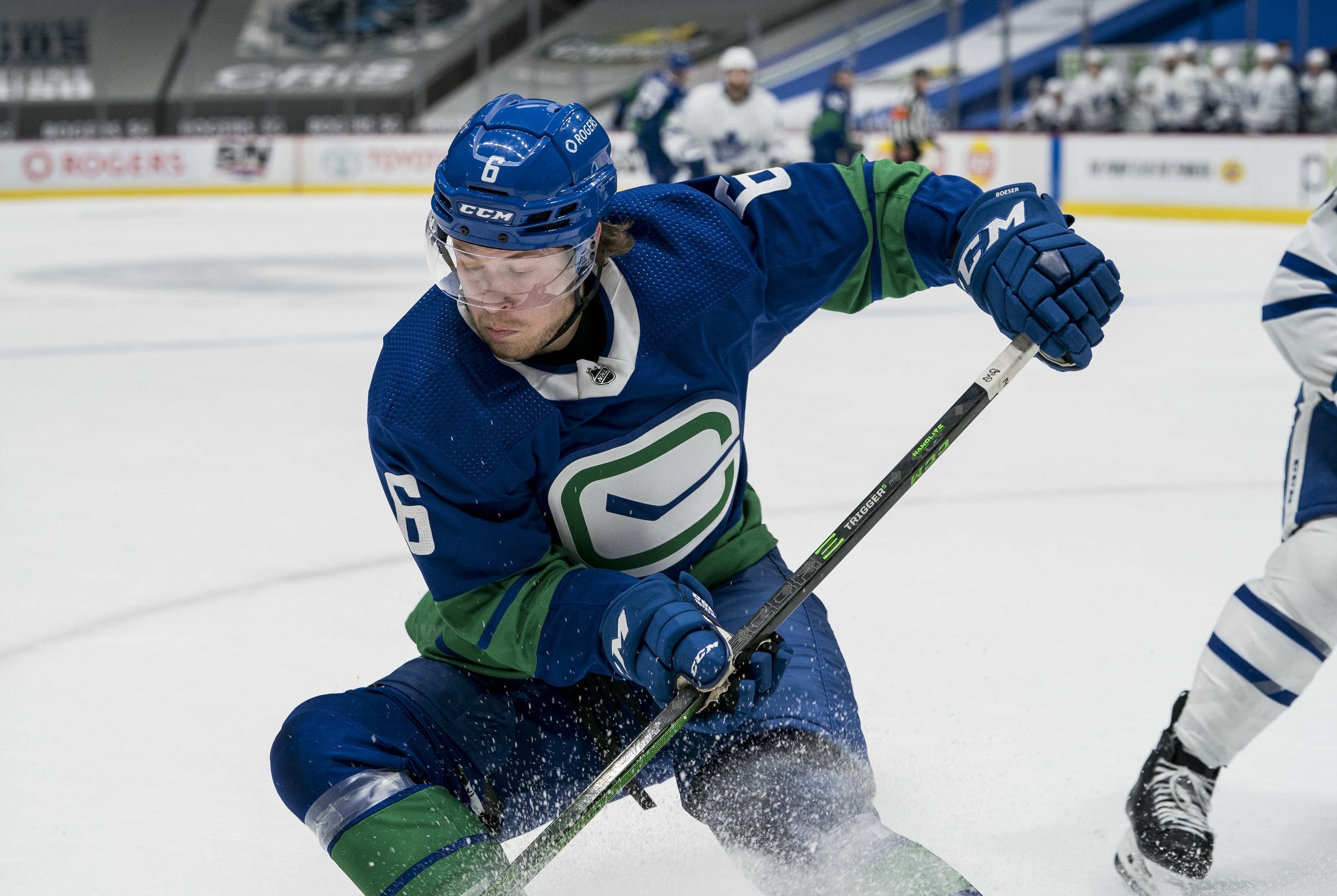 By Stephan Roget
1 year ago
Spring is the season of love, rebirth, and new beginnings, but in hockey, it’s always been the season in which conclusions are drawn. That’s still true now, even in a truncated year.
It may still feel a little like the early going, but as of this writing, the Vancouver Canucks have completed 30 of their scheduled 56 games in the 2021 regular season. That’s two games past halfway, and in a “regular” regular season, the Canucks would be well past the 1/3rd mark.
So, yeah, it might just be time to start making some declarative statements about the Canucks’ 2021 experience thus far. And we’ll start with this one:
Brock Boeser is the team’s undisputed MVP at the approximate midway point of the season.
What’s that, hypothetical strawman constructed for the purposes of hockey rhetoric? You don’t agree?
That’s okay. The numbers certainly do, and you know what they say about arguing with numbers.
From NaturalStatTrick.com
Boeser is currently one point off point-per-game status, well over and above his career average, while potting goals at the exact same rate as his rookie season. He holds the team lead in goals, points, points-per-game, and ranks third in assists, despite often being misattributed as a pure sniper.
And since 30 games can no longer be considered a small sample size, there’s also something to be said about the consistency with which Boeser has put up those points.
Even when the team was suffering through its early-season doldrums — as opposed to its current batch of midseason doldrums — Boeser was hitting the scoresheet on a regular basis. He notched 14 points through the first 15 games (Elias Pettersson only had 10) and then a perfect 15 in the 15 after that. Even during that dreaded eight-game goalless drought, Boeser managed four assists and generated chances at his typical pace.
But wait, our old friend the strawman insists, what about those fancy stats way up yonder there? Boeser’s not the best in any of those categories.
And that’s true. But, as our intrepid editor David Quadrelli already pointed out in a column earlier this week, there might be a good reason for that, and it only serves to make Boeser seem even more impressive.
Boeser is playing against the toughest competition of his career thus far, tied for his most ice-time, and he’s doing it all on a team near the bottom of the standings. When you put it like that, the fact that all his possession and play-driving metrics are hovering around positive or greater becomes downright remarkable. 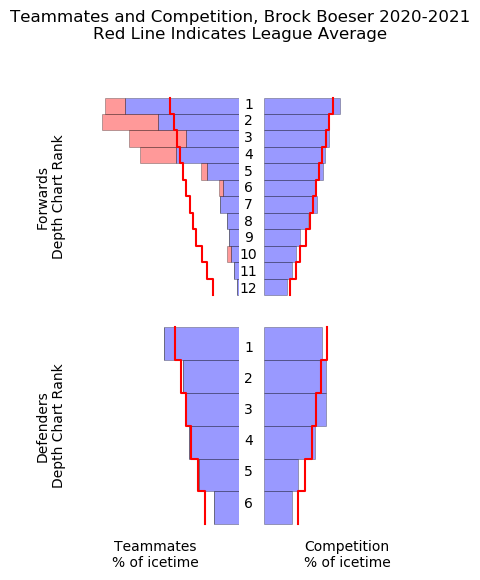 From HockeyViz.com
It’s probably also worth mentioning that Boeser leads the team in even-strength point-scoring and power play goals, proving that he can score in any situation.
But again, scoring is only half the picture here, and if Boeser were merely back to his old sniping ways, we wouldn’t be throwing around phrases like “most valuable.” To that end, we’ll have to turn to the eye test, through the lens of which Boeser’s growth as a complete hockey player is readily apparent.
Boeser’s stickhandling and playmaking are markedly improved over previous seasons, and while that’s partly reflected in his assist and possession totals, the truest measure of this is the highlight reels full of Boeser setting up either himself or others for high-danger chances. Whether he’s doing his dekes, driving the puck through the crease, or bumpering it out to Bo Horvat on the power play, Boeser has found a multitude of ways to contribute to the Canucks’ offence that aren’t just wiring pucks past helpless goalies.
Which, of course, is something that Boeser still does with pleasant regularity.
Before the season began, fans were hoping that Boeser’s goal-scoring abilities could return to their previous levels of glory, and they absolutely have, while several of his other skillsets have taken great leaps forward.
As far as a rebound campaign is concerned, this is best-case scenario and then some.
The bright spots have been few and far between in 2021, but Boeser has been at the center of most of them. He opened the season with a two-goal game, his first of four multigoal games thus far. His steady play helped bring the Lotto Line back to life. He’s scored timely and important goals all year long, both in the scope of a single game — that late shorthanded tying tally comes to mind — and the season overall, as evidenced by his six points in five games since Pettersson’s injury.
When Boeser inked his current three-year contract, there were some who expressed worry that the $7.5 million qualifying offer due to him at the end of the 2022/23 season might be too high. Now, it looks to be a complete nonfactor, because Boeser is straight-up earning a cap hit well over and above that. After a brief and over-sensationalized speedbump, Boeser has continued his evolution into an elite NHL talent and an indispensable component in the Canucks’ core moving forward.
The team might not be doing all that well with him, but imagine where they’d be without him — which is exactly where certain pundits wanted them to be after this past offseason, and some still want them to be by 2022.
Balderdash, both we and the strawman say.
Brock Boeser is not trade bait. He’s — with a respectful tip of our cap in the direction of Thatcher Demko — the Vancouver Canucks’ undisputed MVP in 2021, and he should be recognized and appreciated for it.
Because it’s beginning to feel like he might be worthy of the Fred J. Hume Unsung Hero Award, too, when all is said and done.
Uncategorized
Recent articles from Stephan Roget