Jim Rutherford says the Canucks have made their best offer to Bo Horvat, so what now? 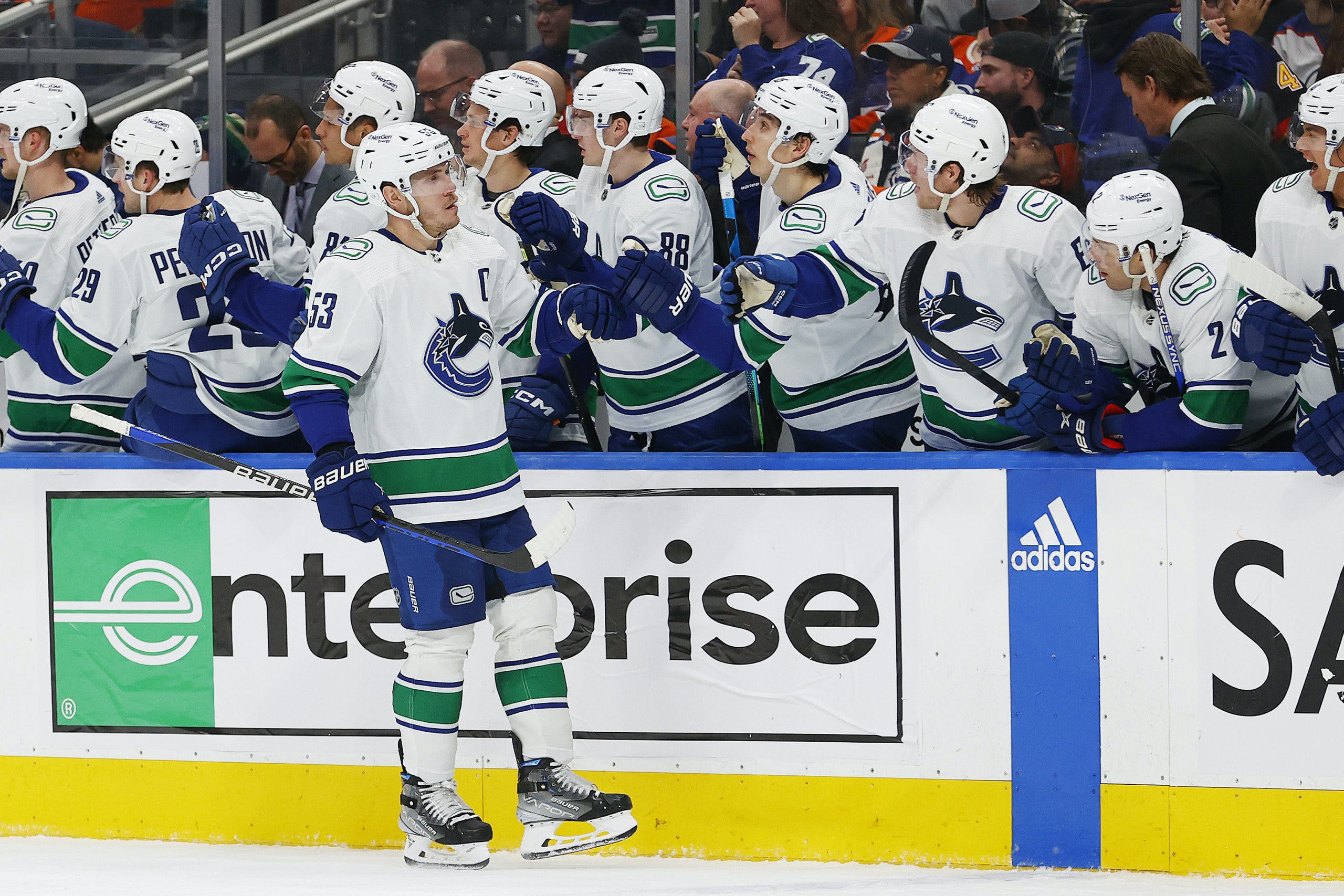 By David Quadrelli
13 days ago
We know, we know. The simple answer to the question our headline poses is “trade him!”
And while the Vancouver Canucks and Bo Horvat are almost certainly heading toward a trade ahead of the March 3rd deadline, there’s still a chance he re-ups in Vancouver.
During his State of the Union address yesterday, president of hockey operations Jim Rutherford confirmed what Rick Dhaliwal of Donnie and Dhali reported just over a month ago — that the Canucks have made their best offer to their captain.

“We’ve I believe have taken our best shot,” said Rutherford. “The contract we have on the table for Bo right now, I think is a fair contract for what he’s done up until this year. But it’s certainly under market value for what he’s done this year.
“We’re in a pickle here. He’s had a career year and a career run, and he’s looking for his money. He deserves it. I don’t blame him. But even with what we have on the table for him now, without any changes — which we don’t whether it’s through buyouts or something, there will be changes for next year — we’re well over the cap on their projection.
“Now, in that projection, you have Poolman in there, will he be on LTIR? I don’t know. There’s ways of moving money around. There’s creative ways. But the fact of the matter, it’s always a tight fit.”
Okay so, what now?

Rutherford’s answer indicates that moving Horvat at the deadline is what the Canucks have decided on. A glance at where the team is at the standings, combined with the fact they’ve already committed long-term to JT Miller after a career year, will tell you that’s probably the right decision.
Simply put, the Canucks are not in a position to lock up three centres — and yes, that includes Miller — for north of $7 million each, and it’s hard to believe Horvat is agreeing to anything less than $7 million annually.
Industry chatter suggests that the Canucks could take another run at Horvat with a contract, but there’s another avenue that’s been put on our radars.
“Don’t discount the idea that Horvat tells his agent at the eleventh hour to just get it done,” one anonymous league executive not affiliated with the Canucks, told CanucksArmy. “That can happen, and has happened before. He’s got roots there and a young family. I’m not saying they immediately take the Canucks ‘best offer’. But maybe saying ‘okay, we’ll do the deal if you add another year of a no-move clause or if you increase the AAV by $500,000. This saga could be far from over.”
Do with that what you will, but no matter the case, the best course of action remains for the Canucks to trade Horvat at the deadline to the highest bidder.

Plenty of trade interest in Bo

It will come as no surprise that there are plenty of teams around the league interested in Bo Horvat. The level of interest varies from team to team, and there is more than one team around the league near the bottom of the standings that will hope to sway Horvat in free agency instead of giving up precious assets to acquire him via trade in a non-playoff season.
Obviously, this limits the number of potential suitors, but interest in Horvat is sure to be high leading up to the deadline nonetheless.
And for the Canucks, that opportunity should be too good to pass up.
Maybe things would be different had the club not prioritized signing Miller instead of Horvat this past offseason, but that’s just not the way things went. And as Rutherford alluded to, the Canucks cannot repeat the mistakes of the past offseason and panic to lock up a player after a career year.
It’s just a shame that level of restraint and understanding seemingly only came four months late.
Editorials
Recent articles from David Quadrelli