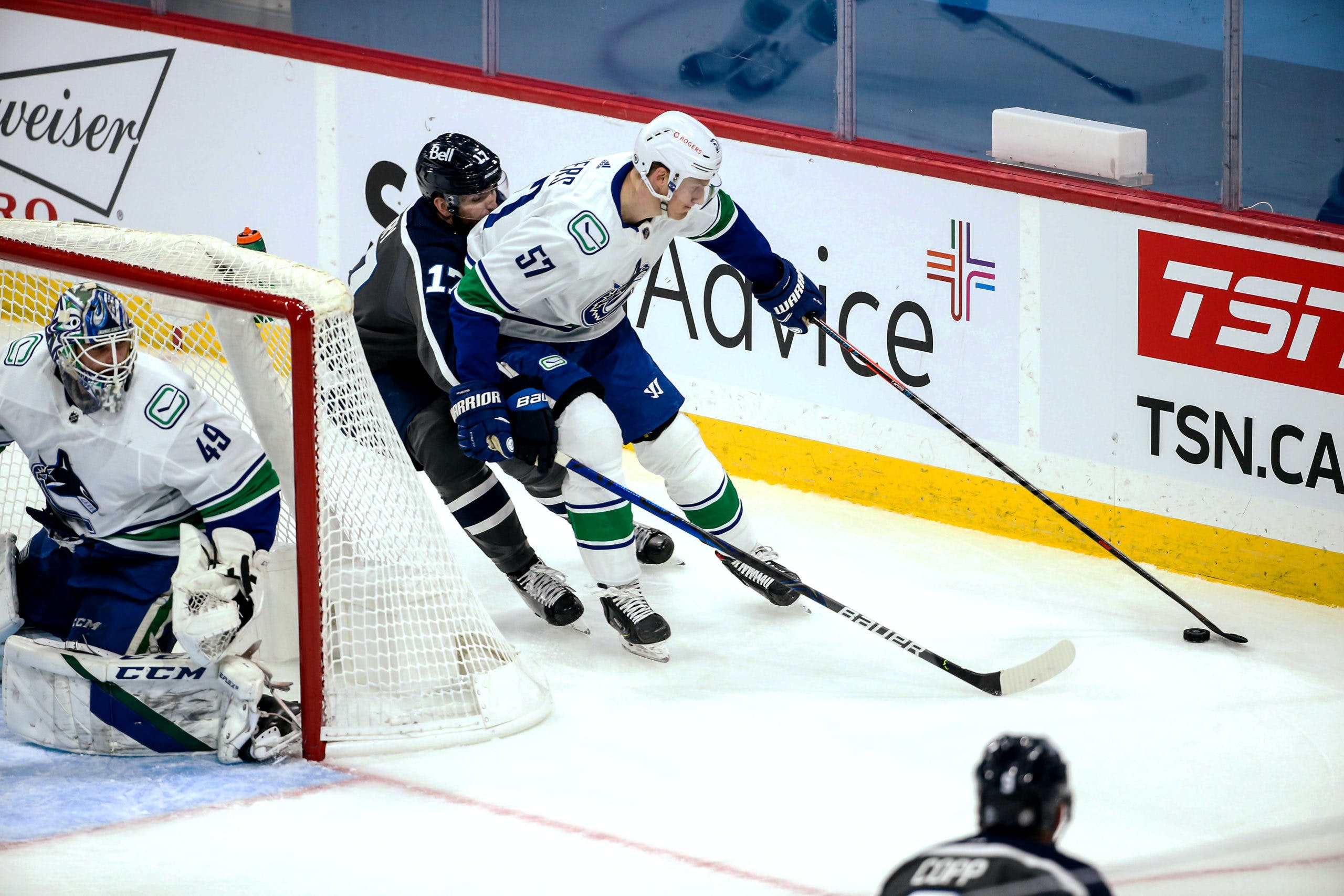 By Nation World HQ
1 year ago
by OddsShark (@OddsShark) – Sponsored Post
The Vancouver Canucks fell to 0-7 on the moneyline in their last seven home games against the Winnipeg Jets with their 4-0 loss to the Jets on Monday night. The Canucks will try to snap their home losing streak against Winnipeg on Wednesday.
Vancouver is a +125 home underdog on the NHL odds at sportsbooks monitored by OddsShark.com. Winnipeg (-145) is 14-2 in its last 16 games against the Canucks.
Jets vs Canucks | OddsShark Matchup Report
The Canucks were thoroughly outplayed in their 4-0 loss to Winnipeg. The offense managed only 22 shots in the game and Thatcher Demko allowed four goals on 29 shots. It marked just the second time in Demko’s last 11 starts that the goaltender has allowed more than two goals in a game. Vancouver’s offense is averaging a paltry 1.75 goals per game in regulation over the team’s last eight games. With Elias Pettersson and Tanner Pearson out indefinitely and Bo Horvat leaving Monday night’s game with a foot injury, those offensive struggles are likely to continue.
In 31 games as a betting underdog this season, the Canucks are 11-18-2 per the OddsShark NHL Database.
Winnipeg snapped a two-game losing streak with its strong effort against the Canucks on Monday. Connor Hellebuyck made 22 saves to pick up his first shutout of the season in the win and Adam Lowry scored two goals in the third period to put the game out of reach. The Jets are now comfortably ahead of the Canucks in the standings by five points with four games in hand and are just two points behind the Toronto Maple Leafs for the top spot in the North Division.
Wednesday night’s total is set at six goals at sports betting sites. The UNDER is 6-1 in Vancouver’s last seven games at home.
Vancouver’s recent 7-1-1 run gave fans some hope at making a late run towards a playoff spot down the stretch. That window hasn’t completely closed, but with the injuries piling up and so little room for error, it’s going to take one heck of a run to close the gap in the North. The Canucks will have a week off to regroup after Wednesday night’s game.
Check out OddsShark on Twitter and Instagram or head to YouTube for analysis on this week’s top games. As well, the OddsShark Computer serves up daily NHL betting picks.
Odds News
Recent articles from Nation World HQ