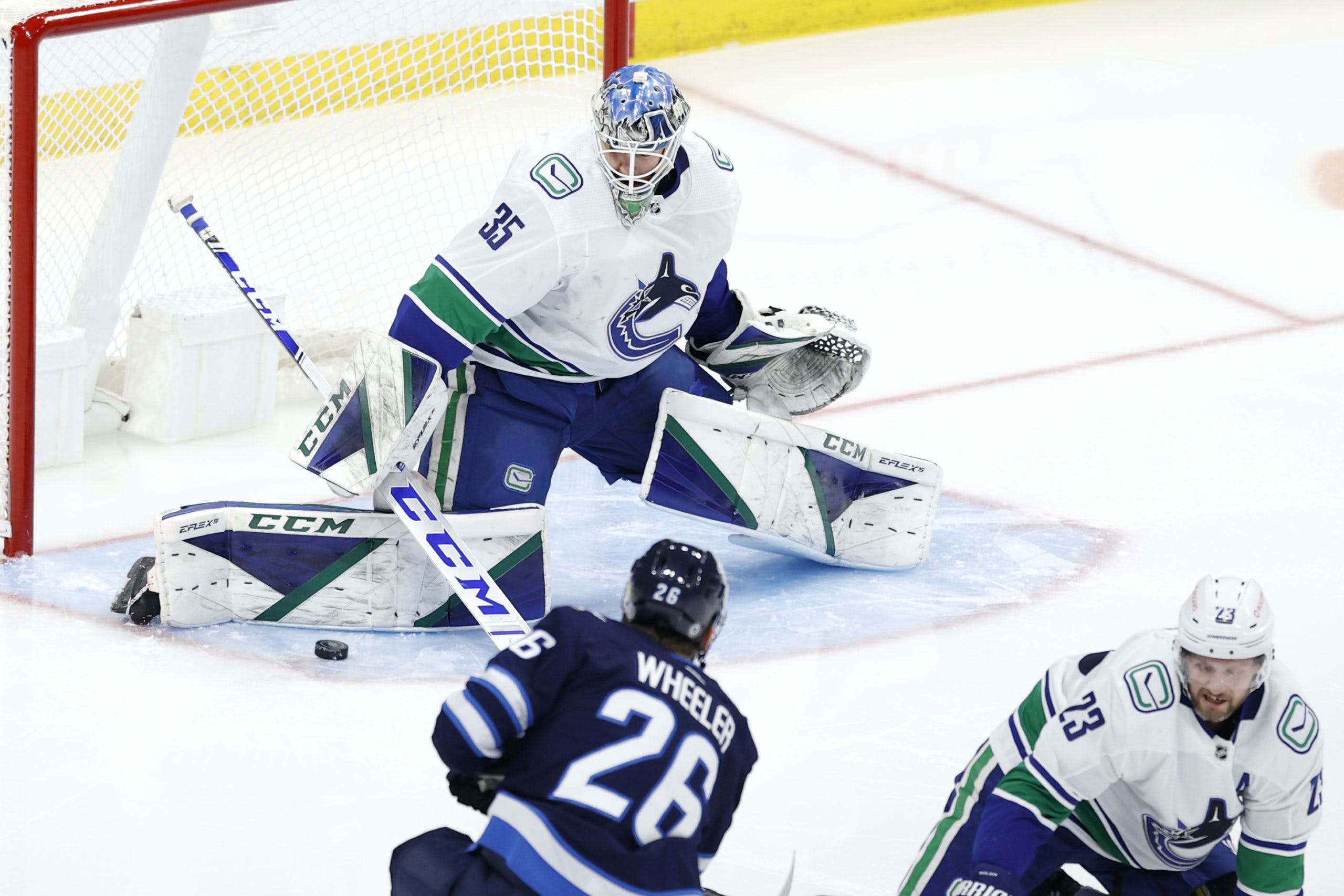 By Nation World HQ
1 year ago
by OddsShark (@OddsShark) – Sponsored Post
The Vancouver Canucks are 7-1-1 over their last nine games. The Canucks hope to stay hot on Monday night when they host the Winnipeg Jets.
Vancouver is a +105 home underdog on the NHL odds at sportsbooks monitored by OddsShark.com. Winnipeg (-125) is 6-0 in its last six road games against the Canucks.
Jets vs Canucks | OddsShark Matchup Report
The Canucks picked up three of a possible four points in their back-to-back set of games against the Montreal Canadiens on Friday and Saturday but failed to gain any ground on the Canadiens in the standings as both games went to overtime and both teams went 1-0-1. Braden Holtby was on the losing end of the second game in a 5-4 shootout loss, falling to 4-6-2 with a 3.24 goals-against average and an .894 save percentage in the process.
The loss wasn’t entirely on Holtby as Vancouver was outshot 40 to 18 before the shootout, but it’s clear at this point that Thatcher Demko gives the Canucks a better chance to win on a nightly basis. Demko improved to 12-10-1 with a 2.66 goals-against average and a .921 save percentage in his win over Montreal. The Canucks are 8-1 in his last nine starts.
The Jets picked up their second straight regulation loss to the Edmonton Oilers on Saturday night. Winnipeg has gone 3-4-1 over its last eight games since going 6-1 over its previous seven games. The standings in the North Division have become much more muddled in recent weeks with Winnipeg now only one point ahead of Montreal with the same number of games played and three points ahead of the Canucks with four games in hand against Vancouver.
Monday night’s total is set at six goals at online betting sites. The OVER is 8-1-1 in Winnipeg’s last 10 games.
Vancouver plays this set of two games against the Jets at home on Monday and Wednesday and then one more set of two in Winnipeg in April. With the Toronto Maple Leafs and Edmonton Oilers looking like clear-cut playoff teams, the Canucks need to knock either the Jets or Canadiens out of one of the other two spots. A strong performance against Winnipeg would help.
Check out OddsShark on Twitter and Instagram or head to YouTube for analysis on this week’s top games. As well, the OddsShark Computer serves up daily NHL betting picks.
Odds News
Recent articles from Nation World HQ