Instant Reaction: Elias Pettersson does it again as the Canucks win 6-5 vs. Sharks 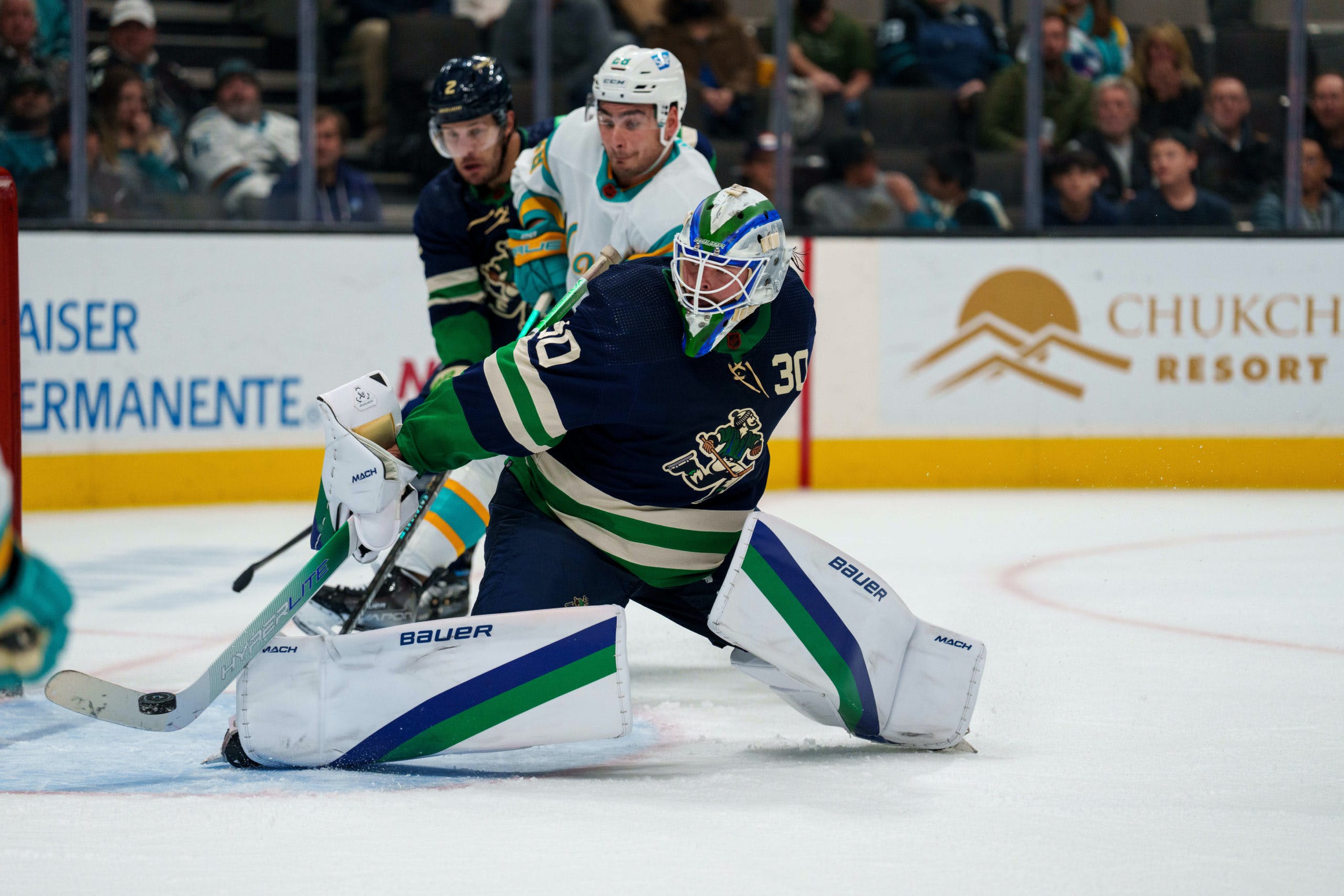 By David Quadrelli
1 month ago
Welcome back to Instant Reaction — the series at CanucksArmy where we give our instant reaction to the game and ask our readers to give theirs in the comments section below! The Stanchies by Wyatt Arndt will be posted later this evening. The Statsies — CanucksArmy’s analytics-based post game report — will be posted later tomorrow morning.
Just as we all expected, Dakota Joshua nearly had a hat trick in this game.
Okay, maybe nobody expected that, but there certainly wasn’t anyone betting against the Canucks getting themselves into another barn burner that would eventually be sealed in overtime with a thrilling goal from Elias Pettersson.
Just like we saw on Monday night when Pettersson got his revenge on Mike Matheson, the Canucks’ super Swede did it again.
That’s our most instant reaction to this game.
Like they did in the game in Montreal, the Canucks’ best and worst qualities were on full display tonight. They were careless with the puck at times but extremely careful with it at other times. They decided not to take any shots on an inexperienced netminder entering the game cold in the third, but managed to beat him when it mattered most.
If you’re a fan, this team is stressful as hell to watch, and there’s simply no other way to put it. You really never know what you’re going to see at any given moment with this team.
And even though it was against another one of the league’s bottom-feeders, the Canucks picked up the victory tonight and did it in thrilling fashion thanks to EP40.
And credit to Spencer Martin, he went to a whole new level of aggressive goalie, losing some of his equipment in the process on the dangerous-looking chance the Sharks had right before Pettersson led the charge the other way.
Martin wasn’t great in this game by any means, but he came up big for the Canucks in OT, and as they say in the business, gave his team a chance to win.
Pettersson also played a big part in tying this one up, as his slap pass fooled everyone in the building except for the Sedin twins, who looked on from the press box with smiles on their faces.
They can’t all be Picassos, and this team will take wins any way they can get them right now. And hey, if you’re team tank, the Canucks keep giving loser points to teams that they could find themselves competing with in the Connor Bedard sweepstakes.
What more can you ask for?
The Canucks have now won eight of their last 11 games and now once again find themselves currently sitting two points out of a playoff spot.
There’s still a long road ahead, and the wins the Canucks have been picking up lately certainly don’t instill a ton of confidence in their team play, but hey, wins are wins.
What did you think of this game? Let us know in the comments section below!
Editorials
Recent articles from David Quadrelli