‘I’m happy, the happiest’: Vasily Podkolzin speaks about his time with the Vancouver Canucks so far 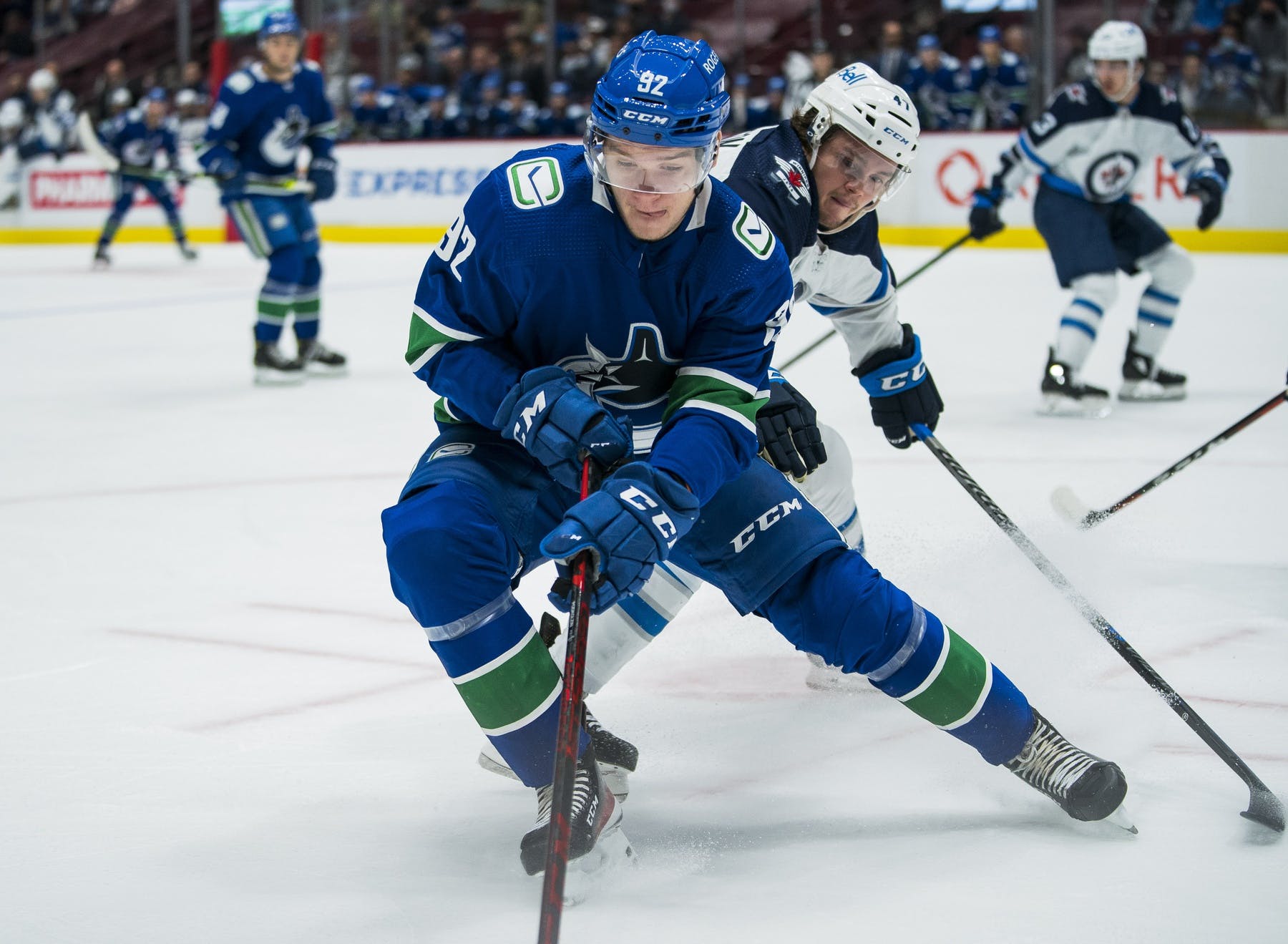 By Faber
1 year ago
We haven’t heard much from Vasily Podkolzin throughout the Vancouver Canucks’ road trip. His interpreter, Alexandra Makarevsky, is not on the road with the team, so he hasn’t been made available to media.
Podkolzin has, however, been talking with Russian media about his first few games in the NHL.
Alexey Shevchenko is a newspaper reporter over in Russia and had an interview with the Canucks’ 20-year-old rookie. So, we had to crack out the Google translate machine and see what was said. (Bear with us on the exact verbatim of the quotes.)
Shevchenko asked Podkolzin about his thoughts on his first three games in the NHL.
“I’m absolutely happy that I’m in the NHL,” said Podkolzin. “As much as they give to play, so much is given. Of course, I want more, but it would be worse if I didn’t play in the NHL. I was left on the [NHL] team. So, I’m happy, the happiest.”
He was asked what his biggest takeaway was from the first few regular-season games. Podkolzin responded with one word: speed.
When Shevchenko followed up, Podkolzin said the difference was “huge”.
Podkolzin gave his thoughts on the city of Vancouver and his living situation. He is very happy living in a tower that is basically attached to the arena. He mentioned that he is not being recognized that often, but on occasion has run into Canucks fans. As for the city of Vancouver, Podkolzin is a fan of it. He called it a “very nice city” when asked about his early thoughts on Vancouver.
He mentioned that most of his teaching is coming after the game or at practice. Podkolzin said that mistakes are not pointed out until video sessions after the games.
We all saw Podkolzin not be able to get a point in the preseason and he mentioned that it was tough for him to go through the entire exhibition schedule without a point.
“It was a difficult month,” said Podkolzin. “Not that it was annoying — but it was unpleasant. Chances were constant in every game, but I could not score. It’s good that we managed to do this at the start of the season. Now I need to increase the pace and show the coach that I am ready for the working rhythm.”
After playing two seasons in the KHL, Podkolzin knew that the NHL was going to be different but he did everything he could to get himself ready for it.
“I’ve been preparing for this all summer,” said Podkolzin. “There is no time to get upset if something does not work. There are a lot of matches, and there are chances to quickly correct the situation. They explained it to me right away. It’s very interesting here. Until the last minute of the third period, you don’t know if you’re going to win or lose.”
When asked about how late he was up after his first goal, Podkolzin said: “about half-past four probably. Although the next day we had a game.” He was later asked about Connor McDavid getting a hat-trick and being two goals up on him. “We’ll catch up,” he said.
He was asked about playing against two of the best in the world in McDavid and Leon Draisaitl. “I want to confront such stars and beat them,” said Podkolzin. “They have a very high level, and it immediately catches your eye.”
Finally, he mentioned that he understood why he does not play late in some games. Shevchenko asked him why he didn’t play in the third period after scoring earlier in the game. The translated text doesn’t make a lot of sense but he did say that “it was quite tense” and that it was communicated to him why he did not play.
It was nice to hear from Podkolzin even if it was through a Russian media outlet. We may need to have the Google translate app out more often until he gets more comfortable with the media or ends up having his interpreter for home games.
Uncategorized
Recent articles from Faber