‘I think it’s a steal for Vancouver’: The Canucks are excited to have Oliver Ekman-Larsson at camp 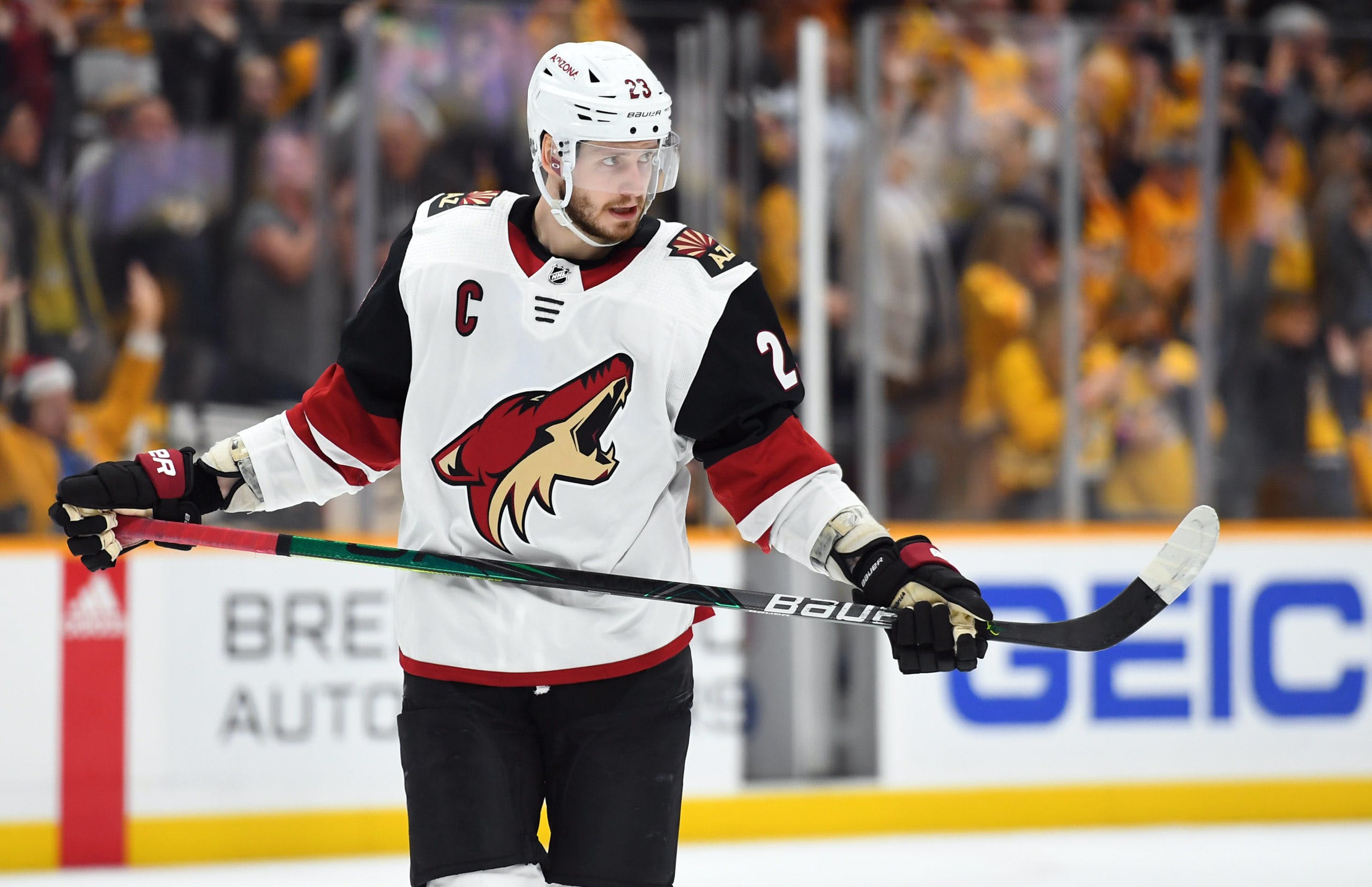 By Faber
1 year ago
Oliver Ekman-Larsson became a big part of the Vancouver Canucks’ organization this offseason. Even more than he was last offseason as the rumours of an OEL deal finally came to fruition at the end of July.
Fast forward exactly two months and OEL is now in front of Canucks media and even cracked a joke off the top as he told the media to, “keep it quick” in a joking tone. He and fellow newcomer Conor Garland faced the Vancouver media in-person for the first time yesterday at Rogers Arena.
Ekman-Larsson will play a big role for the Canucks as he currently sits at number one in their left-side defence depth chart. Quinn Hughes is still without a contract and that means that OEL will be the left side’s horse through training camp. In some eyes, OEL is a number one defenceman. Those eyes include Jim Benning who has said so many positive things about the new Canucks defenceman throughout the offseason.
As for who Ekman-Larsson will be paired up with, right now, it’s too early to tell. ”We haven’t gotten that far yet,” said Ekman-Larsson when asked about who he anticipates he’ll be playing with.
“It’s still the first day of training camp, but I feel like we have a lot of good players in the back end there so it doesn’t really matter. My goal is to make my partner better and whoever is on the ice with me better, so that’s what I’m trying to focus on, but as I said is, there are a lot of good players on that team and I’m super excited to, to step on the ice tomorrow.”
On day one, Ekman-Larsson played alongside fellow newcomer Tucker Poolman as Poolman seems to have the defence-first mindset that will mesh well with Ekman-Larsson looking to bring an offensive punch from the back end. If the Canucks want to explore an all-offence pairing, we could see OEL partnered with Tyler Myers. We saw Travis Green do this with Hughes and Myers in the past and when the Canucks are trailing, Myers will likely move up from the third pairing and play with one of Ekman-Larsson or Hughes.
We always struggle to understand how Myers starts on a third pairing and plays 20+ minutes a game. With penalty kill time and the chance to form a double-pronged offensive-defenceman pairing when the Canucks need goals, Myers should be logging a lot of minutes once again.
Myers was another player who took to the podium and had some glowing reviews for OEL.
“He adds a tremendous amount of depth,” said Myers. “We’re pretty close in age, we came into the league around the same time. I always thought of him as a really good player, and then even just skating with him over the last couple of weeks, you really see the details of why he’s probably one of the most smooth-skating defencemen I’ve ever skated with. I know it’s a short amount of time, but it’s really exciting to have him here to help our D-core. He makes us a whole lot better.”
It’s clear that Ekman-Larsson has taken a step back as he is not the Norris Trophy finalist calibre defenceman that he was years ago. A big question about his game has been his skating and to hear Myers talk about him being one of the best smooth-skating defencemen he’s been on the ice with is certainly promising to hear. Let’s hope that his evaluation is correct. He will be relied upon to play a big role for the Canucks this year.
“When I came into camp in my first year in 2015, he was the guy I went home and told everybody in junior about how good he was and how dominant he was,” said forward Conor Garland, who the Canucks acquired along with OEL in the summer blockbuster trade. “I was fortunate to see what he did for us in the bubble and how well he played for us and how he was our leader in the playoffs. I really think it’s a steal for Vancouver to be able to get him at this time in his career.”
As for the trade and his thoughts on Vancouver, OEL had high praise for the city and feels as though Vancouver is a perfect spot for him to take the next step in his career.
“I think it’s a great fit and that’s why I wanted to come here,” said Ekman-Larsson. “I really like Vancouver. I think all the young guys are going to be in their prime and we’re gonna have a chance to win and that’s what it’s all about. I want to win. I’ve been in the league a long time now and never really got a chance to go far into playoffs and stuff so that’s what I’m really looking forward to.”
There has to be pressure on Jim Benning and the entire Canucks’ team. They have pushed their chips in with the current group and now have six seasons of OEL as his cap hit of $7,260,000 will not be forgotten about through all six of those years. Expectations are high and will be tough to meet for the 30-year-old defenceman.
It won’t take long to form an opinion on OEL and as he takes up 8.9% of the salary cap, preconceived thoughts from fans on him are mostly negative. We’d like to see him in a Canucks jersey before forming a true opinion. It’s very possible that he can be a fine top-four defenceman for this Canucks team. As for Jim Benning’s evaluation of him as a number one, we’ll just wait for Hughes to sign his deal, and then we can talk about who is this team’s number one defenceman.
Uncategorized
Recent articles from Faber