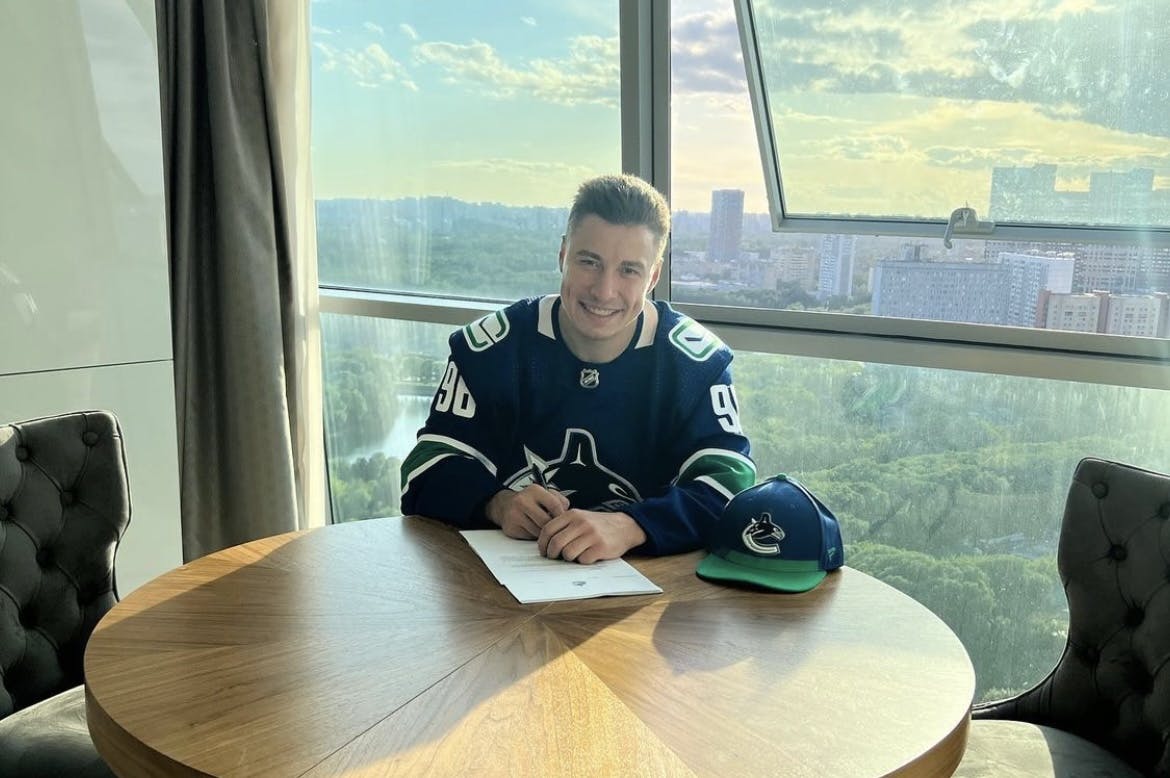 By David Quadrelli
7 months ago
You’re not dreaming.
After months of speculation and a meeting last week with the Canucks that we told our readers we were getting good vibes from, Andrei Kuzmenko has chosen to sign with the Vancouver Canucks.
The highly-coveted KHL free agent finished second in league scoring last season and garnered interest from almost every NHL club.
He met with a number of clubs, and last week wrapped up his visits to NHL cities with a visit to Vancouver a day after he was in Edmonton.
This wasn’t the first in-person meeting for Kuzmenko and the Canucks as Rick Dhaliwal of Donnie and Dhali reported that general manager Patrik Allvin and head coach Bruce Boudreau met with the Russian winger in Michigan last week as well.
Canucks GM Patrik Allvin has a long-standing relationship with Kuzmenko’s agent and Milstein spoke on the Canucks Conversation podcast about Allvin having watched and checked in on Kuzmenko over the past nine years.
We have seen Kuzmenko’s production incrementally rise over his past seven seasons in the KHL and he is ready to make the jump to the NHL. It’s not just about scoring with Kuzmenko, we liked the motor that he has and how he does a great job creating offence quickly from creating turnovers in the neutral zone. There’s no guarantee that he will come in and be a star in the NHL but he does have the intangibles and the stats that lead us to believe he should definitely be an NHL-calibre player.
Kuzmenko’s contract with the Canucks will be a one-year ELC and the full contract details will be made available soon.
We are recording an emergency episode of the Canucks Conversation Podcast and will have it up this afternoon!
More to come.
More from CanucksArmy:
Uncategorized
Recent articles from David Quadrelli