The good, the bad, and the ugly of a three-year contract for Elias Pettersson 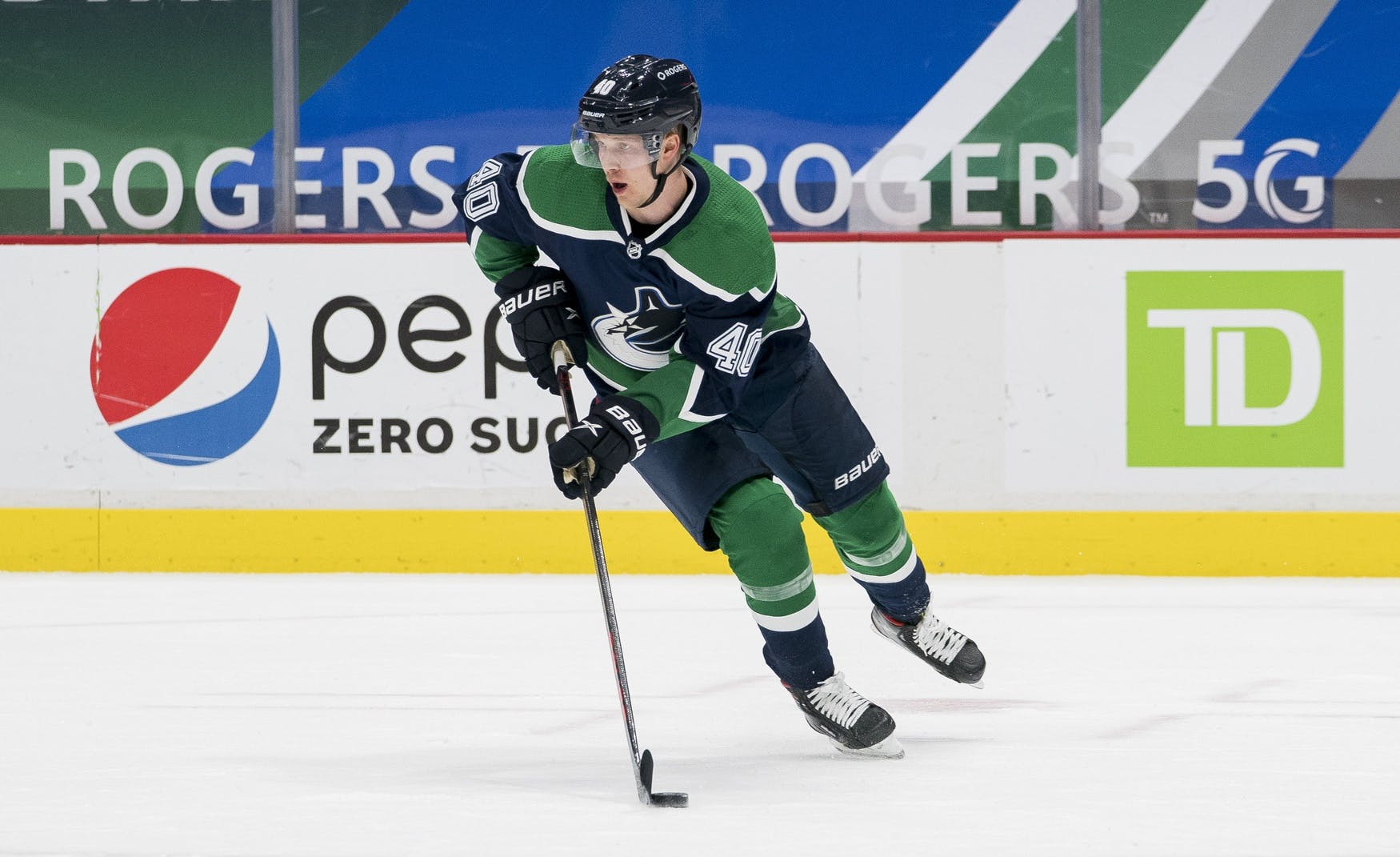 By Stephan Roget
1 year ago
If you’re anything like the rest of us here at CanucksArmy, you’re only reading this as you take a break from refreshing your social media platform of choice, desperate for news of extensions for Elias Pettersson and Quinn Hughes.
Unfortunately, this article isn’t going to offer much of a reprieve.
The latest batch of rumours have been fairly consistent in their insistence that — while a long-term deal may still be on the table for Hughes — Pettersson’s camp is looking for a bridge deal, one that seems most likely to come in at a term of three years.
It’s a piece of news that, if it proves true, Canucks fans should receive with mixed emotions. There are some immediate benefits to be had in a three-year extension for the franchise’s top center — but also some potentially devastating consequences further down the road.

The Good: Cap space now and in the future

The first, most direct, and most obvious benefit to come out of a three-year commitment to Pettersson is that it will cost less in average salary than a longer extension would. Estimates on the AAV for his bridge range from about $7 million to $8.5 million, whereas a seven- or eight-year deal might cost the Canucks upwards of $9 million or even $10 million. Those extra millions in cap space will come in handy right here, right now, and continue to be extremely useful as Jim Benning and Co. attempt to manage their tight financial situation over the next three seasons.
The timing of the contract’s expiry could also work out brilliantly. In one year, the Roberto Luongo recapture penalty will disappear. The year after, so will Braden Holtby and Jake Virtanen’s buyout penalties and Micheal Ferland’s place on the LTIR, along with Travis Hamonic’s own pricey extension.
Then, in the summer of 2024, when Pettersson’s theoretical three-year deal is scheduled to come to an end, Tyler Myers and Tanner Pearson come off the books, opening up more than enough space for whatever sort of raise Pettersson is looking for at that time.
That’s to say nothing of the cap ceiling itself, which will almost certainly be higher by then.
A three-year deal for Pettersson buys the Canucks time, and specifically enough time to wriggle out of their current cap woes — assuming they don’t make any further catastrophic blunders in the meantime.

The Bad: An exorbitant payday to come

They say there’s no such thing as a free lunch, and there’s definitely no such thing as free cap space. Whatever the Canucks save now in signing Pettersson to a bridge deal, they’re sure to pay for further down the road — and then some.
Right now, Pettersson is coming off the most disappointing season of his NHL career. In three years’ time, however, things are going to be different.
He may suffer more injuries in the future, but the odds of him having four injury-plagued seasons in a row are slim. That means that the Canucks will be paying Pettersson’s next contract based on healthy production at ages 23, 24, and 25 — typically recognized as the dead-center of a player’s scoring prime.
Is there anyone out there who really doubts that at least one of those seasons will be a point-per-game campaign for Pettersson?
Those same three seasons will also see the salary cap unflatten and then start to rise precipitously as NHL revenues return to pre-pandemic normality. That will lead to the average salary rising, and plenty of other star players signing big-ticket contracts, each of which will be subsequently used as comparables for Pettersson’s next deal.
A bridge deal today all but guarantees that Pettersson’s third NHL contract is a doozy, likely to clock in at over-and-above a $10 million average and nearly certain to stretch into Pettersson’s early-30s.
Given that the Canucks will hope to be competitive during much or all of that same time period, such a contract could become an increasingly burdensome millstone to juggle, especially if Pettersson starts to slow down as he exits his prime.
A bridge deal, then, is probably best understood not as a discount, but as a layaway. Save now, pay later — with interest.

The Ugly: Pettersson’s path out of town

Despite some cryptic comments about wanting to play for a winning team, no one is seriously suggesting that Pettersson wants out of Vancouver in the present moment. That could change over the course of three years, however — especially if those three years aren’t as competitive as Pettersson and the Canucks hope — and a three-year bridge contract might just end up being Pettersson’s ticket out of town.
At the expiry of a three-year contract, Pettersson would be 25 years old, and still a restricted free agent. But he’d also be in his sixth NHL season, and thus just a single season away from unrestricted free agency at age 26.
At that point, there’s nothing stopping Pettersson from accepting his one-year qualifying offer — or even filing for arbitration — playing out the year, and then moving on as a UFA. Surely, he wouldn’t have much difficulty finding a new home on the open market.
Even if Pettersson wanted to stay in Vancouver, the prospect of his pending UFA status would give him enormous leverage in his negotiations with the Canucks, boosting his salary expectations even higher than where they might otherwise have been.
Having one’s franchise center just a few steps from the exit door is not an enviable position by any stretch. But it’s looking like one the Canucks will have difficulty avoiding. Sign Pettersson to a three-year contract today, and you all but ensure a dramatic summer in 2024 — and then potentially an extremely dramatic summer in 2025.
For some, that’s far enough into the future to not be worth worrying about right now.
For others, the worrying has already begun.
Uncategorized
Recent articles from Stephan Roget