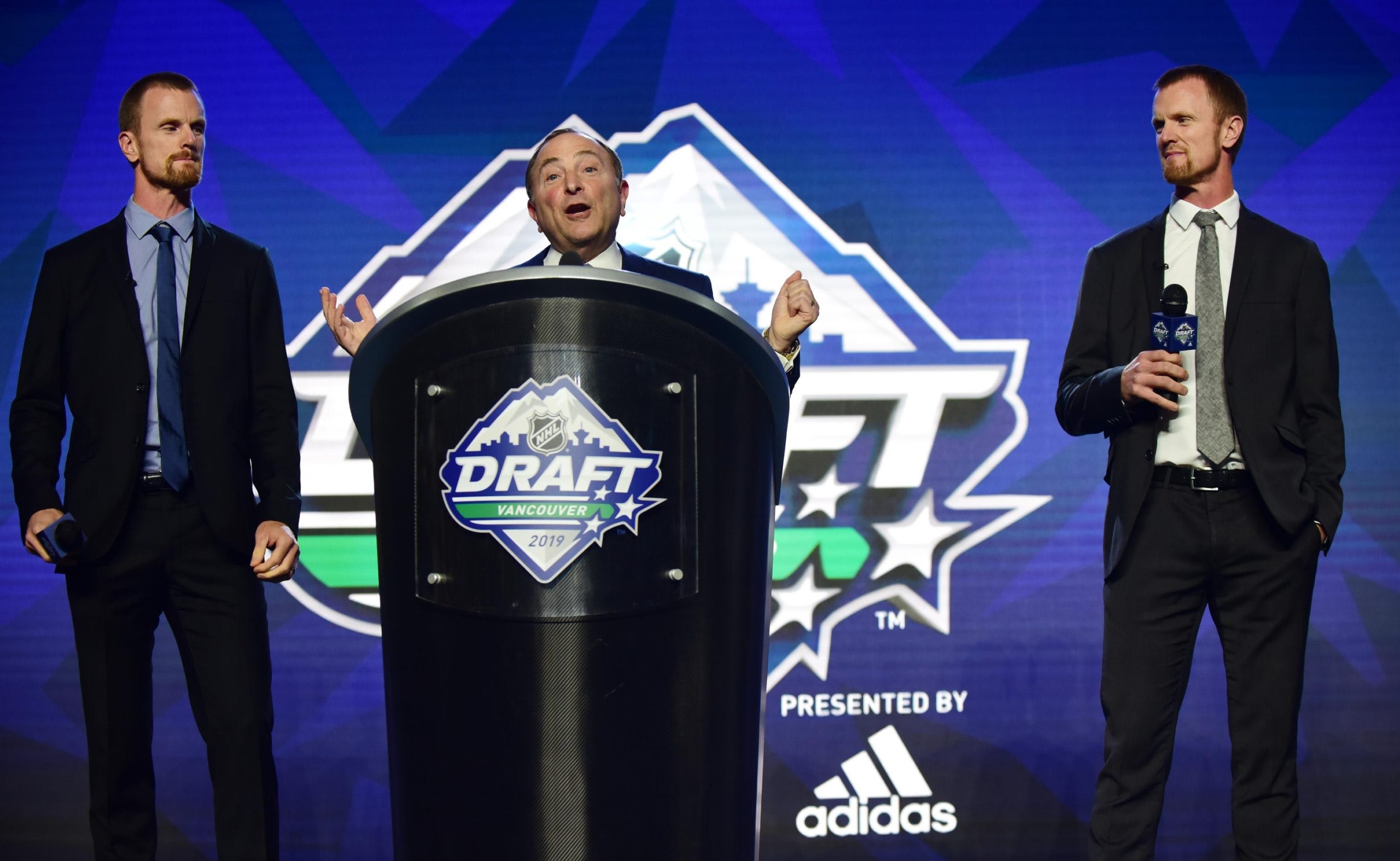 By David Quadrelli
8 months ago
For the first time since the pandemic put the world on pause and subsequently halted the hockey world, all 32 NHL general managers gathered once again, this time in Manalapan, Florida.
It’s been 24 months since they were all in the same room with one another, and there are some new faces this time around.
Among them is Vancouver Canucks general manager Patrik Allvin, who just wrapped up his first trade deadline as an NHL GM.
Here’s what was discussed at the meetings.

As per Daily Faceoff’s Frank Seravalli, the items on the agenda on day one of the meetings yesterday were updates on officiating, George Parros from the Department of Player Safety spoke, a presentation from the NHL Alumni Association, and a panel conversation with Vice President Kim Davis and Respect Group founder Sheldon Kennedy and GMs about abuse, bullying and discrimination.
Officiating dominated the discourse on day one with senior vice president and director of officiating Stephen Walkom making his usual presentation and general update on officiating, addressing any potential concerns, and walking GMs through the evaluation process from games.
The GMs were reminded that calls (and non-calls) are logged from every game and missed calls are addressed directly with the officials involved in the game.
For a full breakdown of day one’s festivities, click here.
On day two, multiple reports surfaced that the NHL salary cap is set to increase by $1 million next season, meaning it will be set at $82.5 million starting in the 2022-23 season.
“The NHL is projecting that the Players will repay their $1 billion debt to owners by the end of the 2024-25 season,” wrote Daily Faceoff’s Frank Seravalli. “If that holds true, the first year the salary cap can meaningfully increase will be 2025-26, aside from the scheduled $1 million increases until then.”

LTIR — and more specifically — its usage as a cap circumvention tool for teams to get healthy bodies into their playoff lineup where the salary cap doesn’t apply, has been a hot button topic of late.
It’s long been reported that LTIR would be something that the GMs wanted to discuss at these meetings, but the league was quick to remind GMs that this is a CBA issue that must be bargained with NHLPA.
That means not much has come out of these meetings when it comes to any sort of real progress on the LTIR issue.
Rather, the GMs agreed to push the issue down the line to July.
”The feeling is that it hasn’t been a massive issue,” said Edmonton Oilers GM Ken Holland. “But enough people in there feel we should continue to monitor it. We’re going to further discuss at the manager’s meeting in July in Montreal at the draft.
“You’re in a salary cap world. You get into the playoffs, an injury can’t be an opportunity to build your team.”

Although it hasn’t been formally agreed upon, the expectation is that the 2024 World Cup of Hockey will take place.
This time around, however, there will be no Team Europe or Team North America, according to Bill Daly.
Instead, the tournament will return to having a traditional field made up of individual countries.
“A play-in event is exactly what’s being discussed by the NHL, the NHLPA, the IIHF, and the various Federations,” said Darren Dreger said on Insider Trading. “They’re meeting this week in Paris and they’re trying to hammer out some of the details.
“You could see a play-in event for some of the European teams in August 2023. We’ve talked a lot about what the World Cup will look like in 2024 and again in 2028, it will most likely be eight teams including Canada, the USA, and the six European Federations. Russia, obviously, is to be determined.”
The meetings concluded today in Florida, and rumour has it nobody brought up the salary recapture penalty… again.
Uncategorized
Recent articles from David Quadrelli