‘I told him no’: Gino Odjick says Micheal Ferland called him and asked if he should try to return to the Canucks 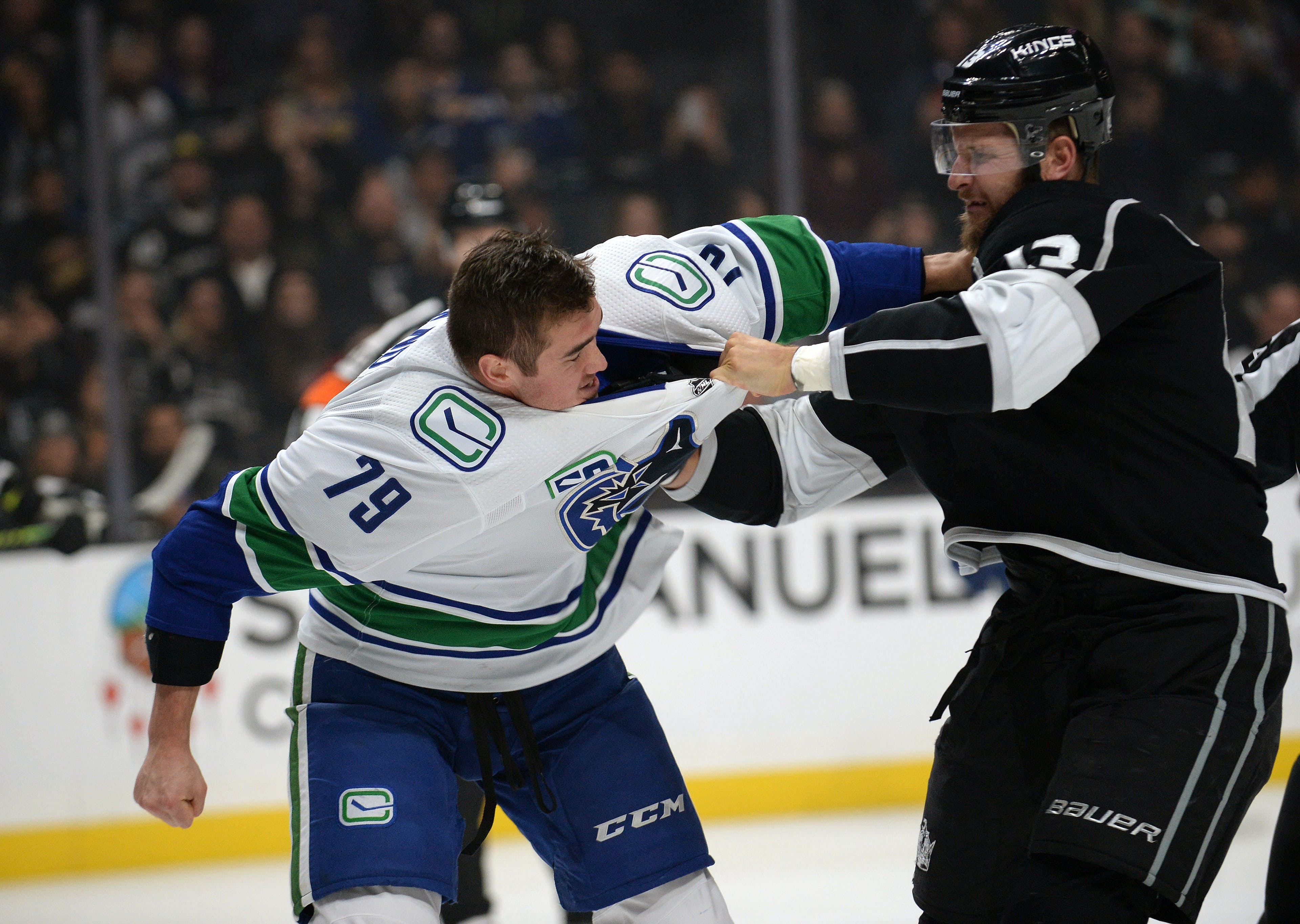 By David Quadrelli
5 months ago
Gino Odjick is admired by many in Vancouver, and this includes Canucks forward Micheal Ferland.
In a Wednesday morning appearance on Donnie and Dhali – The Team, Odjick provided an update on Michael Ferland, and shared the advice he gave him when the Canuck forward called Odjick.
“He’s doing good,” said Odjick. “He asked me, ‘what should I do? Should I come back or not?’
“I told him no…You should worry about your quality of life. But he wants to come back to training camp and give it a try and I don’t know what’s gonna happen. I’d be surprised if he passed his physical.”
Clearly Odjick’s words carried some weight with Ferland, as his agent agent told Dhaliwal later that Ferland’s health is priority number one and that he has no desire to return to the game of hockey.
Ferland signed with the Canucks ahead of the 2019-20 season, and appeared in just 14 games with the club before landing on LTIR after attempting to return from concussion-related issues.
Ferland’s contract expires at the end of the upcoming 2022-23 season.
Odjick, who is being inducted into the BC Sports Hall of Fame in less than two weeks, provided an update on his own health as well.
“Everything’s in remission so touch wood that it stays that way,” said Odjick. “[I] will continue to fight and just be positive. You really appreciate life when you get sick like that, you don’t take life for granted anymore. You really enjoy every day and make sure you tell your family you love them.”
In 2014, Odjick was diagnosed with rare and potentially terminal heart disease AL amyloidosis, a condition that causes abnormal protein to be produced and deposited on the heart.
At the time, he told teammates and fans in a letter that he could be “down to months or even weeks,” an announcement that prompted a massive outpouring of support.
Nowadays, Odjick can often be seen in the press box at Rogers Arena, taking in almost every Canucks home game.
More from CanucksArmy:
Uncategorized
Recent articles from David Quadrelli