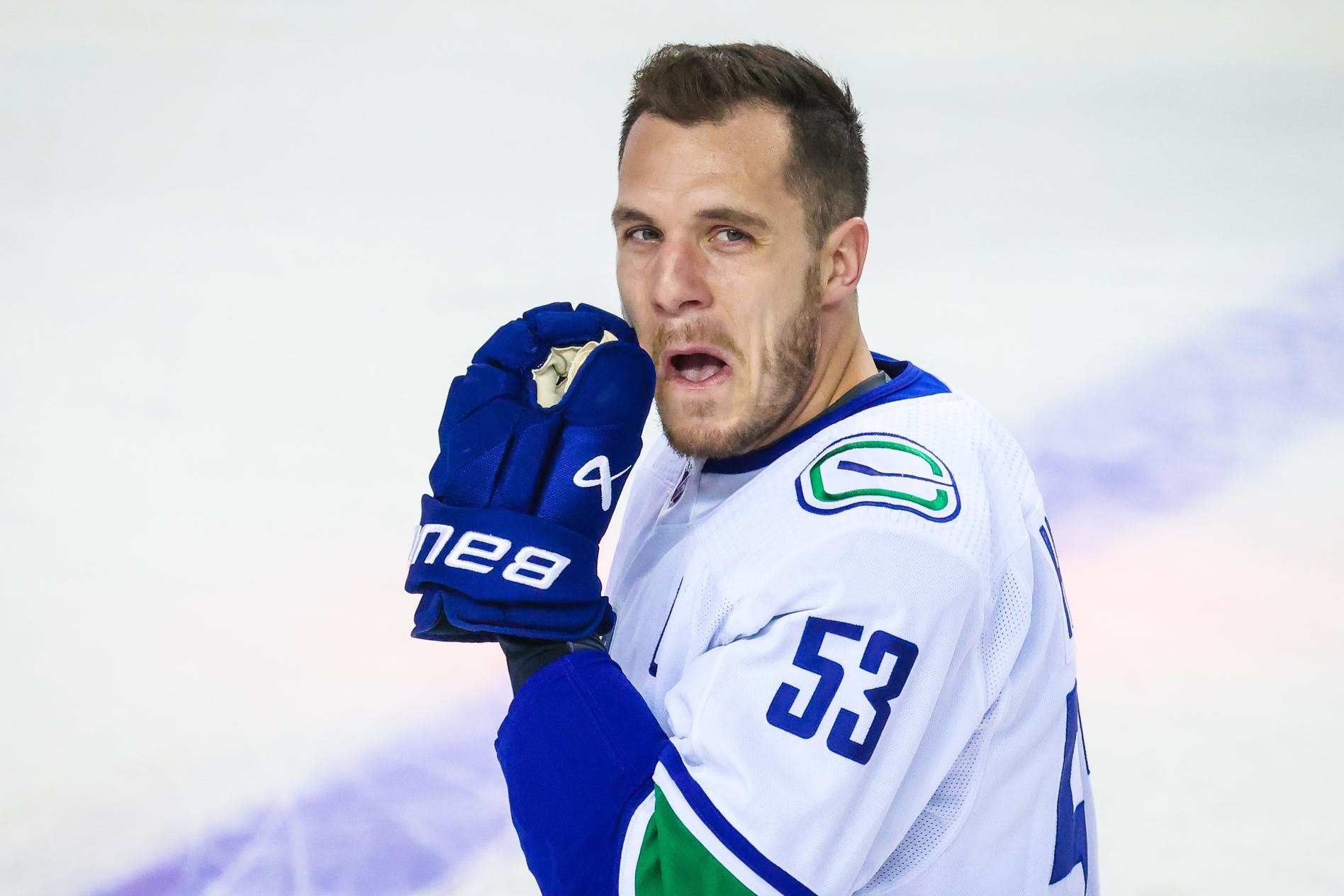 By David Quadrelli
14 days ago
Bo Horvat is joining Elias Pettersson at the All-Star Game, but if both of them are there in Vancouver Canucks jerseys remains to be seen.
Late Thursday night, the NHL announced 12 additions to the All-Star Game, as voted by the fans. Horvat, along with Leon Draisaitl and Stuart Skinner of the Edmonton Oilers, will be joining the likes of Connor McDavid and Elias Pettersson to round up the Pacific Division roster.
The other players voted in are:
Central Division: Nathan MacKinnon (COL), Mikko Rantanen (COL), Connor Hellebuyck (WIN)
Metropolitan Divison: Artemi Panarin (NYR), Adam Fox (NYR), Ilya Sorokin (NYI)
Atlantic Division: Auston Matthews (TOR), David Pastrnak (BOS), Andrei Vasilevskiy (TBL)
This is the second All-Star selection of Horvat’s career, and the first time Horvat’s gone to the ASG since the 2016-17 season. The pending unrestricted free agent has been a man on a mission this season, scoring 30 goals — just one shy of his career high set last season — and adding 19 helpers for 49 points in 44 games played.

It’s been known for a while now that Horvat’s days as a Canuck are unfortunately numbered, and that the team will almost certainly have to move on from him prior to the March 3rd Trade Deadline. We’ve heard more and more teams connected to Horvat in recent weeks, but in the past few days, it seems as though those talks are intensifying.
Late Thursday night, Rick Dhaliwal of Donnie and Dhali — The Team tweeted that he’s “hearing much more activity around Horvat talks”. Earlier, Satiar Shah of Sportsnet 650 said that trade talks have picked up to the point where it wouldn’t come as a surprise to him if Horvat is traded as early as next week — not that Horvat will be traded next week per se, but that trade conversations have picked up to the point where the trade could essentially come down at any time.
On Friday morning, Sportsnet’s Elliotte Friedman reported that trade talks are heating up, and that the Canucks still are not allowing teams to talk extension with Horvat’s agent.
No matter where he’s at by the All-Star game, Horvat can be proud of the performance he’s put together so far this season, and clearly, fans around the league have taken notice.
The 2023 NHL All-Star Weekend runs from February 3-4 in South Florida.
News
Recent articles from David Quadrelli