Fan brings “We Stand with Bruce” sign to Canucks’ game vs. Avalanche 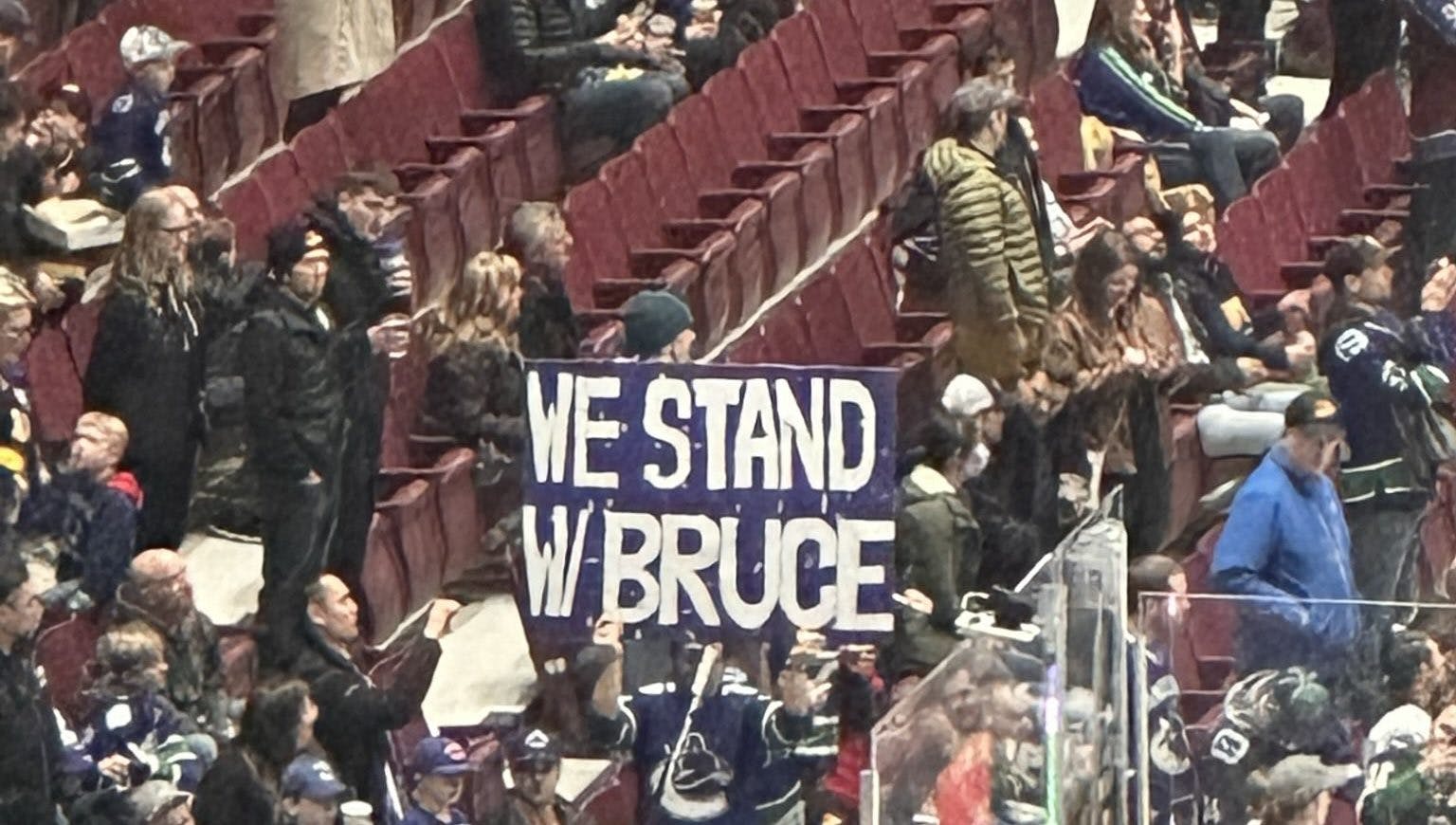 By David Quadrelli
13 days ago
A fan brought a sign reading “WE STAND WITH BRUCE” into Rogers Arena for tonight’s matchup between the Vancouver Canucks and Colorado Avalanche.
Twitter user @greattweetjoce shared the following photo prior to tonight’s puck drop: 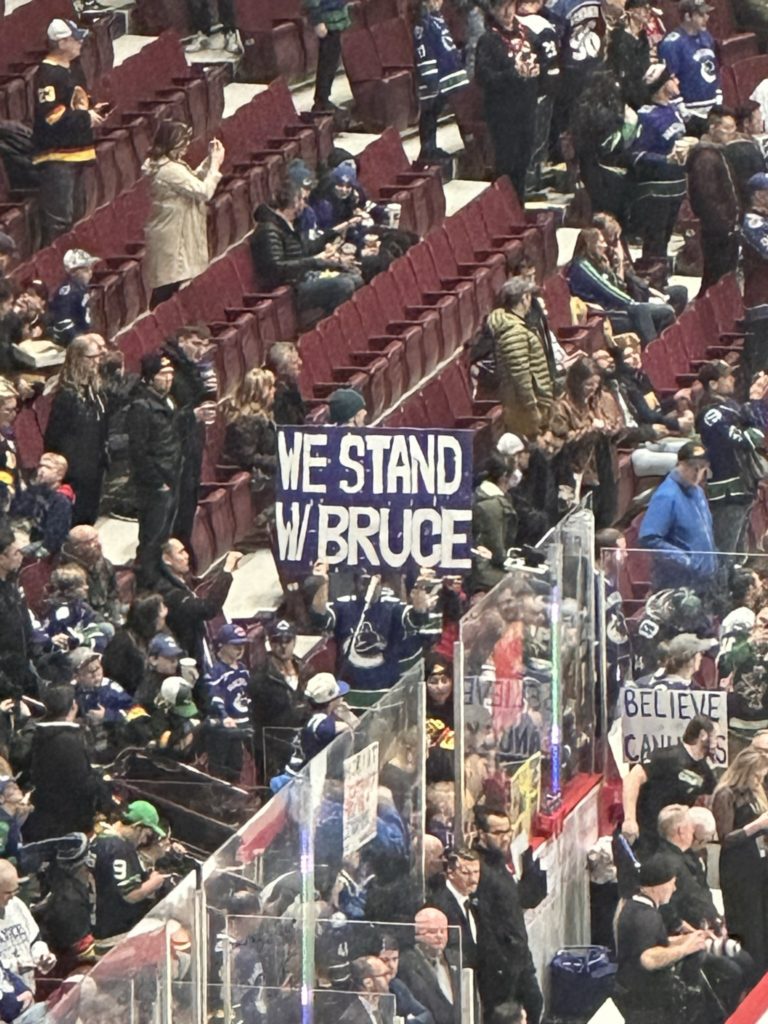 Fans in attendance reported multiple signs along the glass during warmup that showed similar messages of support for the Canucks’ head coach, whose dismissal from the organization has been made public and has seemingly dragged out longer than many would have expected.
For the past week, Rick Tocchet’s appointment as the next head coach of the Canucks has been all but confirmed, and an emotional Bruce Boudreau told reporters today that he’d be a fool to say he doesn’t know what’s going on. Boudreau abruptly ended his media availability when he was asked what it means for him to coach in the NHL.
Boudreau won over the fanbase in a hurry upon arriving in Vancouver, as he led the Canucks to a 32-15-10 finish to the regular season after a dismal 8-15-2 start prior to Boudreau’s arrival. Boudreau had the team playing at an over 100-point pace to close out last season, and the “Bruce there it is!” chant showed how grateful fans were for his efforts behind the Canucks’ bench.
Upon arriving in Vancouver, Boudreau helped Elias Pettersson regain his confidence and gave Pettersson the opportunity to become one of the Canucks’ best penalty killers.
However, this season has been a different story in terms of results, and Canucks management haven’t passed up on many opportunities to suggest that Boudreau and his systems are part of the problem with the team. Boudreau’s days are clearly numbered in Vancouver, and nobody likes the way it seems that the Bruce Boudreau saga in Vancouver is coming to a close.
The 68-year-old Boudreau has a career NHL coaching record of 617-340-128. His worst coaching percentage with one team has come from the past two seasons with the Canucks.

Fans won’t soon forget what Boudreau did to instill hope into the fanbase after such a dismal start last season, and Rick Tocchet will certainly have his work cut out for him when he eventually takes over for Boudreau behind the Canucks’ bench.
News
Recent articles from David Quadrelli