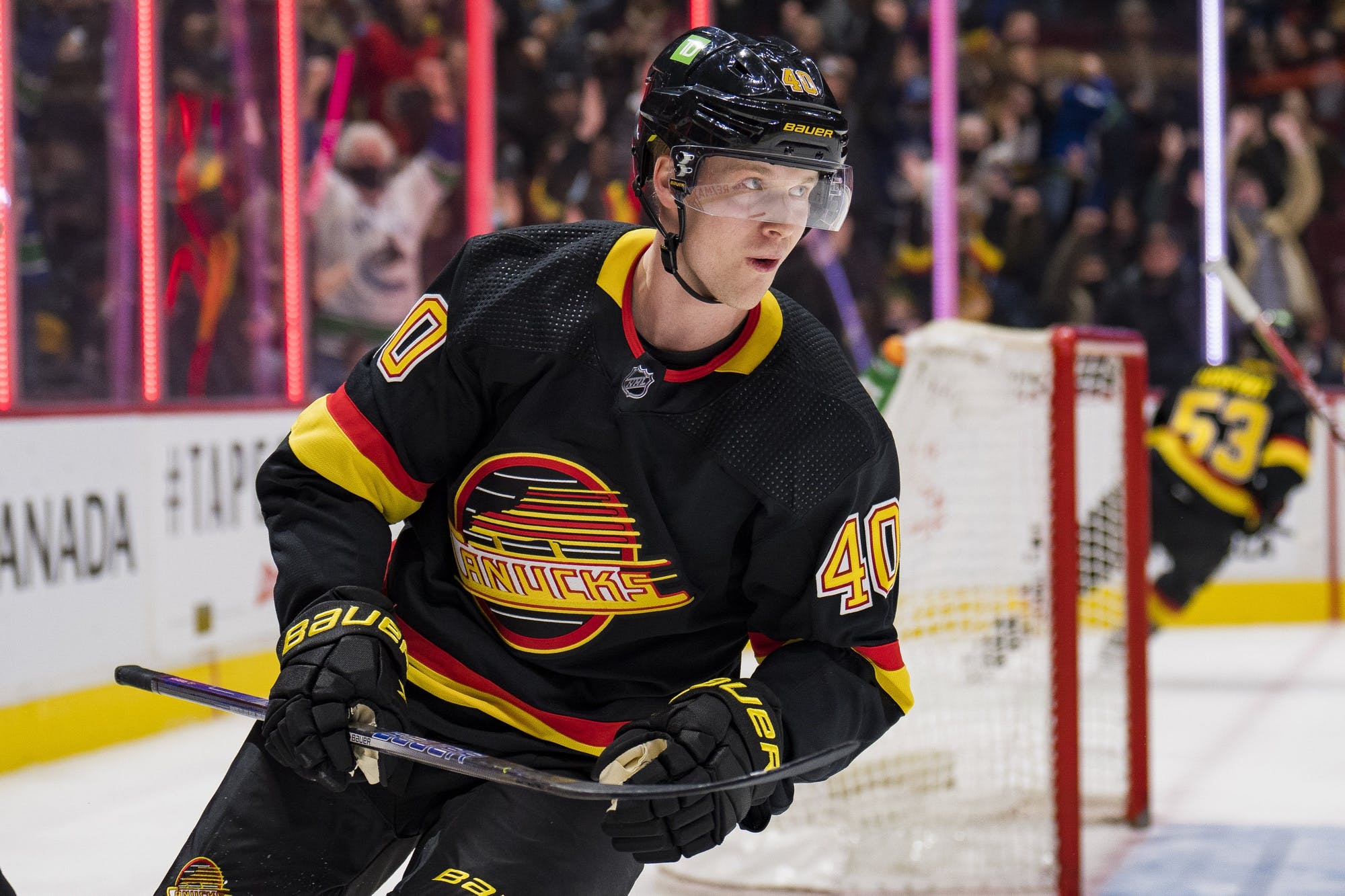 From Dobber’s Frozen Tools
This season, things will be different. Boudreau has stated that he wants some consistency and chemistry to develop with his lines, and he’s starting that process early in Training Camp. Pettersson can, at the very least, count on spending longer than a tenth of the season on a single line.
Nevermind that those linemates should just be, in general, a little better. Pettersson’s linemates were all pretty talented last season, but the Canucks’ top-nine is now absolutely loaded up on talent. Whoever he plays with will be a definitively top-nine-quality player, and probably a definitively top-six player. No more spending large chunks of the year with Jason Dickinson, Nic Petan, or Alex Chiasson riding shotgun.
Even those not on Pettersson’s line should benefit his overall production. With the Canucks running one of the best center cores in the league, opponents will have no choice but to split up their defensive coverage. Do your best D-zone players go out against the Pettersson line, or do they match up with Miller? Either way, the other line benefits, and both will get their chances.
Plus, with Bo Horvat as the nominal 3C and a strong fourth line being constructed, Pettersson will have to deal with B-tier defensive duties of his own, at best. On either end of the ice, Pettersson’s deployment will become more favourable, and that obviously pays off on the scoresheet.
The last, but perhaps most important mitigating circumstance on Pettersson’s upcoming season, is his age. Pettersson will hit 24 about a month into the season. Every player ages and develops differently — just ask JT Miller — but, in general, Pettersson is entering his statistical prime. There are different models out there to choose from, but all seem to agree that peak production years are most likely to come between the ages of 23 and 28. Pettersson has all those years ahead of him, including this year.
Put differently, Pettersson is both in his prime and primed – primed to have the best season of his career to date, and primed to be recognized as belonging to the upper echelons of NHL talent.
Editorials
Nation Takes
Recent articles from Stephan Roget