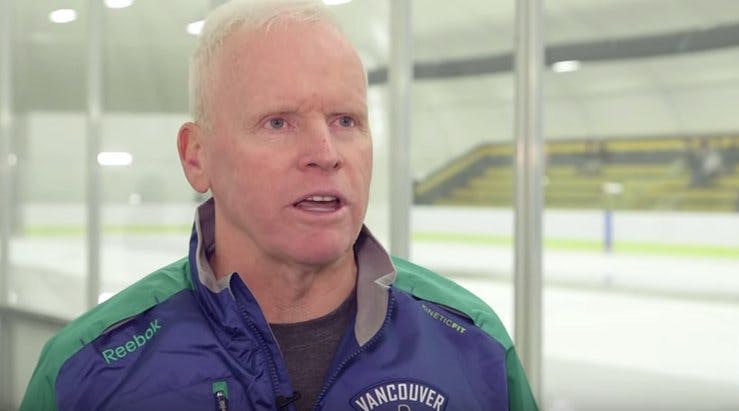 By David Quadrelli
9 months ago
It’s a streak that’s lasted for the last 35 years, and it’s about to be broken.
Former NHL forward and current Vancouver Canucks senior advisor Doug Jarvis’ ironman streak record — the record Jarvis set by appearing in 964 consecutive NHL games without ever missing a game — is about to be broken tonight by Philadelphia Flyers defenceman Keith Yandle.
Yandle’s run began on March 26, 2009. The last game he missed was the one before immediately before that — when he was healthy scratched by head coach Wayne Gretzky playing for the then-Phoenix Coyotes. He hasn’t come out of the lineup in the near 13 years since.
Yandle is set to pass the mark tonight when the Flyers take on the New York Islanders on the road.
“I’m happy for these players,” said Jarvis. “I knew coming into the year that the mark would be passed. I obviously knew there was Keith and Phil Kessel and I think Patrick Marleau was even a possibility this year so I knew it would be passed, but I’m happy for them that they’ve arrived there and am happy they’re in good health and have been able to enjoy this season in an injury-free manner.”
Yandle tied the record yesterday when the Flyers lost to the Dallas Stars, and reflected on how he got to this point.
Yandle said he has not once lobbied to stay in the lineup to keep the streak alive.
“That’s not my job,” Yandle told Philadelphia reporters. “Every guy wants to play in every game. I’ve never been a guy to mention it to a coach. Not one player is bigger than the team. I just hope to be in the lineup every day and help my team.”
Yandle has somehow managed to avoid contract COVID-19 and remain in the lineup each and every night. Flyers defenceman Ivan Provorov had his consecutive games streak snapped recently at 403 because of COVID-19, a run that was already the fourth-longest active streak in the league.
“It’s just the times we’re living in,” Yandle told Philadelphia reporters. “It’s stressful for everyone … you don’t want anyone to miss games because of that. I just try to say safe and do my part.”
Jarvis reflected on the day his streak almost ended — and probably would have if he was playing 20 years later.
“There was an incident when I was playing for Washington and we were playing in Detroit,” recalled Jarvis. “I’m thinking it was probably roughly about the 700 game mark, near the end of the game trying for an empty net and I got body checked at centre ice and my helmet kind of partly came off and I didn’t remember a thing until the back of my head was stitched up with six or eight stitches.
“Certainly in today’s game that would have ended the streak at that point, with the concussion protocols that are in place and all. But at that time, I was checked out, it seemed like ‘why can’t you keep playing?’ and I did.
“That was probably the closest I came to having the streak end.”
Congratulations to Keith Yandle for breaking the record and to Doug Jarvis for hanging onto it for the past 35 years!
Uncategorized
Recent articles from David Quadrelli