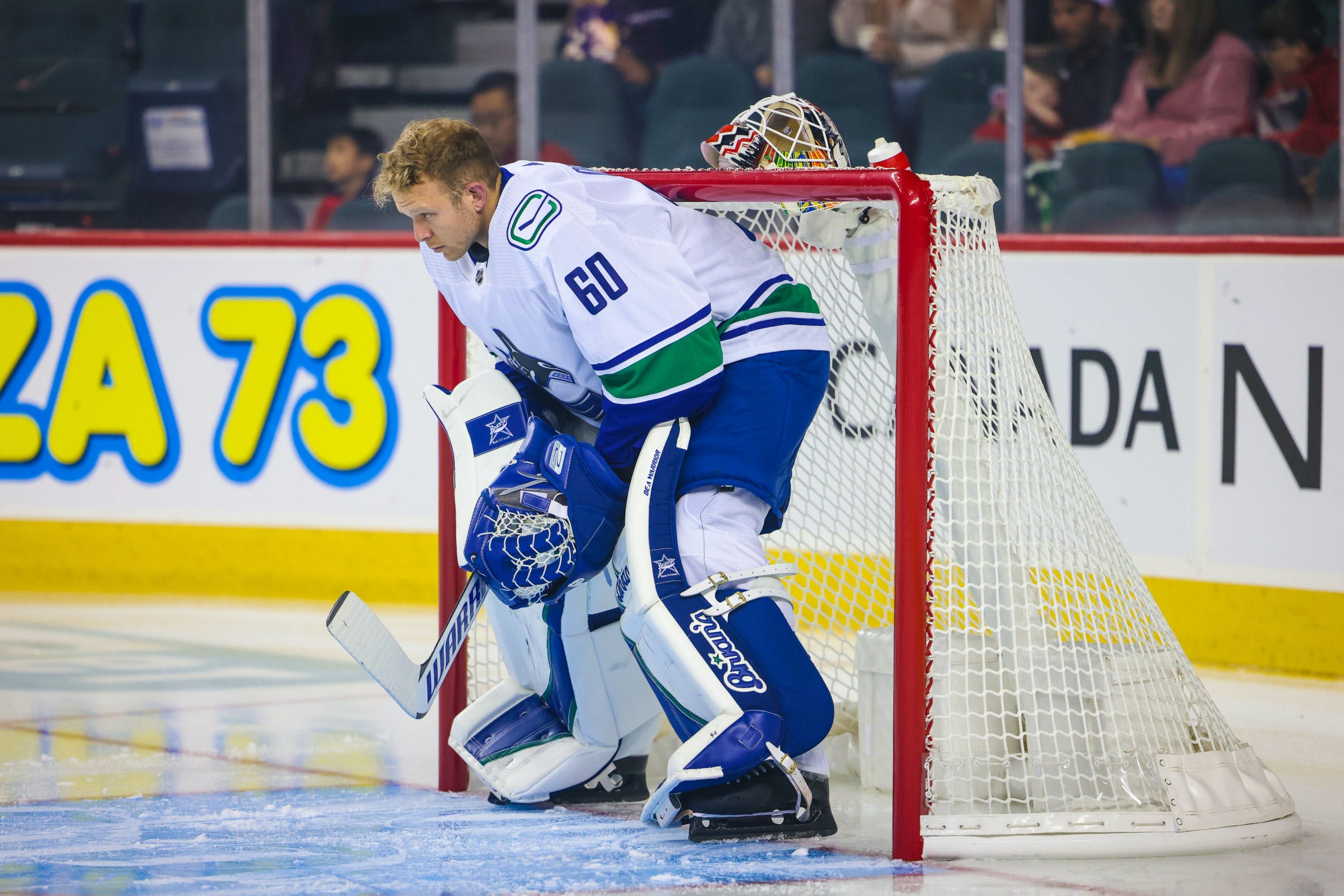 By David Quadrelli
1 month ago
Goaltender Collin Delia is ready to rejoin the Vancouver Canucks after his wife Ava gave birth on Monday morning.
General manager Patrik Allvin announced Tuesday morning that the club has recalled Delia on emergency conditions a day after calling up Arturs Silovs to serve as backup last night against St. Louis.
Silovs returns in time for Abbotsford’s game against the San Jose Barracuda, as the Abby Canucks were looking pretty thin in the crease.
Delia returns to the NHL club in time to be available for both Thursday night’s game against the Seattle Kraken, and the Canucks’ Friday night visit to Edmonton to square off against the Oilers before the Christmas break.
Delia could (and probably should) absolutely find himself starting one of those games as the Canucks are still without Thatcher Demko. Spencer Martin hasn’t been spectacular as of late (neither has the team in front of him) and could probably benefit from a night off.
Silovs, on the other hand, will rejoin the likes of Travis Dermott, Vasily Podkolzin, Nils Höglander, Jack Rathbone, and the rest of his Abbotsford Canucks teammates for their games tonight and tomorrow against the visiting Barracuda.
Expect Silovs to start both of those games.
News
Recent articles from David Quadrelli