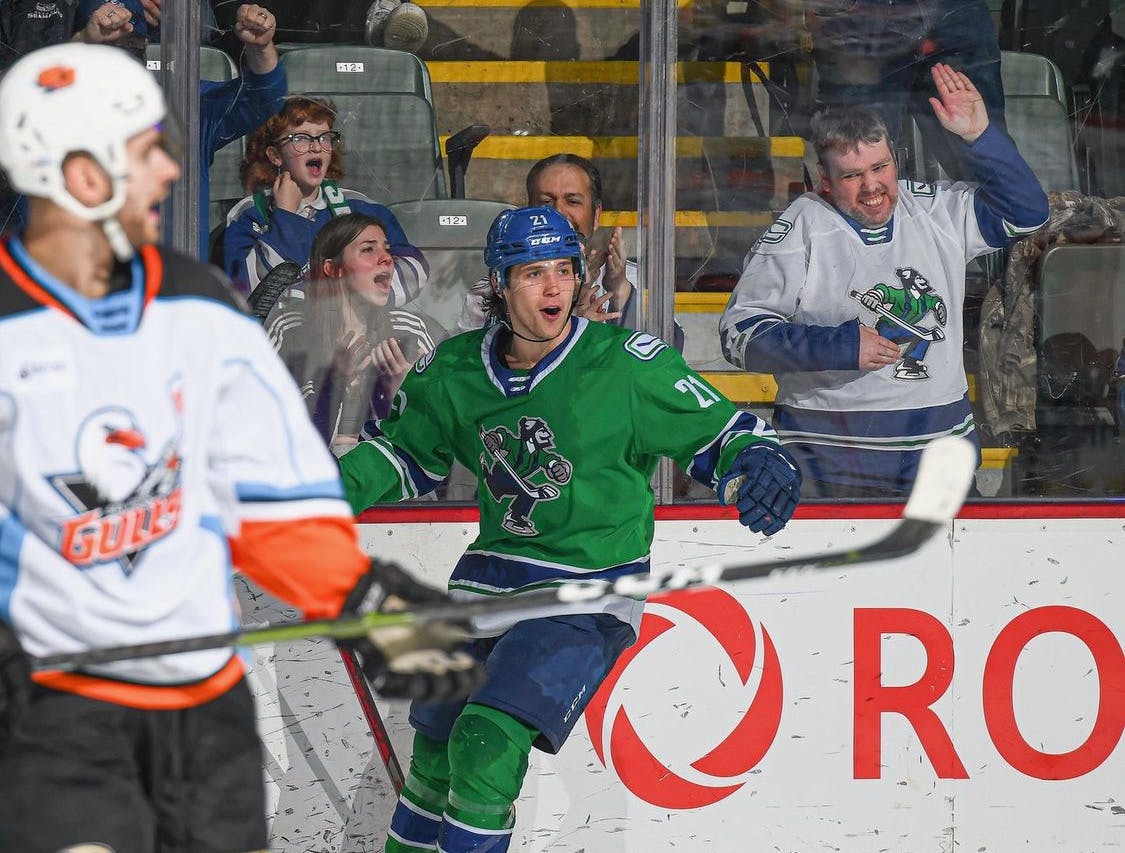 By David Quadrelli
1 month ago
The Abbotsford Canucks have named Chase Wouters their first captain.
Abbotsford general manager Ryan Johnson made the announcement during a team meeting today in Ontario, California, the club revealed Thursday afternoon.
“Leadership is what you do every day, and Chase is an everyday leader,” said Abbotsford head coach Jeremy Colliton. “The qualities that we want our team to have, he has.”
“The city has been amazing,” Wouters said. “The fans and the people and the community around the Abbotsford Canucks is amazing, and it’s an honour to be playing here.”
Wouters has a reputation dating back to his junior days as someone who’s an incredibly hard worker and a natural leader.
Wouters served as the captain of the Saskatoon Blades for three seasons from 2018-2020, and had his jersey retired by the club shortly before signing his first pro contract with the Abbotsford Canucks last season.
In his rookie season with Abbotsford, the 22-year-old North Battleford, Saskatchewan product tallied five goals and 13 assists through 60 games.
The Abbotsford Canucks kick off their season tomorrow against the Ontario Reign, followed by a meeting with the Bakersfield Condors on Saturday.
News
Recent articles from David Quadrelli