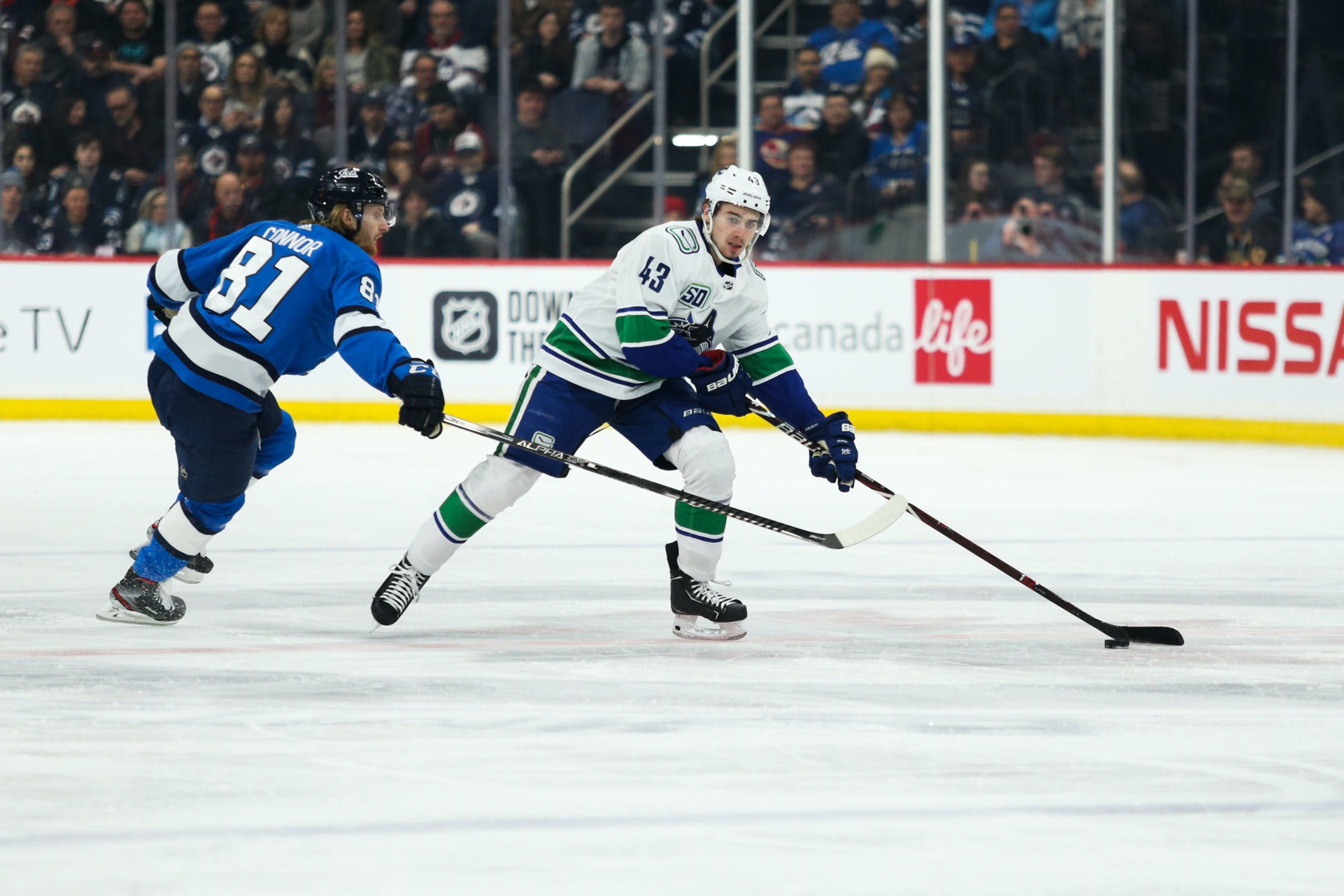 There is a renewed hope in Canucks land. A dismantling of the Senators will do that. Tonight, the Canucks take on the Jets in Winnipeg which will feel a lot like Vancouver without the fans but without the benefit of last change. The Lotto Line looks to have found their legs and if anyone says anything negative about Brock Boeser, so help me.
The Jets have been grounded for the better part of this week and they’ll either have a full tank or they’ll be ripe for the picking. Regardless, the Canucks haven’t done well in Manitoba so it’s still going to be a tough game. Tyler Myers is going to have himself a game, it just feels so much like that’s going to happen.
Let’s Do This!™

It’s a back and forth game with Adam Gaudette and Jake Virtanen. Rotating healthy scratches doesn’t speak well for either of them while rookie Höglander essentially walks on and outshines them in the very first game.
Olli Juolevi could play tonight but Jalen Chatfield stacks up a bit better in a game that will easily have a track meet built-in. Check the updates on DFO and Twitter.
On the one hand, Braden Holtby had a great outing last time but so did Thatcher Demko. It’s probably Holtby in net. Yep, the turtle gets the start.
CANUCKS LINES COURTESY OF DAILYFACEOFF.COM:
Pierre Luc-Dubois is still in quarantine so the Canucks won’t get to see him this time around. Cole Perfetti was recalled recently and wouldn’t that be awesome to see him get his first taste of the NHL tonight? Bryan Little, Nate Thompson, and Tucker Poolman are all on IR.
Connor Hellebuyck has been hanging out for a few days with no games; he’ll start tonight.
JETS LINES COURTESY OF DAILYFACEOFF.COM:

The finish we all wanted

The gravy train is over. A win against Winnipeg would prove two things: they actually beat Winnipeg and that this team was just warming up. Of course, losing in any other fashion than a nailbiter will reset any progress made this week.
I’m cheering for positivity and a win. I’m cheering for Brock Boeser and the first lacrosse attempt for Nils Höglander.

If the Canucks are prepared to play a hard 60-minutes this could be a good match but there can’t be any passengers against a Jets team that has had their number for years. Vancouver’s defence has to be solid.
Uncategorized
Recent articles from Always90four